Which frequencies does VDL Mode 2 use when used via the ATN (rather than ACARS)?

If I understand the slide below correctly (source), CPDLC can be used either via ACARS or via ATN.

I know that, in the case of VDL Mode 2, there are specific ACARS frequencies. Which frequencies are used when CPDLC runs over ATN? 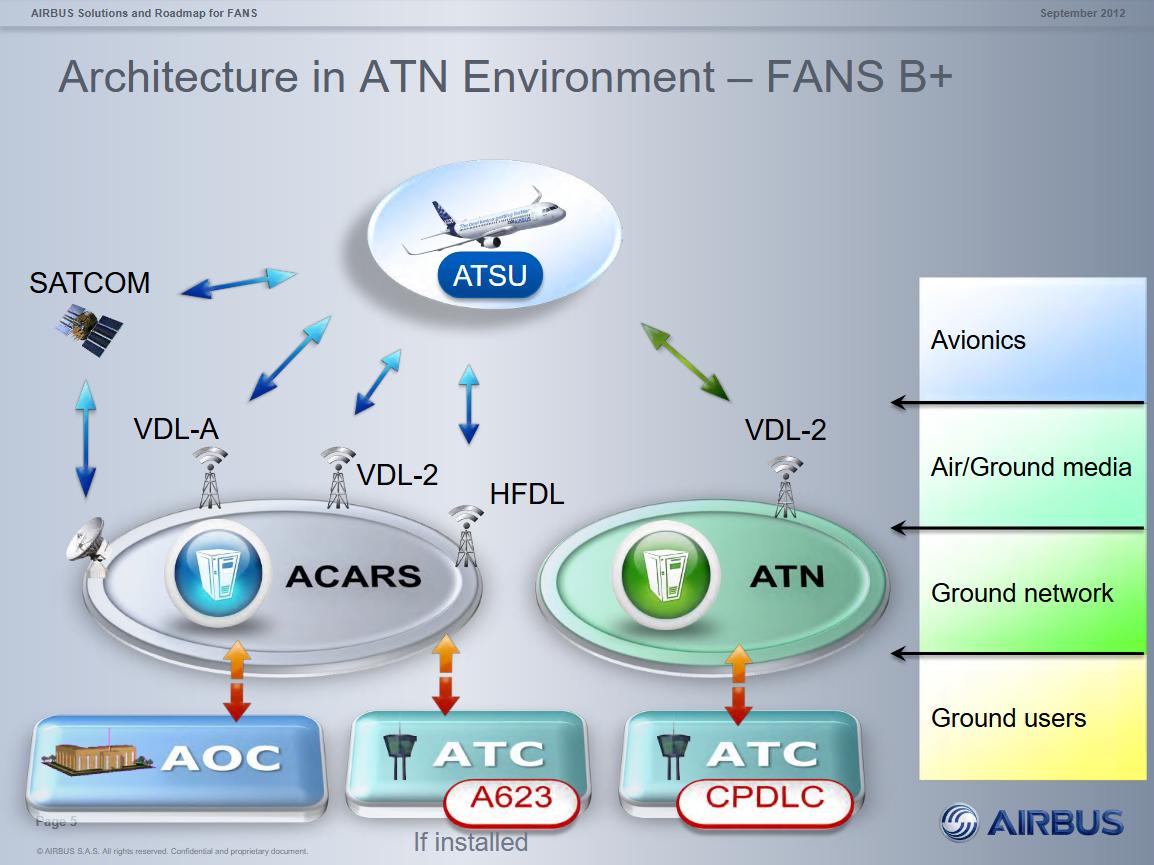 Some additional information (and corrections)...

The slide is not totally correct (sorry for Airbus) as the same VDL-2 ground stations are used to transport both FANS-1/A CPDLC (A623) and ATN CPDLC over the AVLC protocol (VDL-M2). The two networks are interconnected... But depending on the media access scheme (Plain Old ACARS (POA - refered as VDL-A on the slide) or AOA (VDL2)) the modulation and the frequencies used differs. In Europe, VDL-M2 is used between 136.7 and 137 (ICAO).

As by 2020 ATN-B1 CPDLC above FL285 will be mandatory, datalink will only be performed on this band using VDL-M2 and no POA.

However, it is true to say that there are two CPDLC. The ICAO-standaridzed one (or compliant to the ICAO-ATN -- as used in Europe) and the non-ICAO compliant initially developed by Boing (as used in the US and oceanic -- also known as FANS-1/A). The two CPDLCs have very similar features and capabilities contrary to what have been told previously. The difference between the two is the end-to-end performance requirements and insurance of delivery (PM-CPDLC - PM=Protected Mode) available on ANT CPDLC and not for FANS-1/A CPDLC (there is no way to ensure a message have been successfully transmitted with FANS-1/A).

FANS-1/A CPDLC is transmitted via the ACARS network using Plain Old ACARS (POA - refered as VDL-A on the slide) or AOA (VDL2), while ATN CPDLC is only transmitted via VDL2 (SATCOM is being validated at the time of writing).

Link2000+ is the name of the development project of VDL2 (US and Europe).

Have a look in the book "Aeronautical Air-Ground Data Link Communications" for further information between the two (with some historical background).

Not the answer you're looking for? Browse other questions tagged radio-communications acars cpdlc or ask your own question.

5
How can shifting to TCP/IP make current aviation systems more delay-tolerant?
3
How does VDL relate to ACARS and CPDLC?

7
Is it possible to ping ACARS repeatedly and track an aircraft?
4
What are the ACARS frequencies and what is their usage?
8
How are multiple frequencies monitored at once?
3
How does VDL relate to ACARS and CPDLC?
3
When do pilots have to submit position reports?
0
What is the sequence of ATC frequencies for final approach at JFK?
7
Can one "create" a private interpilot air-to-air frequency to chat?
1
Current FMS with COMM tunning function capability?
0
How is the load & trimsheet form sent to ACARS?
7
How is the Flight Plan Data transferred into an aircraft/plane?