Why is London City getting a virtual tower? 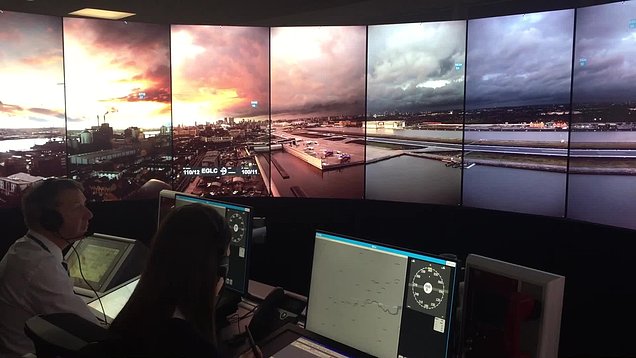 London City is not a remote-low-traffic airport. Staffing a remote airport is like having lighthouse keepers. That I understand.

And yet the tower will be closed, and moved off-airport to become a virtual tower.

All those working on the project are very happy apparently, and the press releases (and videos) don't reveal much. I don't get it. The only thing that I saw as a positive, was an augmented reality overlay on the screens that highlights nearby drones.

(...) a critical new safety feature means the cameras will be able to pick out rogue drones near the airport, as well as light the runway at night.

Why would a major airport undergo such change? What problems are being solved?

airport airport-design uk
Share
Improve this question
edited May 22 '21 at 14:16

London City is severely space-constrained, being on an island in the Thames. Moving the tower means more space for functions that cannot be moved.

... will also include an extended terminal building, enabling it to serve two million more passengers a year by 2025.

A high tower means substantial foundations, so you can't just stick the tower on top of another building. You have to build around it.

Not the answer you're looking for? Browse other questions tagged airport airport-design uk or ask your own question.

3
What airport proposal(s) has London seen after WWII?
8
Is it fact or fiction that Ashgabat control tower is misplaced?
15
Why aren't there direct flights connecting Honolulu, Hawaii and London, UK?
34
Are private jets allowed to land at London Heathrow?
4
What procedures are in place at London City Airport for emergencies after V1?
4
What were those multiple flights leaving London night of 29th Aug 2019?
32
What is this second smaller runway next to London City Airport?
28
Why do airports in the UK have so few runways?
1
Why does London have so many airports?
4
Does the angled parking scheme of London City (LCY) increase the number of aircraft that can be parked in the small apron?