What are the airflow patterns of a helicopter when operating in ground effect?

When operating in the air cushion region of approximately 8 inches and below to the ground what pattern does the downward flow of air flow?

What happens at a height of 8 inches and below in the hover in ground effect is a function of rotor diameter: everything is relative. Ground effect becomes noticeable at about one rotor diameter from the ground surface, so if your rotor is 8 inches in diameter there is not yet a significant change of the downward air flow. 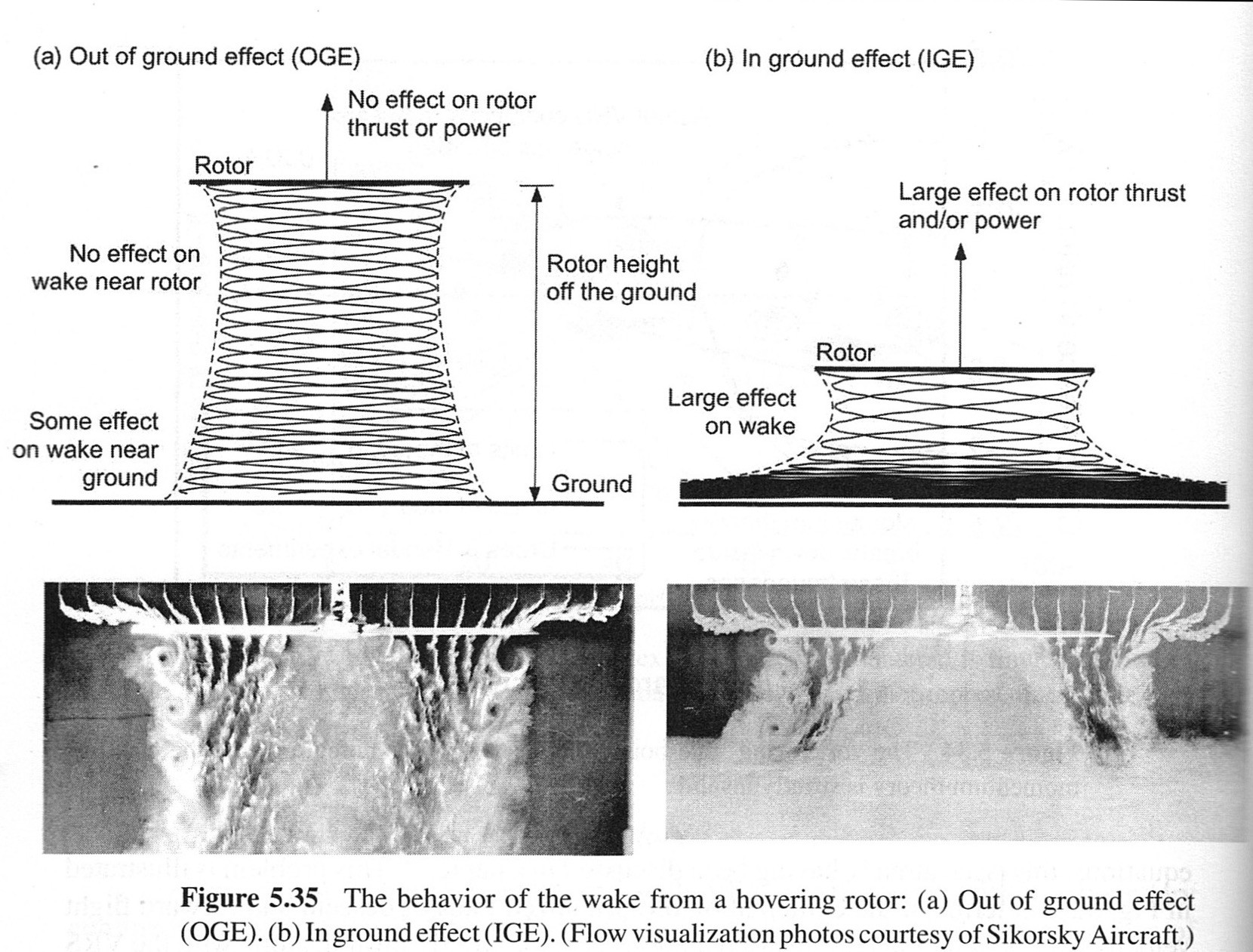 If we limit ourselves to discussions of flow as a function of rotor diameter, we can see the following happen as illustrated in the above figure, from J. Gordon Leishman, Principles of Helicopter Aerodynamics:

The spiralling blade tip vortices are compressed and spread out as well, and this has a large effect on wake fluctuations, particularly noticeable for a ground observer. What exactly happens regarding spiralling gusts is not yet fully understood - from Prouty, Helicopter Performance, Stability and Control, page 68:

The wake in ground effect is not really a steady flow..., but a flow with large scale fluctuations that can be felt as gusts by an observer standing near the helicopter. Reference 1.21 speculates that these fluctuations are associated with the vortex that is made up of the individual vortices from the blade roots.This vortex apparently writhes like a pinned snake along the ground, causing the entire wake to shift and wobble.

Pilots occasionally report that when hovering in ground effect, they experience random yaw disturbances. This is probably due to the effect of the root vortex as it writhes near the tail rotor.

Not the answer you're looking for? Browse other questions tagged aerodynamics helicopter ground-effect or ask your own question.