What is the typical voltage used on jet airliners?

I have seen several parts that use 28 Volts DC, is this a standard for jet airliners (e.g., Airbuses and Boeings).

Here's a general idea of what the Boeing 787 Power Distribution System consists of: 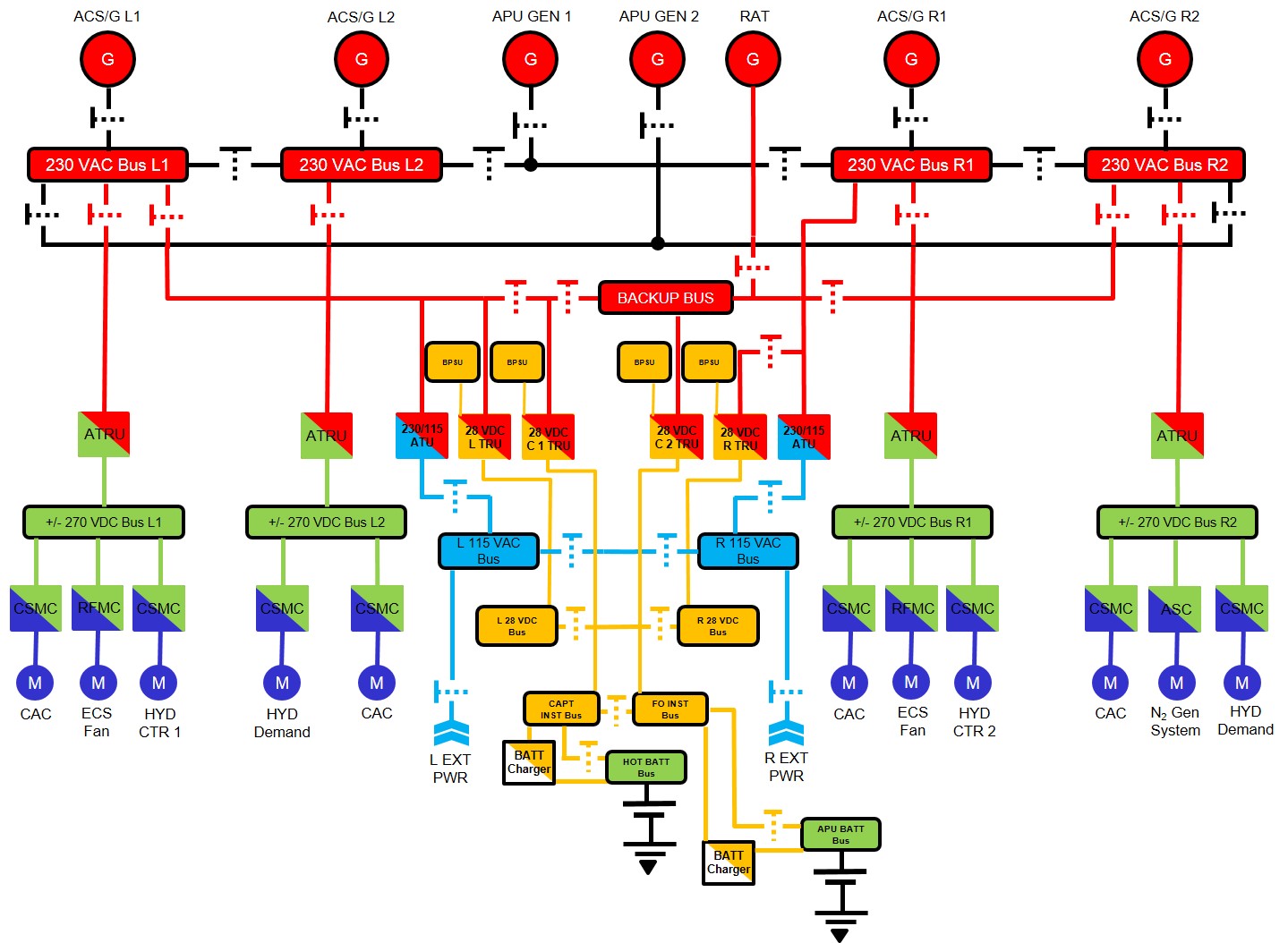 Airbus use 28V DC, largely for things like sensors etc., so the overall power usage on the DC system is quite low: As an example, the A350 has 4 Transformer Rectifier Units (TRUs) which convert AC to DC. 2 of them are designated as 'normal' and 2 as 'emergency'. Each one has a nominal power of about 300W. Total DC system usage is about 500W. . Unfortunately I don't know about Boeing.

EDIT: Was curious - looks like Boeing use 28V DC as well - which makes sense, I expect Airbus used 28V DC on the A300 as that was the standard at the time, and just kept using it until today.

Not the answer you're looking for? Browse other questions tagged airliner jet electrical-system battery or ask your own question.

5
What are the relative internal noise levels in various aircraft?
10
Why do military aircraft use a different kind of aviation fuel?
18
Why does the speed of commercial airliners fluctuate, sometimes as high as 1,060 km/h or as low as 800 km/h?
16
Have we seen the last significant experiments in the configuration of jet airliners?
14
What's the plug used on airliners for ground power?
34
What does “28 volts DC” mean, really?
4
Other than the 747, are there any other current, recent or planned airliners with a nose door option?