This question relates to the Flight Management System of a large airliner, e.g. Boeing 787:

During a flight, when the aircraft passes a waypoint, is this just passed waypoint (and the previous ones) still shown on the legs / FPLN page of the Flight Management System? Asked differently, can I scroll through all the past waypoints or are they automatically deleted once I have passed them?

Does the same apply to the Navigation Display (if I'd zoom out enough), would I still see all already sequenced waypoints and the past route, or do I only get to see the upcoming route and waypoints?

If they are not visible any more, why so?

Previous waypoints are not shown on the 787's CDU. However, they are shown on the map as @skipper44's answer shows. Other planes handle it differently.

The 787 EFB does not show the plane position. Only very recently the FAA allowed own-ship display on moving maps.

As to why, there is no use for it. The POS REPORT page on the 787 would show the three waypoints needed for position reports (from, to, and next).

Some airways are one-way, so it's not like a U-turn will be needed (there is also no reverse sequence function). Any emergency gets priority and a direct-to the nearest suitable airport (weather and terrain permitting).

If the whole plan is needed (on display) for some reason, it can be reloaded as a secondary inactive route (if saved, or if can be requested via uplink).

On the MD-11, the progress page shows the last waypoint (singular), but not the 787, so minor differences can be expected. Above applies to the 787's route legs and progress pages.

The B787 is one type of implementation, others could vary. Yes, if you were able to zoom out enough you would see previous WPTs though they are no longer displayed on the active plan 'legs page' of the FMC CDU. Though I've shown the normal ND Map mode display below, there is another mode called Centered Map mode that displays the airplane at the center of a '360deg compass rose' type display with half the selected range in front and half the selected range behind the airplane and the active route displayed for both forward and aft areas. 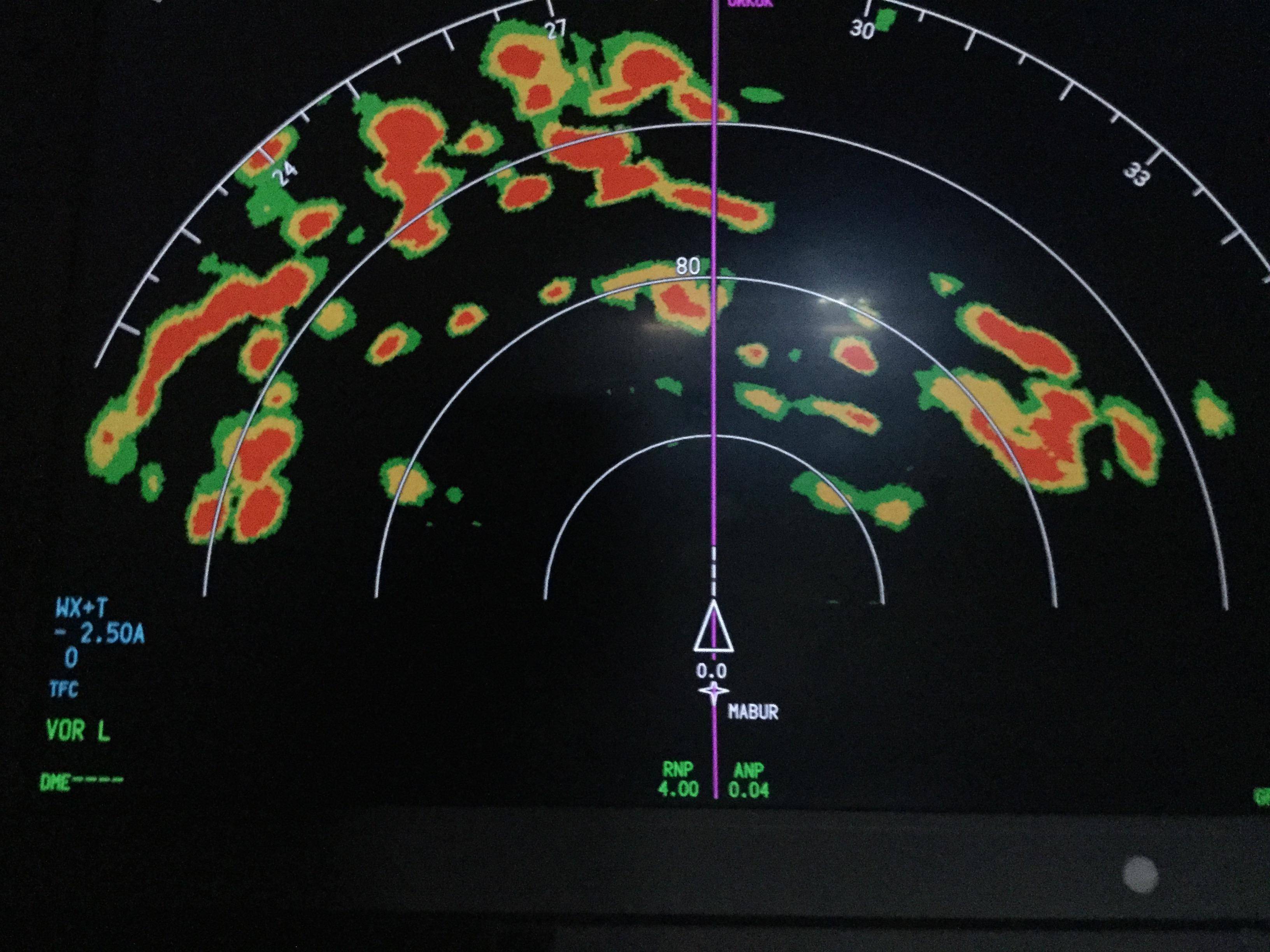 The FMC/CDU does not keep a history of the flown route, but at any given time, two routes, named RTE 1 and RTE 2 can be stored on the FMC for rapid activation, and one of these, conventionally RTE 1 is activated to become the 'live route'.

So though on the active flown route there's no realtime history, of WPTs passed, instead, the route as originally planned can be viewed on the CDU and ND Plan mode (North UP) by looking at RTE 1.

Your question "If they're not visible now, why so?", could instead be applied to the CDU, in which case the argument against would be:
(a) Having this RTE 1 available for rapid activation in case of a loss of the FMC Route, is the most likely scenario for it's use.
(b) For the en-route diversion scenarios The B787 has other dedicated methods.
(c) This system implementation is more suitable for long range flights having many possible diversion scenarios. A turnback and diversion back following the route history is unlikely in today's airspace structure and air traffic.

Not the answer you're looking for? Browse other questions tagged airliner navigation fms waypoint display or ask your own question.

4
Are there any air navigation uses for the HF frequencies?
4
Are there ground stations at the waypoints a pilot may fly to?
5
Does an Airbus A320 Navigation Display depict constraints for flightplans other than the primary?
1
Where are the first two waypoints for runway 4R departures from KBOS?
5
What is the distance unit on a navigation display?
3
What are some of the longest flights without modern navigation systems?
0
Is there a manual which describes the algorithmic procedure on which the Vertical Navigation Guidance is based?
1
Can the 787 mini navigation display be controlled independently from the ND?
1
What are those polygons on the Garmin avionics navigation display?