Why would an airplane tip backwards during unloading? [duplicate]

I flew on JetBlue Flight 1011 BOS-ORD today, 2017-01-14. At the arrival gate, after 2/3 of the passengers had deplaned, a flight attendant asked us to stop and wait. He told us that the pilots were concerned that the plane was "tipping" to aft. I overheard the pilot say that the front landing gear was fully extended. The pilot also mentioned that they had "never seen anything like this," that there was no cargo on board, and that the baggage handlers had 30-40 bags remaining at the rear of the plane. After about ten minutes, we were all allowed off. 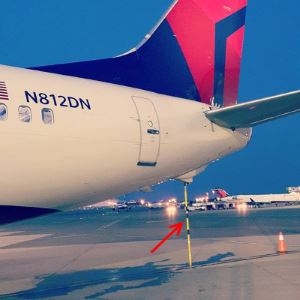 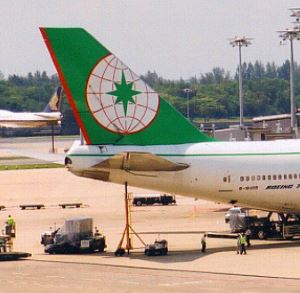 A picture is worth a thousand words... Passenger airplanes do not fasten baggage in the belly down, occasionally there can be a concern from the baggage pilling up at the tail (i.e. turbulence). New baggage employees may also have offloaded the aircraft wrong - unloading the front first.

I have been on airplanes where the flight attendants moved passengers from the rear of the airplane to first class because the aircraft was too tail heavy.

Most newer jets have pressure sensors on the gear. This allows the flight computer to show the crew how the aircraft is loaded in real time. The pilot may have received a warning the nose gear was too light or he may have notice the aircraft tipping up.

20
Can passenger distribution cause a parked airliner to tip?
12
Which Aircraft Models need a Tripod Jack for tail support at airport?

13
Is there any reason for why the cabin temperature would suddenly become very high?
50
Why are the lights inside commercial airplanes turned off during take off and landing?
22
Does weight and balance of an airplane matter more on takeoff?
5
Would hydrogen fuel tanks on an airplane increase lift?
4
Why are passenger required to put their phones in Airplane Mode during taxi to gate?
12
Why would a copilot's window be shaded/covered?
10
Is there a common maintenance issue requiring filling a hole in the tail on the A321?
7
If a winglet disconnected from an airplane mid-flight, what would be the consequences?
8
Is it possible for a plane to be over fueled (and over-weight) to take off?
0
During which phase of the mission profile, the airplane fastest?