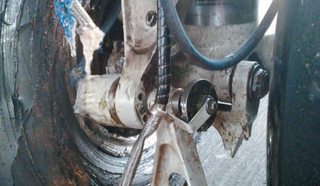 Pilots aim on attitude rather than rate. But, with that in mind, the typical touchdown is somewhere around 50-300ft/min. Anything below 200fpm in a B787 tend to feel very smooth (personally I've never seen less than 105fpm, and it was super smooth, as smooth as you can expect), different aircraft feel different. Between 200 to 300, feels normal, and above that, up to 600, feels firm. More than 600fpm you are likely to have a hard landing, but as mentioned before, that depends on the crew impression - the aircraft should stand touchdowns even harder than that. Nevertheless, as Boeing mention on tis manuals, "a smooth touchdown is not the criterion for a safe landing". Specially on wet runways, it is not even desired. So, pilots only usually try to smooth it when everything is perfect, being ready to disregard that if it compromises even a tiny bit of safety. The aim is to touch where you want to, at the speed and attitude you want to. The smoothness is totally secondary.

77
Is a firm landing an indication of the pilot inexperience?
10
What vertical speed at touchdown makes a 'perfect' landing?
12
Why is there a maximum landing weight limit?
5
Why don't small aircraft produce tyre smoke when landing, but big aircraft do?
3
What are the consequences of touching down at too low of a speed?
5
What is the typical touchdown angle of a large airliner?
0
Is it possible to define a "good landing" in terms of pitch angle and vertical speed?

10
What vertical speed at touchdown makes a 'perfect' landing?
13
Do the engines still spool up when reverse thrust is selected, but the reversers are not deployed?
4
What is the typical voltage and frequency of the electrical generator in an airliner?
5
How does a jet fighter landing flare compare to a civilian plane?
9
What is the best way to align with centerline on final, rudder or slip?
18
When a typical commercial airliner flies overhead, what is the actual noise we are hearing?
5
What is the typical touchdown angle of a large airliner?
39
What's the appropriate course of action if an airliner bounces 5-10 feet on touchdown?
2
What are the drawbacks for manufacturing a large airliner capable of water landing?