Do pilots land a helicopter sideways for improved visibility of the landing area?

When flying helicopters in the PC-based game Arma 3 (not a flight simulator), some of the cockpit have a large instrument panel directly in front of the pilot, obscuring the view of the ground ahead when flying low. However, the cockpit has excellent visibility to the sides.

Is this technique valid in real world helicopters?

No. Often helos use windows on the floor of the cockpit near the anti torque pedals, which allow a pilot to look directly down at the landing area, as this example of a EC130 shows. 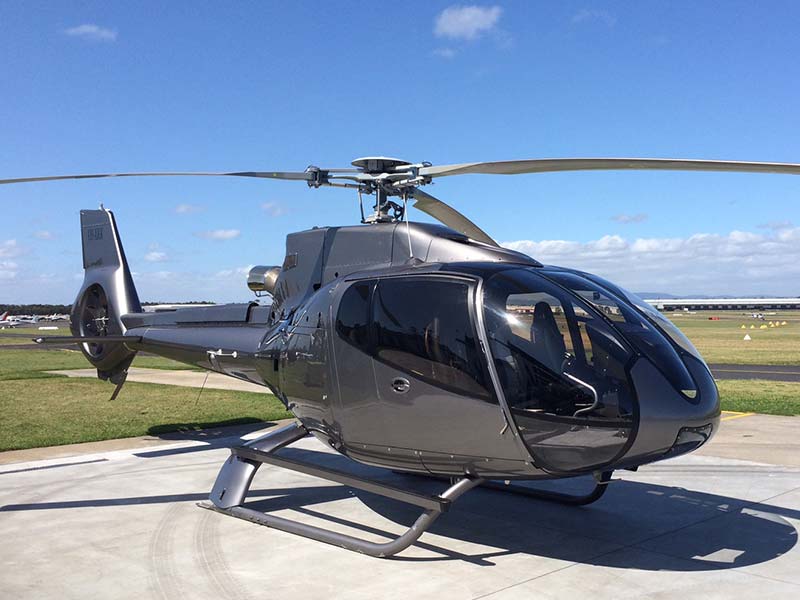 Helicopter pilots seldom land at a sideways angle, save for landing on slopes terrain or a situation required to fit the helicopter into a space.

Not the answer you're looking for? Browse other questions tagged landing helicopter pilot-technique or ask your own question.

31
Why is the PIC position for helicopters the right seat, rather than the left seat as in airplanes?

19
Is the main landing gear of a large airplane designed for sideways (crabbed) touchdowns?
11
What is the minimal landing area required for an EC135 air medical services helicopter?
9
How do helicopters handle P-Factor?
14
How do planes descend for landing?
7
Do helicopters need to use yaw pedals to fly a coordinated turn?
11
Why is there a helicopter visibility reduction restriction for this approach?
6
What are the common private pilot practices for helicopter off-airport landing in US?
9
How do CH-47 pilots lower the tail during a pinnacle landing?
0
Are there any helicopters with tail rotors where slip-skid ball may be centered even when fuselage is streamlined to the airflow in cruising flight?