Where exactly is the 700 and 1200 foot AGL for class E airspace measured from?

Are the AGL numbers measured from the Maximum Elevation Figure listed on the sectional?

So where is it measured from

Well, quite literally the 700 foot and 1200 foot numbers are AGL as in the distance between your aircraft and the ground at any point. If there is a mountain in the transition area, the 700-foot AGL figure would have a mountain-shaped "bump" in it. It does not take the AGL figure from some highest figure in the area.

The number you refer to, the Maximum Elevation Figure, is calculated based on the highest obstacle in the quadrangle, see the FAA Website chart legend: 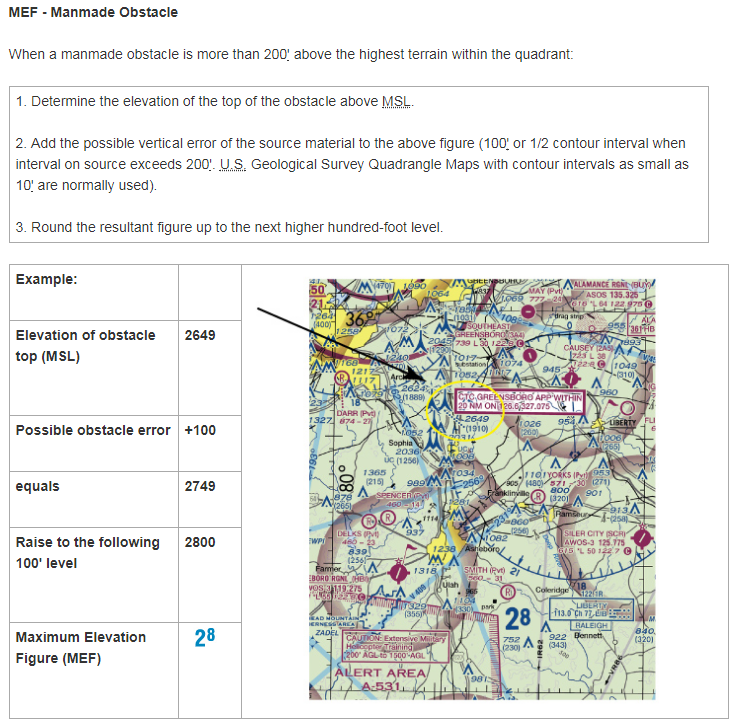 So as you can see, the blue number in the quadrangle does not show the MSL of the "sector" (quadrangle), but it is a simple calculation based on the height of the highest obstacle in the quadrangle + 100 feet and some rounding.

The FAA does a similar calculation for natural terrain features: 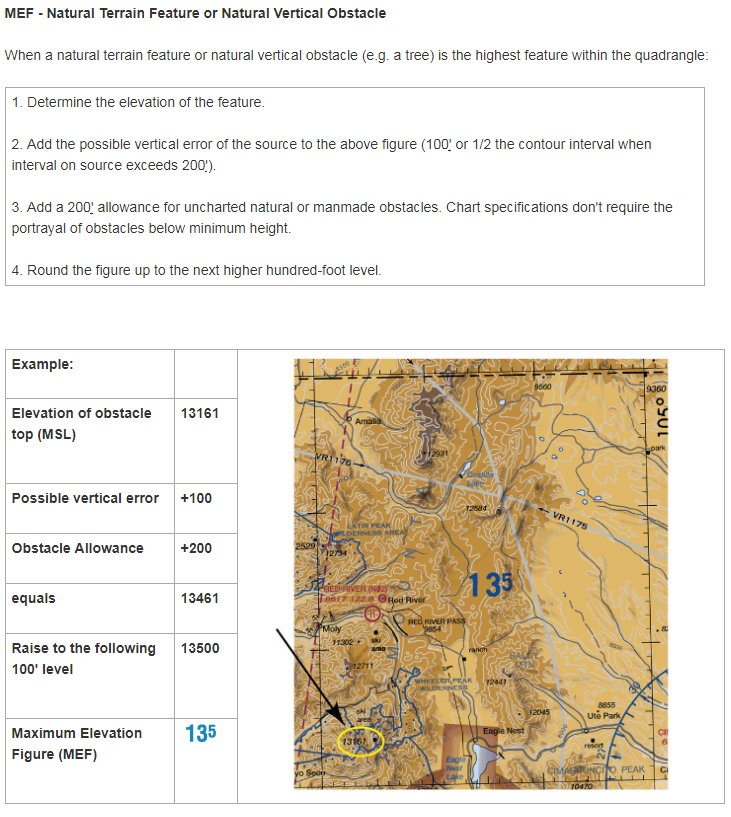 The big take-away here, in reference to your answer on another question, is that you cannot use this number to determine if you are within Class-G airspace since it takes an elevation figure from some obstacle (man-made or natural) that may not be anywhere near you. So flying at the MEF + 1200 feet does not mean you are in Class-G since, as in the second example, that mountain is a long way away from Ute Park or Red river (at Red River you would be more like 6200 feet AGL).

The AGL of the highest man-made obstacles are shown on the chart underneath the MSL elevation:

But it may be omitted in congested areas of the map and only shown as MSL.

Not the answer you're looking for? Browse other questions tagged airspace class-e-airspace or ask your own question.