Why were the fronts of the Messerschmitt Me-109 painted yellow?

After seeing the movie Dunkirk I learnt that the Luftwaffe didn't actually use the yellow coloring on the Me-109 until a few months after the battle of Dunkirk. Was this perhaps done to avoid friendly fire? I'm eager to hear other possible explanations.

You're right that the yellow tactical markings were used in order to reduce the friendly fire incidents (similar to the Allied D-Day stripes). As noted by Alan W. Hall in Messerschmidt Bf 109 warpaint:

Quick identification has always been a necessity in aerial conflict ... Channel front fighters of the Luftwaffe started carrying yellow cowl and rudder markings. Some painted the entire cowling forward of the windscreen yellow, while others just painted the undersides of the cowling.

The image below shows some of the various tactical markings used at the time. 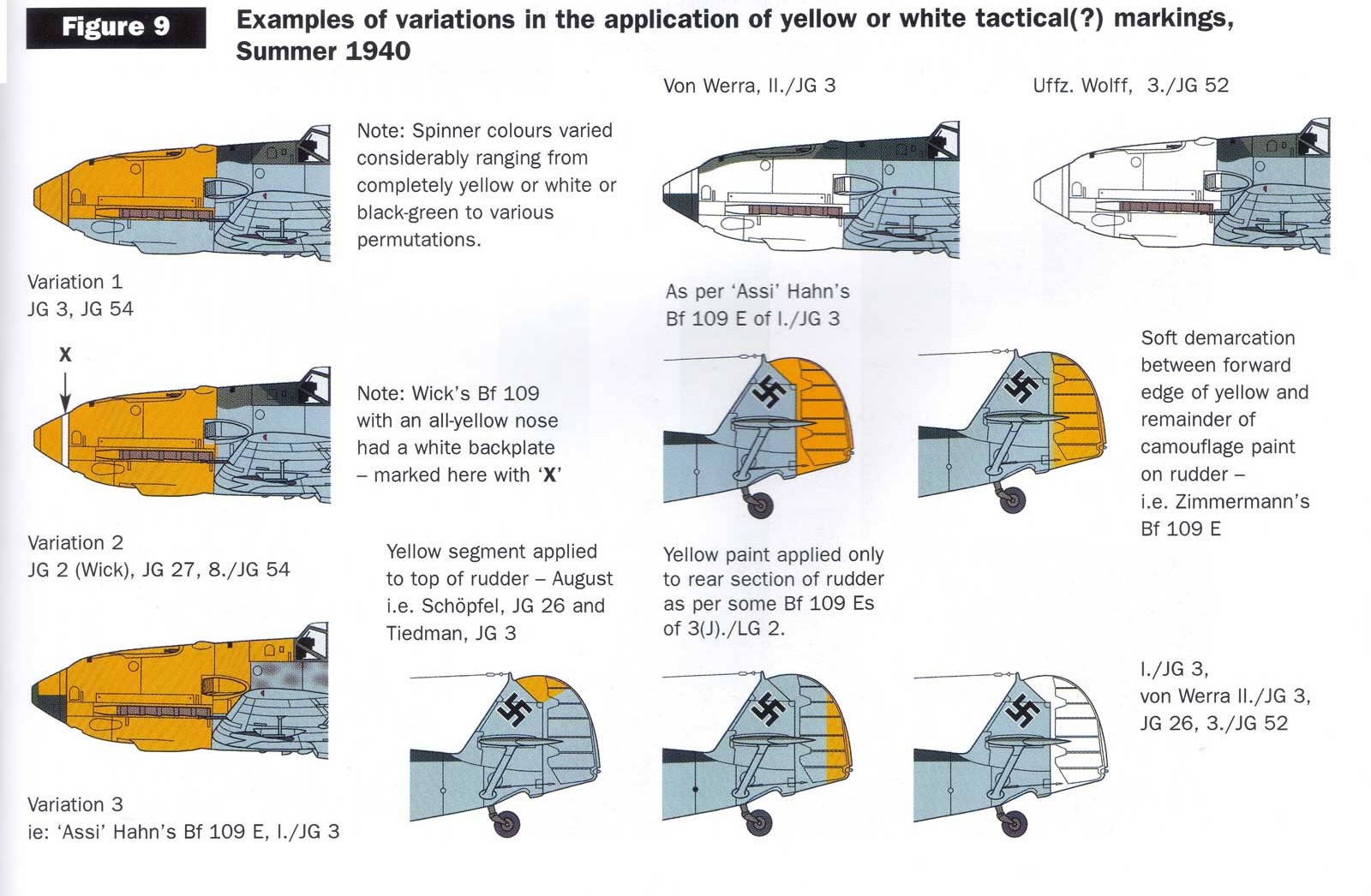 While the yellow paint seems to have been used before, it saw widespread use from August 1940 during Battle of Britain, and was used in some cases in other theaters too. Also, other aircraft like FW 190 also used some variations, like the yellow painted rudder.

JG26 pilot Steinhilper records in his diary that yellow paint arrived at aerodromes on August 24th with orders to paint all cowlings immediately. This order was direct from Goering but unpopular with commanders. It was for identification purposes because Goering claimed that the skies would be full of Luftwaffe. Hope that helps.

Not the answer you're looking for? Browse other questions tagged fuselage paint wwii or ask your own question.

104
Why are planes generally painted white?
11
Why are some airplane wings not painted?
19
Why is the front part of the engine not painted?
5
Why are the leading edges of the 787's horizontal and vertical stabilizers not painted?
8
Why are the tips of the flap track fairings painted red?
20
Why are the wingtips of sailplanes painted red?
33
Why are aircraft coloured in yellow during construction, repair or overhaul?
29
Why was the Concorde painted white and not black?
6
Why are some vertical stabilizers painted 'after' installation?