When to go missed on a non-precision approach?

I am training to get my instrument rating and I have come across a confusing point. I understand that, when flying a precision approach, you go missed upon reaching the decision height for that approach if visual reference to the runway environment is insufficient to complete the landing. I also understand that on a non precision approach you will descend to the minimum decision altitude for that approach and then fly at that altitude until you reach the missed approach point, after which you will go missed. My question is, how do you know when you've reached the missed approach point on a non-precision approach?

These three charts in particular confuse me:

In this approach, which has an option for either an ILS (precision) or LOC/DME (non-precision) approach, the beginning of the dotted line which signifies the missed approach path does not have any DME value or intersection information. There is an intersection after it at 7.5 DME. Which of these two points would be the missed approach point for the LOC/DME approach? How would you know when you reached the MAP if it is where the dotted line begins? 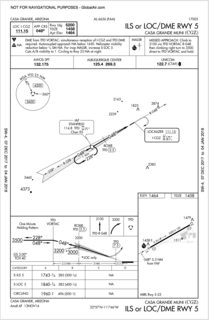 In this approach the dotted line which signifies the missed approach path seems to begin at the runway threshold. If this were the MAP, (with no localizer) would you have to start a timer after you cross KOLLI intersection to know you have gone 2.4nm and thus are over the runway threshold? Is the MAP actually at the beginning of the runway as it seems? Are there any ways of knowing you are at the MAP without a stopwatch? 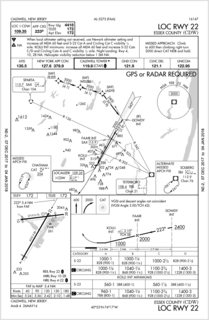 Finally, this IAP is similar to the first. Unlike the first though, there is no DME intersection after or near the beginning of the dotted missed approach line. Is the MAP for the localizer approach here just at the beginning of the runway as it seems to be in the second approach? Again, would you have to use a stopwatch or are there any other ways? 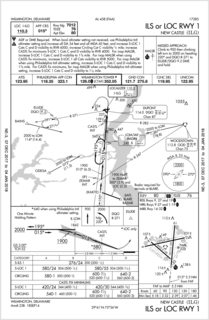 Non precision MAP fixes are identified in a number of ways:

For the ILS or LOC/DME rwy 5 KCGZ, when flying the LOC/DME, Your MAP is on localizer at MDA at 7.5 NM DME from the Stanfield (TFD) VORTAC. There is no other means using the equipment required to fly this approach procedure to identify the MAP.

For the LOC rwy 22 into KCDW, your MAP is on localizer at or above MDA when you cross the threshold of rwy 22. Flying the approach at the correct category airspeed, you can also time it using the table in the lower left corner of the plate. But the plate clearly says that the MAP is 5.4 NM from the FAF.

For the ILS or LOC 1 into KILG, the LOC rwy 1 MAP is again on localizer at MDA when the aircraft crosses the threshold of rwy 1. This is defined by the approach timetable on the lower right of the plate.

Not the answer you're looking for? Browse other questions tagged iaps non-precision-approach missed-approach or ask your own question.

6
How to determine the MAP for an RNAV MDA approach?
0
When to turn during missed approach when MAP not identifyable