How is the centre of lift and centre of gravity misalignment problem solved in Delta wing aircraft?

Since Delta winged aircraft don't have horizontal stabilizers to produce down force, how is that problem solved ?

The effect of a horizontal tail can be built into a tailless aeroplane in two ways: 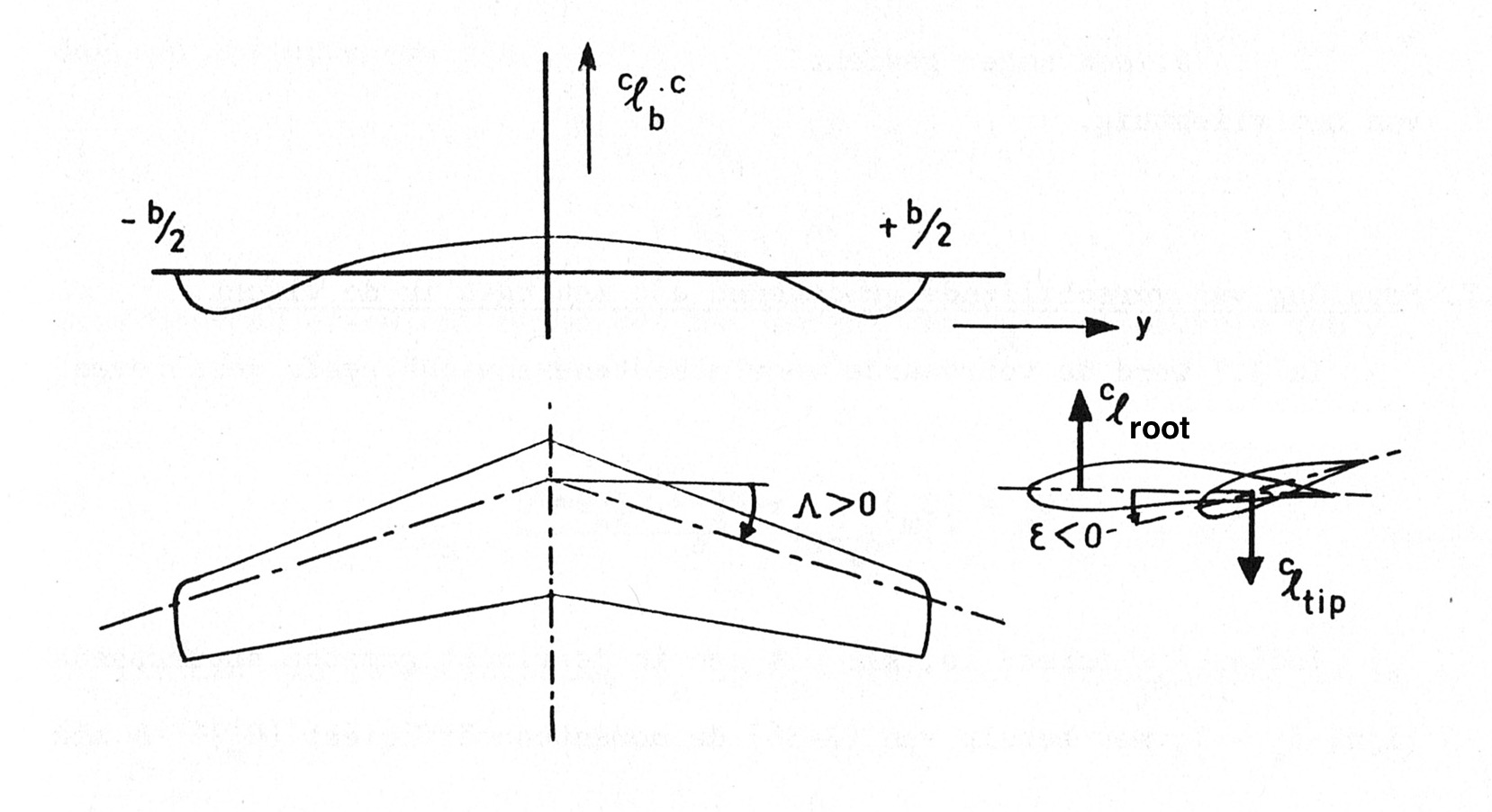 Because, although we often conceptualize Lift as all acting through the "center of Pressure" of the wing surface, this is a fiction, done only to aid in visualizing the total lift, and it's effects, and to aid in doing simple calculations that rely on this approximation.

In actuality, Lift itself is an artificial abstraction, as it is just a portion of the aerodynamic force acting on every square inch of the aircraft body. And this force, at each point on the aircraft surface, creates two physical effects.

With a delta wing aircraft the wing is designed so that the trailing end of the wing will be generating a small downwards force even when the bulk of the wing forward of the trailing edge is still generating an upwards force. Although the sum of the all the forces is still upwards, and creates positive lift, the small downwards force from the trailing edge is much further from the CG, so it has a longer moment arm, and therefore creates sufficient nose up torque to balance the nose down pitching moment from the rest of the force on the wing, which is closer to the CG with a shorter moment arm.

In order to achieve dynamic stability with any aircraft where pitch control is implemented manually through direct pilot inputs, the overall pitching moment from increasing positive lift must be nose down, (i.e., - the sum of all Aerodynamic forces must be behind the CG). This is so that minor deviations from equilibrium will create a correcting pitch moment which will bring the aircraft back into pitch equilibrium. This requires that the control surface, in order to balance this nose pitch moment, must create a nose up pitch moment. Aircraft with their pitch control surface at the tail, therefore, incur a drag penalty (tail lift down reduces total positive (up) lift, so to achieve level flight the sum of all positive lift must be greater, increasing drag).

In modern aircraft, the introduction of computer driven flight control systems has mitigated the need for this. In the F-16 (subsonic) for example, the Center of pressure is actually slightly ahead of the CG, and creates a nose up pitching moment. The tail surface, therefore, which is substantially behind the CG, must create a nose down pitching moment to achieve equilibrium. This means the tail is actually creating up lift as well as the wings, augmenting rather than decreasing, trim drag. Stability is artificially created by the flight control software. In flight, you can see the stabilator constantly moving up and down as it responds to small deviations in pitch, keeping the aircraft stable.

Most of Delta-Wing aircraft are equipped with a canard in different ways: fixed (Mirage III), movable (Typhoon) or retractable (Tupolev Tu-144). This canard is lifting surface similar to tail, which is ahead of wing and creates lift, which will produces pitch-up moment. It should be mentioned that tail's negative lift also produces pitch-up moment, which is required for trimming the aircraft.

Not the answer you're looking for? Browse other questions tagged aircraft-design fighter fixed-wing delta-wing or ask your own question.

25
How does an aircraft tailplane work?

9
Do all aircraft need to have horizontal and vertical stabilizers?
16
How was flutter mitigated in jets such as the F-15 and F-16?
16
Why did the Avro Vulcan use a delta wing?
1
Why has the rest of the world gone after delta wings while not the USA?
2
Would the Concorde have been better off using a tailed delta wing?
0
What will be the performance penalties of increasing the wing area of a delta winged aircraft to obtain a lower approach speed?
3
Why can't Centre of pressure and Centre of Gravity coincide?
2
Why do semitailless swept-winged aircraft, but not delta-winged aircraft, suffer from (primarily) pitch oscillations at high mach?