Airbus control architecture - where does the actual autopilot live?

I'd like to ask for confirmation about the A320 (and, generally, Airbus family) control architecture. The book Aircraft Systems provides the following overview of A3XX computing architectures: 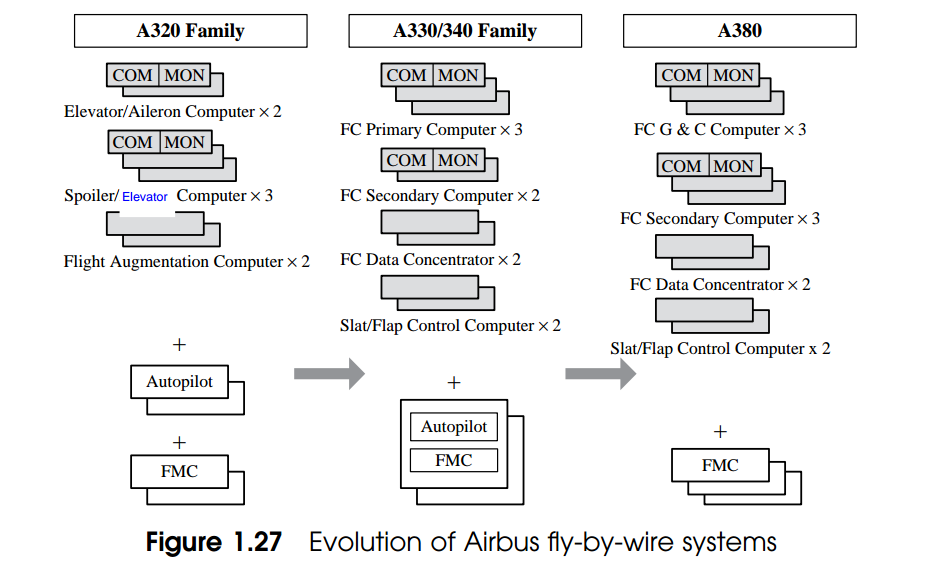 This picture from an A320 Operating Manual makes it seem that ELACs and SECs are autopilots themselves (i.e. there is no separate entity that is the autopilot that feeds them signals): 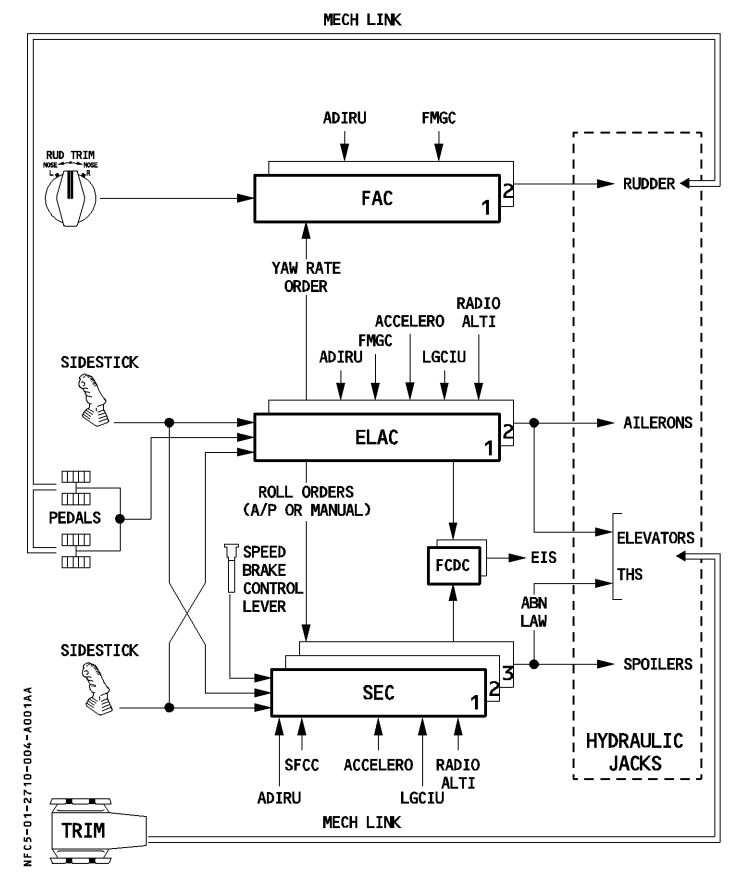 However, the same manual has another figure which makes it seems that indeed there is a separate autopilot entity: 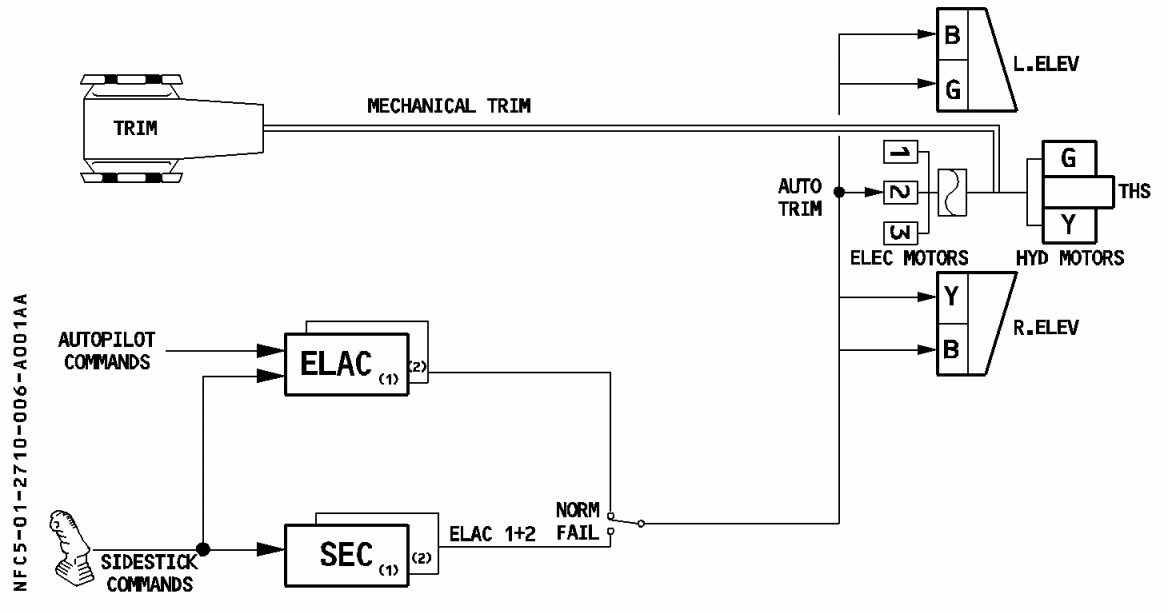 If the autopilot is indeed a separate "master" entity which feeds desired control surface position signals to the ELACs and SECs, is this a concept that generalizes to the rest of the Airbus family? Where does the autopilot software then live?

Are the ELACs and SECs merely actuator controllers for the control surfaces?

Correct, but they are reconfigurable in case of failure of one of the SEC, ELAC or FAC. In addition the ELACs are used to detect the excursion off the flight enveloppe (e.g. alpha prot). They inform the FMGC of such situations.

It seem that ELACs and SECs are autopilots themselves

No, AP is a separate function of the FMGC (and of the FAC).

FAC, ELAC, SEC are flight control computers, but are not equal.

The auto flight system (AFS) installed on the aircraft is made up of two types of computers :

and two types of control units :

The functions of the FMGC are :

The functions of the FAC are: 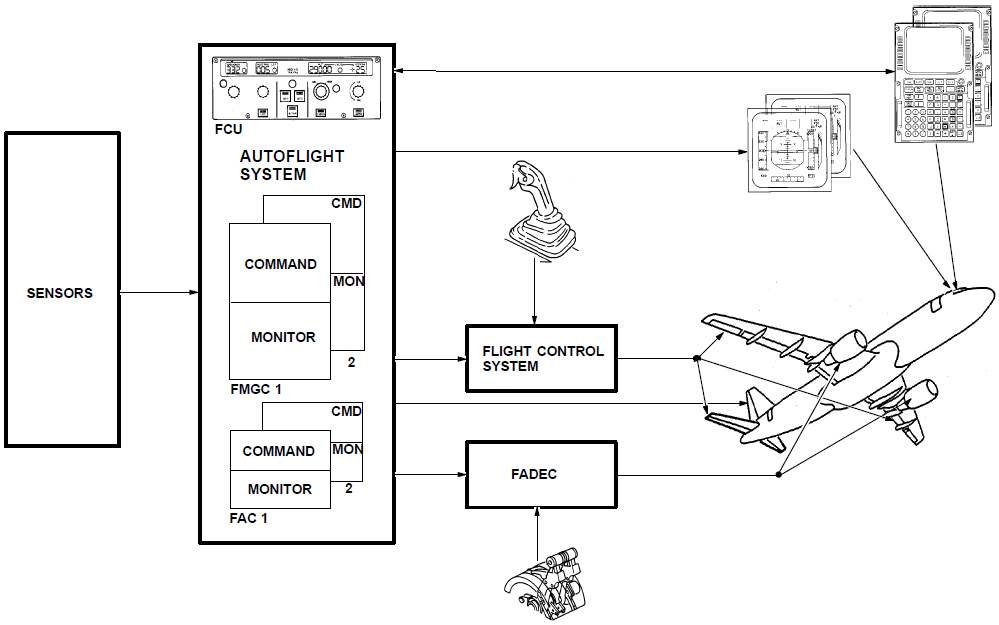 Redundant FMGS are divided in two functions: Command (issue commands to flight controllers) and Monitor (monitor the result of the commands, e.g. by analyzing air data and inertial data to detect anomalies).

The FMGS has different functions:

The manual way of controlling the aircraft is:

Because of the two notes above, sending an electric order to the actuator doesn't mean the actuator will move the control surface, it depends on the current mode.

When the autopilot (AP) is engaged:

While in cruise only one AP can be engaged, landing may requires the two AP for automated approach and landing. 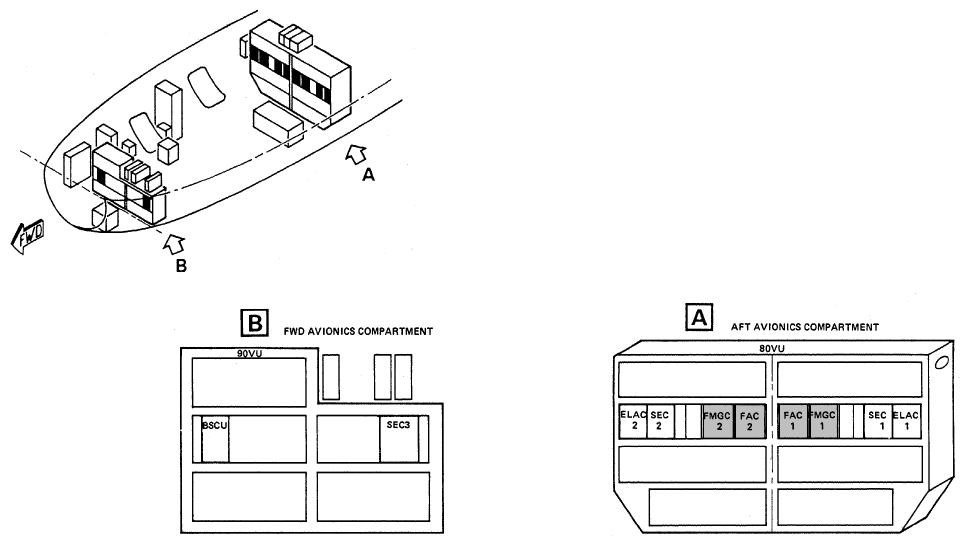 Source of all images: A320 family ATA-22 Autoflight Maintenance.

Turning on the switch autopilot on/off changes a circuitry, just like a light switch. A passive FMGS receives the signal, and becomes active, taking over sending out commands as it has been programmed by the crew.

When the Autopilot (AP) is engaged, the Flight Management and Guidance Computer (FMGC) sends AP commands to the ELACs (Airbus maintenance manual).

Normally you can't program a stall, but you can close the thrust levers with the autopilot still engaged. Let's say the FMGS was flying straight and level, the speed will start to decay.

What does the FMGS do? For simplicity let's put aside the multi-channel redundancy and have one of each system. The FMGS wants to fly straight and level, as the speed decays, the lines of code say pitch up. It will keep pitching up until it's about to stall.

Who stops the stall and protects the flight envelope? The ELAC does.

But how does the ELAC know? The ADIRU is in touch with ELAC and is screaming commands at it. ELAC will understand it's time to turn off the FMGS light, and listen to the ADIRU and execute the protection program.

Note: ELAC is the computer that sends the commands via wires to the motors (hydraulic; electric) after fine tuning the inputs based on its programming.

So where does the AP live? It lives in the FMGS, and the AP should not be confused with the flight envelope protection. 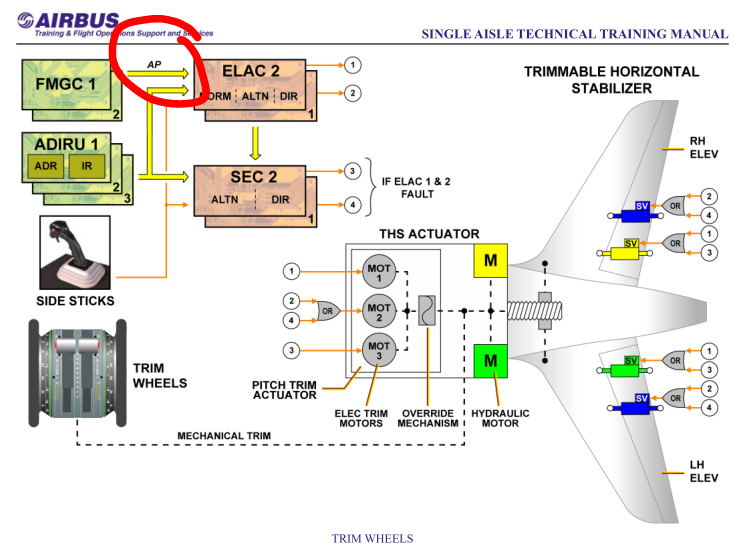 Not the answer you're looking for? Browse other questions tagged flight-controls avionics autopilot airbus or ask your own question.

13
Would an A320 override the autothrottle due to an erroneous radio-altimeter?
6
What's the difference between FMS and FMC?
5
Why is it not allowed to dispatch an Airbus A320 with an inoperative ELAC 2?

14
Did Airbus add an audible alert when the autopilot partially disengage after the crash of Aeroflot Flight 593?
6
How often does an autopilot update control surfaces' positions?
23
Was there an incident when Airbus autopilot wasn't letting the airplane land?
1
In Airbus flight control laws what does it mean that "control sensitivity depends on airspeed"?
7
What is the 3 click sound when the autopilot is disconnected on Airbus aircraft?
17
How does envelope protection work in Airbus vs. Boeing aircraft?
6
Why does the A320 use the rudder for lateral control in mechanical law?
5
What sort of sensors are used for sensing the positions of the control surfaces for the ECAM F/CTL page on Airbus aircraft?
1
On Airbus aircraft, can the pilot control the aircraft when the autopilot is active?
5
Why do the A320’s primary flight controls have hydromechanical backups only for the rudder?