Is it possible for a civilian to use a VORTAC station?

Suppose you have a Cessna 208 Grand Caravan Amphibian and you want to use VORTAC stations on military bases (or somewhere else). Is it possible? Is it legal?

Totally legal to tune it up & use it. If it is a VORTAC, it will work just like every other VORTAC out there. If it is a TACAN, you may be able to get DME from it, but you won”t get bearing from it without a TACAN receiver.

Many, perhaps most VOR’s out there are in fact VORTAC’s — the TACAN station is colocated with the VOR. It is possible to have a VOR-DME station, which gives a civillian user everything a VORTAC does, but no bearing info to TACAN-only military aircraft. And you can have a VOR station with no associated DME at all.

But you won’t find any rule prohibiting you from tuning up any of the above - doesn’t exist (at least in the U.S., nor anywhere else I’ve ever heard of). If the military wanted a NAVAID they could use that you couldn’t, they could put up a TACAN using a channel that civillian DME receivers can’t pair with (ex ch 16X “pairs” to 135.9 - not a frequency in the range civil VOR receivers can tune to) and not publish it. But realistically, they’d probably just use a GPS coordinate & call it good.

(Edit: as @UnrecognizedFallingObject mentioned, it is not the “Y” TACAN channels that conventional VOR receivers can’t pair with, but there are some channels you can’t get DME from using normal VOR tuning — see this chart.)

Flying over that navaid on a military base may entail issues with the airspace involved, but that is its own issue, unrelated to using or not using the navaid.

Absolutely. A VORTAC is nothing more than a VOR colocated with a TACAN. Most VOR-DMEs in the US are VORTACs. If there happens to be one located on a base you are certainly still able to use it.

Short answer: A VORTAC station combines a VOR-DME and a TACAN. It is the result of a cooperation between civil and military worlds to share the same DME (and the navaid place).

DME and UHF bearing station components are interrogated by the aircraft, contrary to the VOR which broadcasts continuously.

When civilians use a VORTAC, they actually use the two first signals (VOR-DME). Military use the two last signals (TACAN) and the VOR as a backup if they are equipped, which is normally the case.

Pure TACAN have only the UHF bearing determination signal and the DME signal. 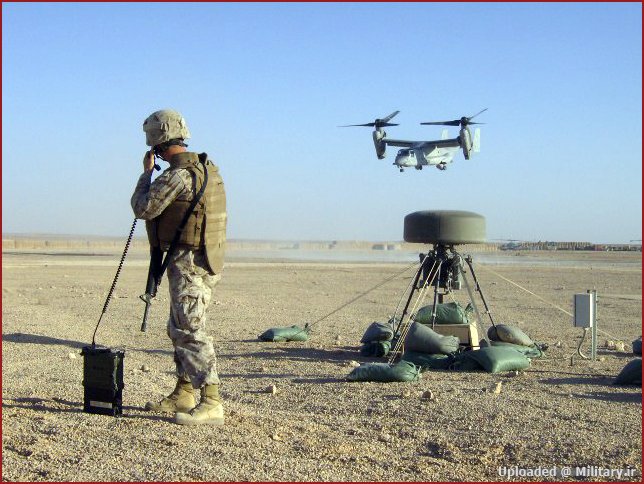 Their little size, compared to a VOR-DME, allow them to be used on ships. More: Wikipedia article on TACAN, and How does Tactical Air Navigation work?

Not the answer you're looking for? Browse other questions tagged navigation ifr-navigation radio-navigation or ask your own question.

5
How are there some Victor airways that exceed the service area of the VORs they are identified by?
7
What is the ceiling to prohibited space P-47 (or any other P-zone)?
3
What is the primary means of IFR navigation for private pilots?
20
Is Doppler navigation still in use for civilian aircraft?
5
What is "picture flying" and does the FAA define it?
4
Is it legal to install a TACAN receiver on a civilian aircraft?
2
Does a GPS OBS selector use magnetic or true courses?
1
How to navigate onto VOR RWY 18 approach at KDEC?
8
Does an IFR flight-plan include the approach?
9
Are there two navaids on the same frequency close enough to be confused?