What is the transient bleed valve in a gas turbine engine?

What is a transient bleed valve and what's its purpose ? Also, can you explain the purpose of bleed valves in general?

This can happen in several different situations, and one of them is a quick transient. For example a very quick acceleration from idle to full power.

During this quick transient, the front stages might be trying to pump too much air versus what the back stages are able to accept. Eventually, everything will even out, but for a few seconds there may be a mismatch.

There are several different ways that engine designers can accommodate this situation. One is a transient bleed valve.

When the engine performs a very quick acceleration, the transient bleed valve is opened and some of the air from the compressor is just dumped overboard. When the engine reaches a steady operating condition, the valve is closed.

In addition to transient bleed valves, bleed valves in general are also used to duct high pressure air for different uses, either for the engine or the aircraft. Bleed valve air can be directed to the leading edge of the engine nacelle and wings for de-icing or anti-icing.

Bleed valve air can also be used to cool different parts of the engine (combustors, turbines, etc.), and for pressurizing the bearing compartments (?). My understanding of jet engine bleed air is from older engines, so current engines may be different. I'm fairly certain it's still used for de/anti-icing.

Bleed air has also been used to start engines on multi-engine aircraft. Start one engine on each side, then duct bleed air to the starter of the other engine.

On some modern engines the use of transient bleed air has been supplanted by adjustable compressor guide vanes and other methods of managing compressor operation.

can you explain the purpose of bleed valves in general?

See How do variable bleed valves prevent surge? why bleeds are used to prevent the compressor to stall. An answer to that question already hints to the use of bleed-off in transient operation. This answer will describe the transient performance in more detail by using the compressor characteristic/map which describes the relation between pressure ratio (PR, on the vertical axis), corrected mass flow (Wc on the horizontal axis), the efficiency (η, contour lines in the graph) and constant corrected and referred speed lines (Nc in the graph) using the Beta lines (What are the "beta lines" of a gas turbine engine component?) for numerical stability when used in gas turbine simulation performance software.

What is a transient bleed valve and what's its purpose ?

This answer by DanielK already explains in words what happens, this answer builds upon that answer to give a little more insight in the problems gas turbine developers encounter to design stable engines for an certain expected life usage.

When you aren't taking the engine limits into account and bluntly decrease or increase fuel too abruptly, the engine can get into regions in which is cannot operate or consumes too much life or even destroys the turbine. E.g. a SLAM deceleration/acceleration operating line (blue solid line) for a small turboprop engine may look like the following in the compressor characteristic: 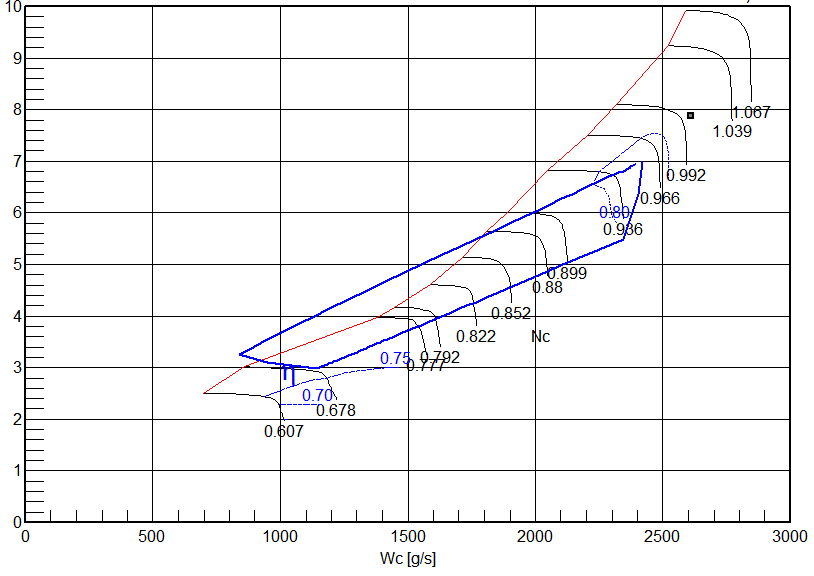 The image clearly shows that the acceleration from lower left to upper right crosses the red surge line on the left. Do note that in simulation software, the digital representation of the compressor characteristic is extrapolated beyond the surge line, in real life, the compressor is unable to operate on the left of this surge line. The operating point of the gas turbine should even be a few percentages to the right for stability.

If we do not solely look at the surge margin, we see that the combustor exit temperature (TT4) will be too high also: 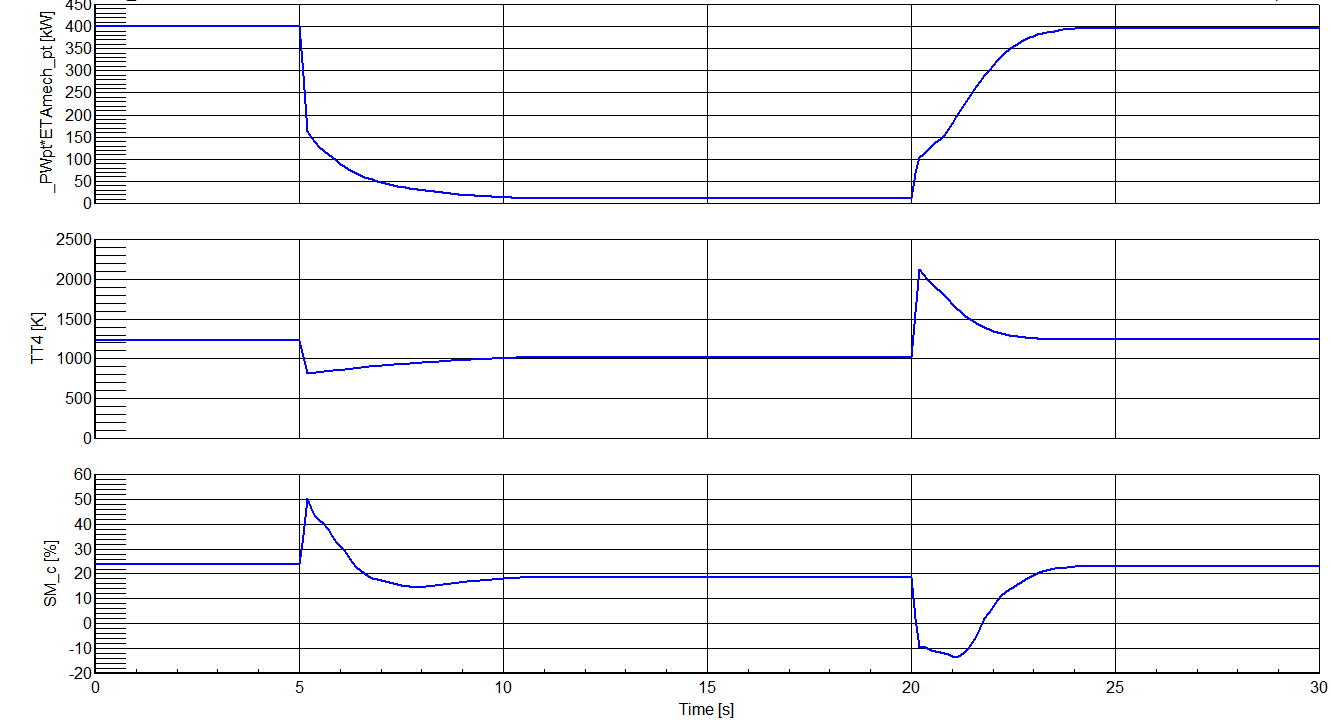 To prevent the operating line to cross the surge line to the left during transient operation, several techniques are available:

Optimizing the fuel addition (gradually addition, e.g. fuel flow schedules based on the burner pressure) to the cycle and the use of VSV's and bleeding compressor air will cause the engine to stay within limits, see the dashed operating line: 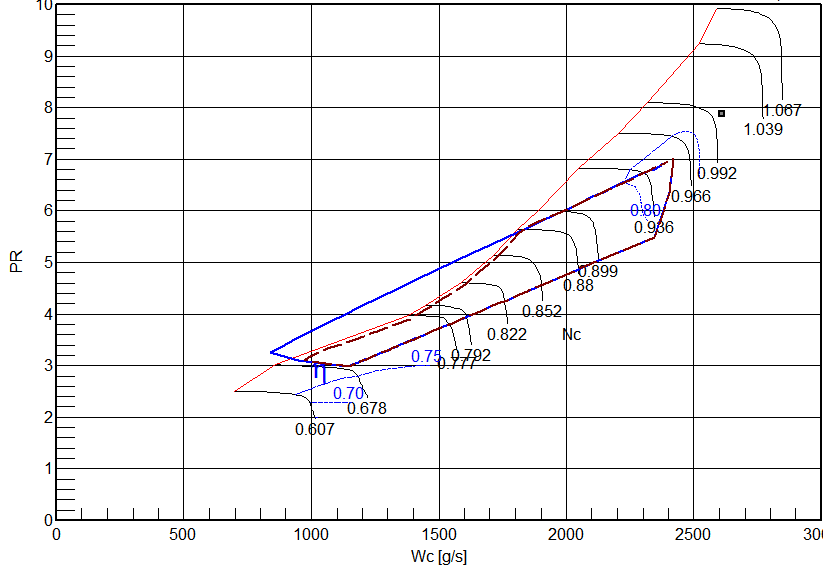 Not the answer you're looking for? Browse other questions tagged aircraft-design jet-engine aircraft-systems or ask your own question.

7
What are the "beta lines" of a gas turbine engine component?
3
What is the difference between variable and transient bleed valves?
3
How do variable bleed valves prevent surge?