How do engineers make sure UAV don't land on their front propeller?

Take, for instance, the following UAV:

and suppose you have a payload with a very big volume that fits exactly in the fuselage (and there is no more space), but is extremely light. Thus, the heaviest part of the UAV becomes the propeller and its engine.

Due to center of gravity limitations, it would be impossible for any type of aircraft to be loaded so that the front became the heaviest part. The aircraft would not be able to fly.

These UAVs are meant to crash land and DO land on the front propellor. You can do a Google search and see multiple videos showing the “break apart” landings they are designed to do.

Here are some landing videos:

For the Facebook Aquila, they recently added a mechanism to align the propellers horizontally so they don't totally wreck. From their second test flight report:

Aquila's second test flight took into account the lessons we learned from our first flight. In advance of the second flight, we incorporated a number of modifications to Aquila, including:

This, unfortunately, didn't work all that well. 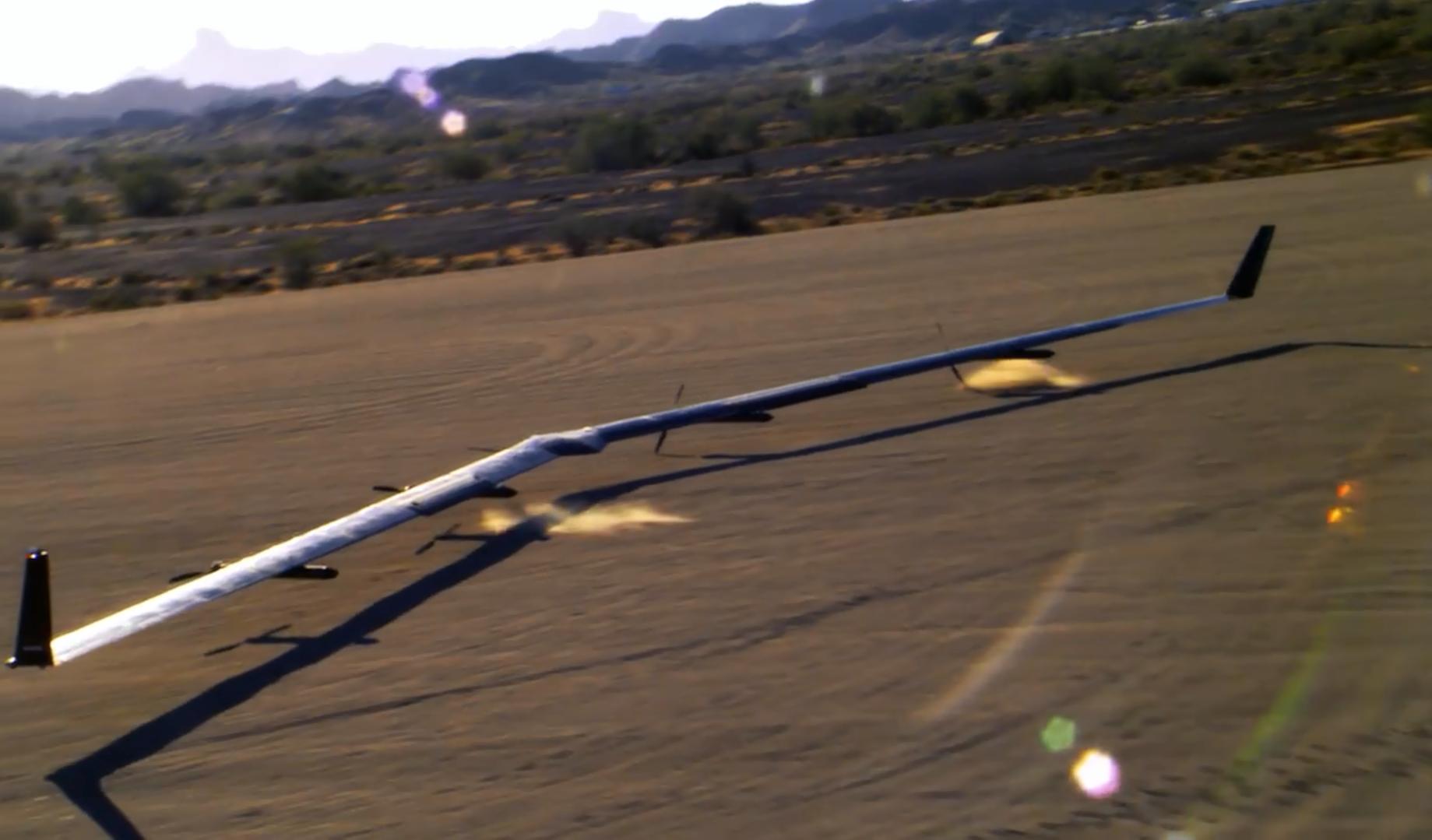 A few seconds before landing, the autopilot stopped the propellers as planned in order to lock them horizontally. The propellers are meant to lock in the horizontal position to avoid damaging them when touching down. In this flight, the motors all stopped, but only one propeller locked horizontally.

Still, the article says that the aircraft was in great shape aside from some minor damage that occurred during landing.

Not the answer you're looking for? Browse other questions tagged aerodynamics unmanned-aerial-vehicle weight-and-balance fuselage payload or ask your own question.

6
The stronger the headwind the faster the plane flies if it is in the reverse command regime?
5
How to design a propeller for UAV?
10
Why do wall-to-wall airfoils in wind tunnels produce no (or infinitesimal) downwash?
4
How does a remote pilot land a fixed-wing UAV?