What kind of flaps are used in gliders?

I'm estimating some wing parameters for an imaginary airplane (simple college project). We are allowed to use coefficients for any basic types of flaps (plain/split/slotted/Fowler etc), but since I'm doing a glider I'd like to go with the one that's really used.

tl;dr - What kind of flaps are used in modern gliders (preferably training ones)?

modern training gliders (like an ASK 21) do not have flaps. Flaps are used on high performance gliders because the pilot needs some more experience to operate them safely. 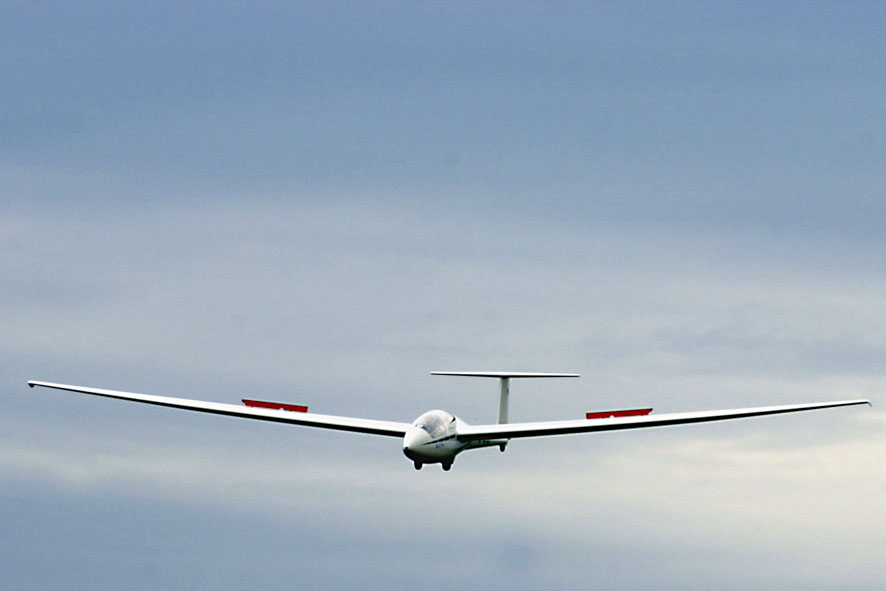 As Timothy already mentioned, most trainers do not have flaps, but when a glider is equipped with flaps, it would be most commonly in form of flaperons where full-span ailerons are coupled with flap control allowing common-mode motion both upwards and downwards. In contrast to the powered airplanes, flaps in gliders are used not only for landing, but also (maybe more importantly) to adjust optimal glide ratio for the speed currently flown. Thus upward turned flaps are common configuration during fast gliding between thermals for example.

Finding information for particular gliders, especially such mentioning flaperons explicitly turned to be quite hard. Pilot operating manuals usually just describe how to manipulate flaps handle without going into the details on actual construction. Typical placecard for flaps handle (from DG-400 manual) does look like this. Ranging from landing configuration to negative flaps.

Particular gliders equiped with flaperons include (maybe not the most modern ones, but those I was able to find some more info about, good enough as examples IMO):

Not the answer you're looking for? Browse other questions tagged glider flaps control-surfaces or ask your own question.

18
If flaps are used on takeoff, when should they be retracted?
8
Do negative flaps increase glide ratio?
8
How are flaps controlled?
19
Are transport gliders used by modern armies?
3
Are frisbees and boomerangs technically gliders?
15
Are gliders susceptible to bird strikes?
2
In the US, would it ever be legal to fly a loop in any airplane or glider that was operating in the “utility” rather than “acrobatic” category?
10
Why do gliders have bungee cords in the control systems and what do they do? Are they on all control surfaces? What about ultralights?