Does the aerodynamic center move when flaps and slats are deployed?

Does the aerodynamic center of an aircraft move when flaps and slats are deployed?

I am trying to figure out if the AC of an aicraft moves with landing and take-off configurations. I know Cl and Cm change a lot, but I can't find a reference where the movement of the AC is discussed.

I've checked Roskam, Anderson and Aerodynamic Characteristics of Wing Sections and it seems like the AC position doesn't change only with flaps but they don't show examples of wings with flaps and slats. 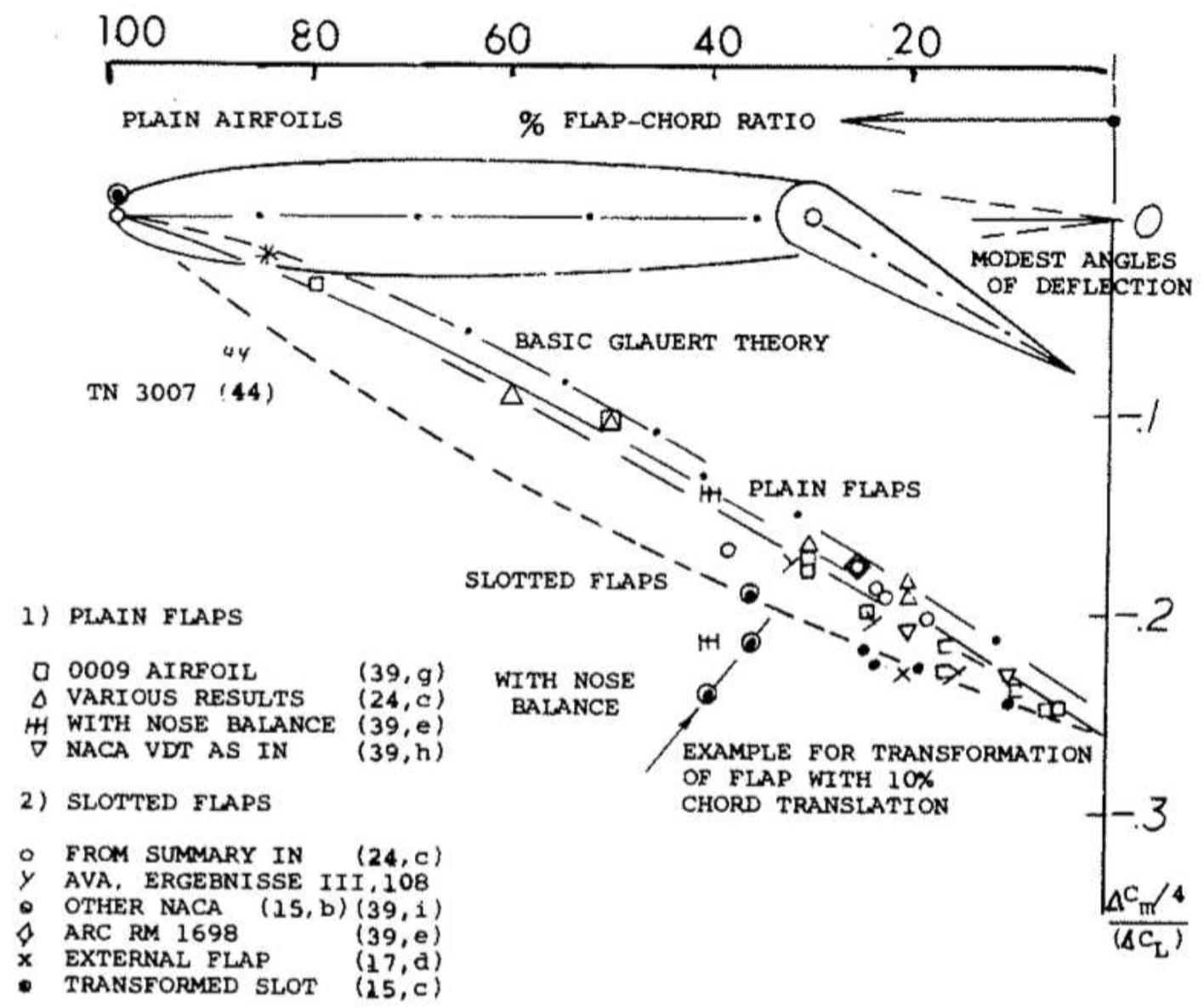 Flaps which increase the wing's area will of course shift the neutral point in proportion to the change in the wing's chord effected by the flap.

Slats may be viewed like a slat-sized wing followed by a wing-sized flap and an incidence change equal to the slat's deflection angle.

Yes the AC changes when flaps are deployed. Torenbeek has a section on change of pitching moment as a function of flap deflection in Appendix G, section G-3.3.b. The methods described are empirical, based on statistical information and on Glauert's linear thin airfoil theory.

The shift in pitching moment is of course highly dependent on the type of flaps used, the deflection, trailing edge flap span, wing sweep, and change in wing camber and chord extension.

The author has a chapter on leading edge devices as well, for which he signals a lack of empirical data. There is no section for AC change as a function of leading edge flap deflection.

20
Why and when to use flaps?
10
What are the pros/cons of all-moving rudder?
3
Can thrust vectoring be used to enable the use of flaps on tailless delta-winged aircraft?
8
Are the vortex generators on the Cessna Caravan necessary and sufficient for safety of flight?

12
Why does stall speed decrease when flaps are deployed?
4
What happens aerodynamically when we trim an aircraft?
7
Why does the A320’s maximum allowable aileron deflection decrease, rather than increase, when the flaps are extended?
3
Moment Coefficient Variation with Angle of Attack
2
Solutions to improve the aerodynamic behavior of a UAV
4
Why is the aerodynamic center for most airfoils located at the quarter chord location?
1
How would a fighter be changed from having static stability to having relaxed stability?
0
Why does the centrifugal twisting force move variable pitch propellers to fine?