How does an Airbus aircraft connect to the Internet? [duplicate]

There are three different ways that aircraft can give internet access to its passengers, which will most likely be on at around 38,000 feet. First off, to have Inflight wifi, there needs to be a ground-based internet server, a transmitting dish, or a satellite dish. There must also be a receiving and transmitting antenna on the aircraft and an onboard server and a Wi-Fi router.

The first system is the ATG system, which stands for Air-To-Ground transmission. It requires two antennas that are installed on the belly of an aircraft so that it can pick up signals from the ground-based cell towers. With this system, a passenger can receive at least 3 Mbps and one of the highest currently is 9.8 Mbps by gogo wifi. 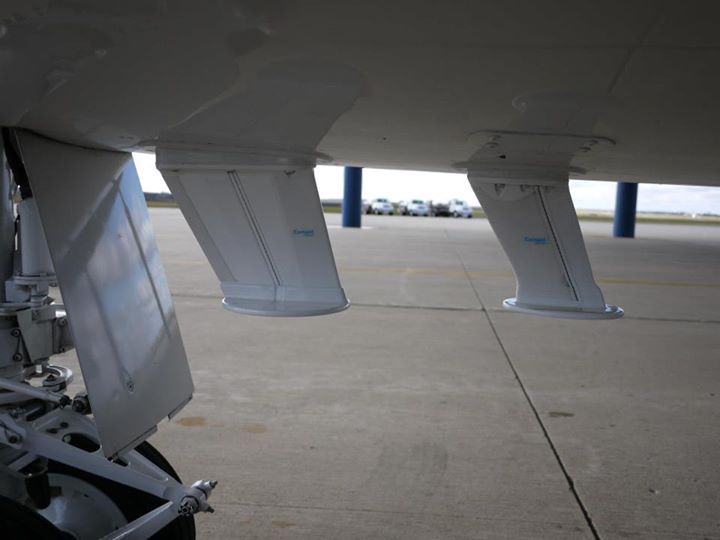 The next system is the "Ku-Band" Service, which was formerly used by the military. K, short for Kurz (meaning short in German) and u for under the original NATO/K-band frequency range. This system works by a ground station sending signals to a satellite first, and then reflect off the satellite and send the signals to the aircraft. The signal is then decoded and then transferred to the router. This can deliver about 50 Mbps with this system, but you still have to consider that there will be more than a hundred passengers on the aircraft. Since this system has to send signals to a satellite first, there could also be delays on signals and could get slower as more aircrafts use this service. If you've seen aircraft with a pod on the top of its fuselage, you may not know that under it sits a satellite antenna, which rotates and can adjust itself to the nearest satellite. 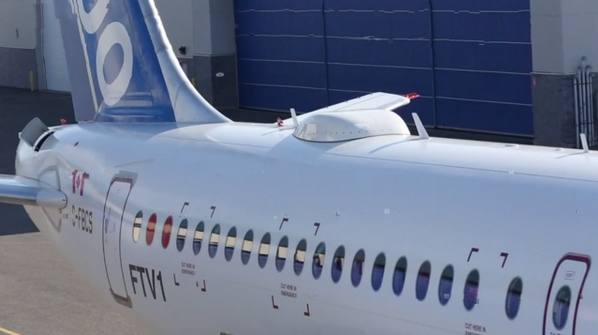 The last system is the "Ka-Band" Service. K still stands for Kurz, and a stands for above since this is in the upper region of the native frequency band which is at 20–36 GHz. This service can deliver about 70 Mbps. Presently, there are two ViaSat (a satellite wireless service provider) Ka-Band satellites, one covering the US, and one covering Canada and parts of Europe. 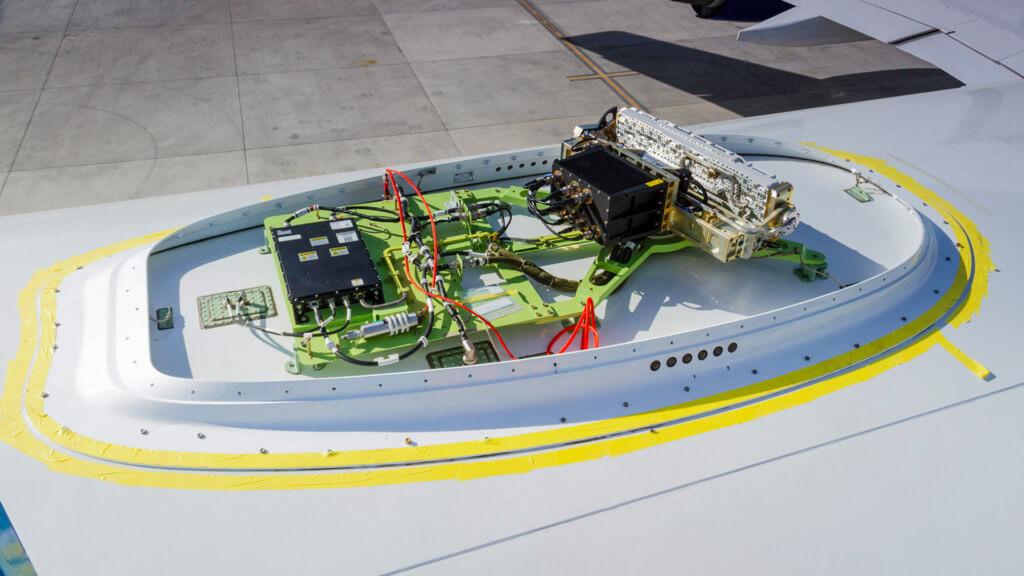 Some aircraft even have a hybrid system, so they can use Ku-Band and Ka-Band service depending on which has a better signal at the time, so it would depend on the internet speed on which the A380 you are referring to is.

An onboard server will be required on the aircraft for an Inflight Entertainment system, which will run three services: a media server, a DRM (Digital Rights Management) license server, and a device provisioning server. The media server is for storing your content keys (but doesn't necessarily have to be on the media server, it can be on a separate onboard server). The device provisioning server will need to store a reserve of device personalities (unique device credentials) for distribution to onboard mobile devices (via your mobile app) upon request. The signals from the satellite (in a Ku/Ka-Band service) will be transmitted into the pod/antenna, then into the onboard server, which will be transmitted to several routers distributed throughout the aircraft. For example, an A320 or a B737 usually have two routers. The signal is sent to your phone, then signals will be sent back to the antenna, then to the satellite, which is passed back to the ground.

More about in-flight wifi at HOW does WIFI WORK on AIRPLANES? Explained by CAPTAIN JOE

Not the answer you're looking for? Browse other questions tagged aircraft-systems radio-communications inflight-entertainment ima or ask your own question.

35
How does WiFi work on an aircraft?
0
Does in-flight Wi-Fi require regulatory approval?
1
What is this device mounted on the fuselage of Lufthansa planes?

9
What means do airline ground staff have to converse with pilots in flight?
5
How much power is needed by aircraft IFE systems during flight?
7
How does the in flight entertainment system works?
1
Why are there full-fledged entertainment systems on aircraft when today everyone has a smart phone?
1
Does an aircraft like the Airbus A-320 have external sensors to detect damage to the aircraft?
2
How are the IFE Server, Floor Disconnect Box (FDB), Seat Electronic Box (SEB) and Seat Display Unit (SDU) connected to each other?
9
Why would a pilot on final to a towered airport not speak up when ATC clears another aircraft to land on the same runway, without mentioning them?
4
If an airplane has a Vertical Speed Indicator is there a requirement that it be periodically checked for accuracy?