What is the current status of the deployment of RNP 1 and RNP 2 airspaces and approaches in Europe?

Is there an overview of the deployment of RNP 1 and RNP 2 airspaces and approaches in Europe?

I'm looking for a map, that shows this information. Maybe even 'special' solutions that are not quite RNP.

A few years ago, each country in Europe had its own authority and plan for air traffic management. But this little continent is today the most busy in regard to air traffic, and without action, growth is nearly impossible. Thus countries have agreed to build a "single sky" system, the initiative is known as SESAR (here is the master plan). Those actions are part of the "Pilot Common Project" (PCP), sub-projects include "ATM functionalities 1" (AF 1). From the master plan:

The current implementation status for the 24 airports selected (from SESAR monitoring view): 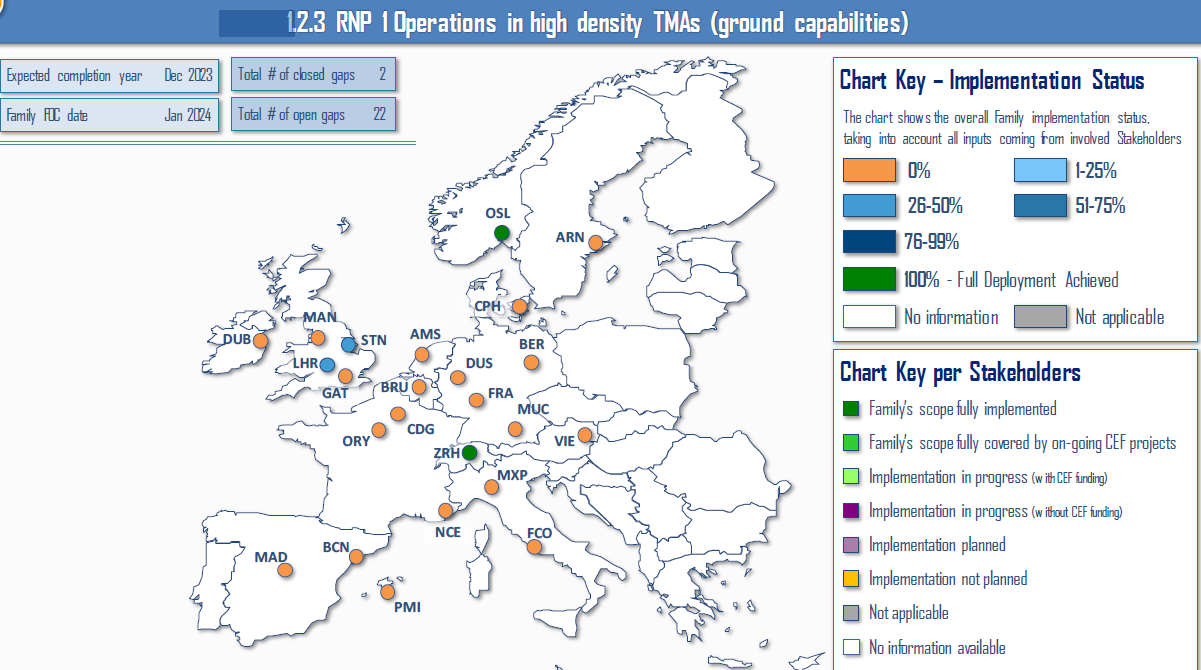 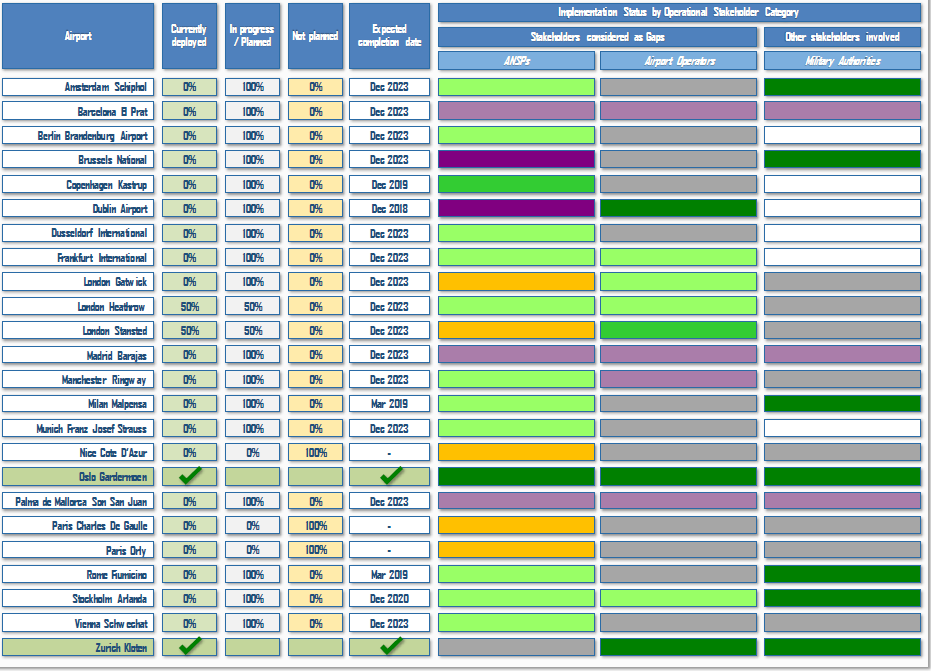 While initially planned for 2018, RNP operational use is now planned for January 2024. Out of the 24 high density TMA (equivalent of FAA TCA), two are already ready (and RNP 1 is already operational for helicopter low routes in Oslo -- this early use is likely for environmental reasons).

I made this question a community question, it is open to improvement by anyone.

Not the answer you're looking for? Browse other questions tagged navigation aeronautical-charts eu or ask your own question.