Is there a pressure rise and velocity change across a turbofan fan and stator?

I've been looking at the pressure / velocity / temperature diagrams across jet engines. These have really helped me to understand the different roles that the compressor/turbine stator and rotors play, and how they compress and then extract energy from the gas flow. I then started thinking about the fan. I've done some reading on how propellers generate thrust in the same way as wings do, with the high and low pressure areas. My question is, do fans primarily generate thrust similar to propellers (i.e. with the high and low pressure areas), or do they operate more like the rotor and stator set-up, with the interaction of subsequent blades acting like nozzles to increase velocity?

The answer is kind of yes and no.

Actually the thrust is always the force with balances the pressure forces on all the parts of an aero-engine.

This means (clarification in the next paragraph) that both propeller and jet-engine "create" thrust with the pressure and suction side pressure distribution of the blades. The following picture from Rolls-Royce's The Jet Engine illustrates that nicely. 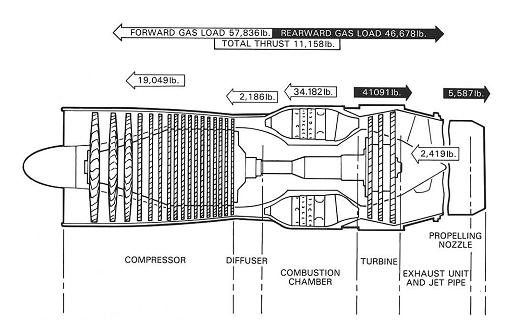 The nozzle is needed to control the pressure level of the whole engine in order to allow for the engine-process-cycle to work properly. And because of this link one can use momentum conservation to calculate the thrust based on the inlet and exit momentum (velocity) of the airflow. 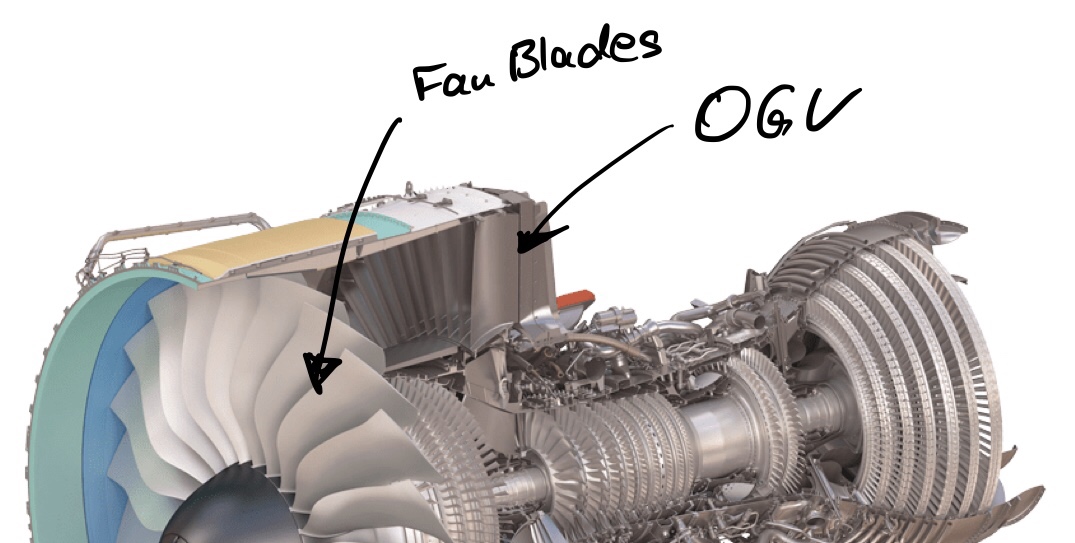 Looking at a turbo-fan engine the answer stays the same. From the turbo machinery point of view: The fan does the same two things every compressor stage does. Two things: adding static pressure and whirl. The whirl is converted into pressure in the guide vanes, downstream of the fan. 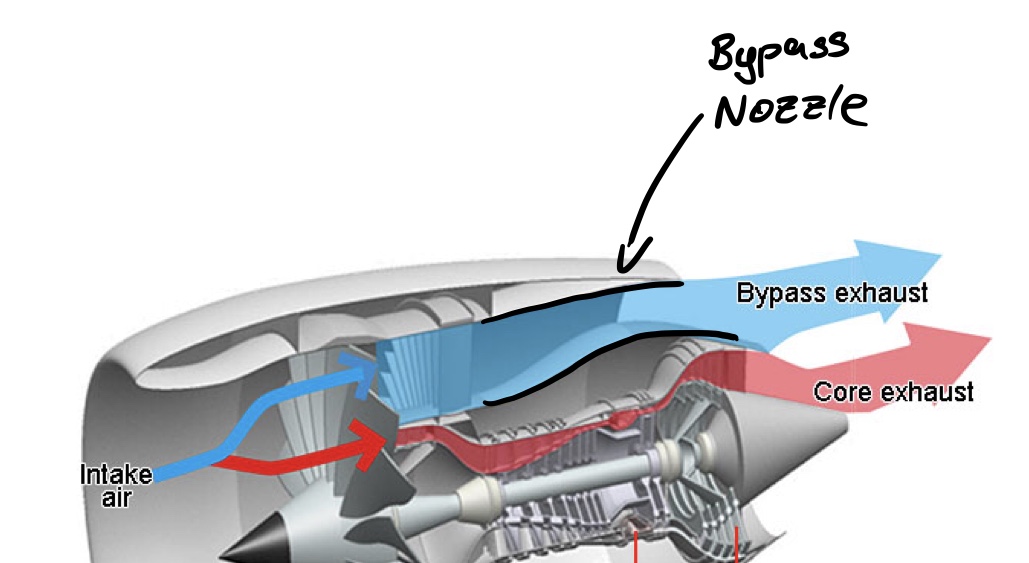 One additional part is needed: The nozzle of the bypass. The above picture by JAXA nicely illustrates that (at least for modern engine installations) the bypass airflow is guided through a convergent-divergent nozzle.

So to sum up. Yes there is a pressure rise (at least locally) across the rotor and a velocity change as well. But the thrust (and drag) is produced by the pressure forces on blades and vanes (and all other engine parts). And yes the fan operates very similar to a rotor stator setup of a compressor. But the vanes in a compressor work like a diffuser, reducing the flow velocity. In order to keep the flow velocity mostly constant the annulus is shaped like a nozzle to balance the increased density.

Not the answer you're looking for? Browse other questions tagged propeller turbofan or ask your own question.

8
What are these strange blades behind the N1 fan in a Boeing 747-8 engine?
1
Does bypass air produce thrust?

4
Off-center fan in geared turbofan - does this exist?
6
In a turbofan, why are there no stators behind the fan?
5
Is 1 propeller always more efficient than 2?
3
Does shrouding a propeller minimize induced drag by equalizing the downwash velocity along its blades?
3
Can a turbofan run without the fan to provide power without thrust?
4
On a constant speed propeller, how is blade pitch related to airspeed and efficiency?
3
What are the relative efficiencies of the various stages of a counter rotating propeller?