Why doesn’t the minimum drag point meet the point at the best Cl/CD polar? 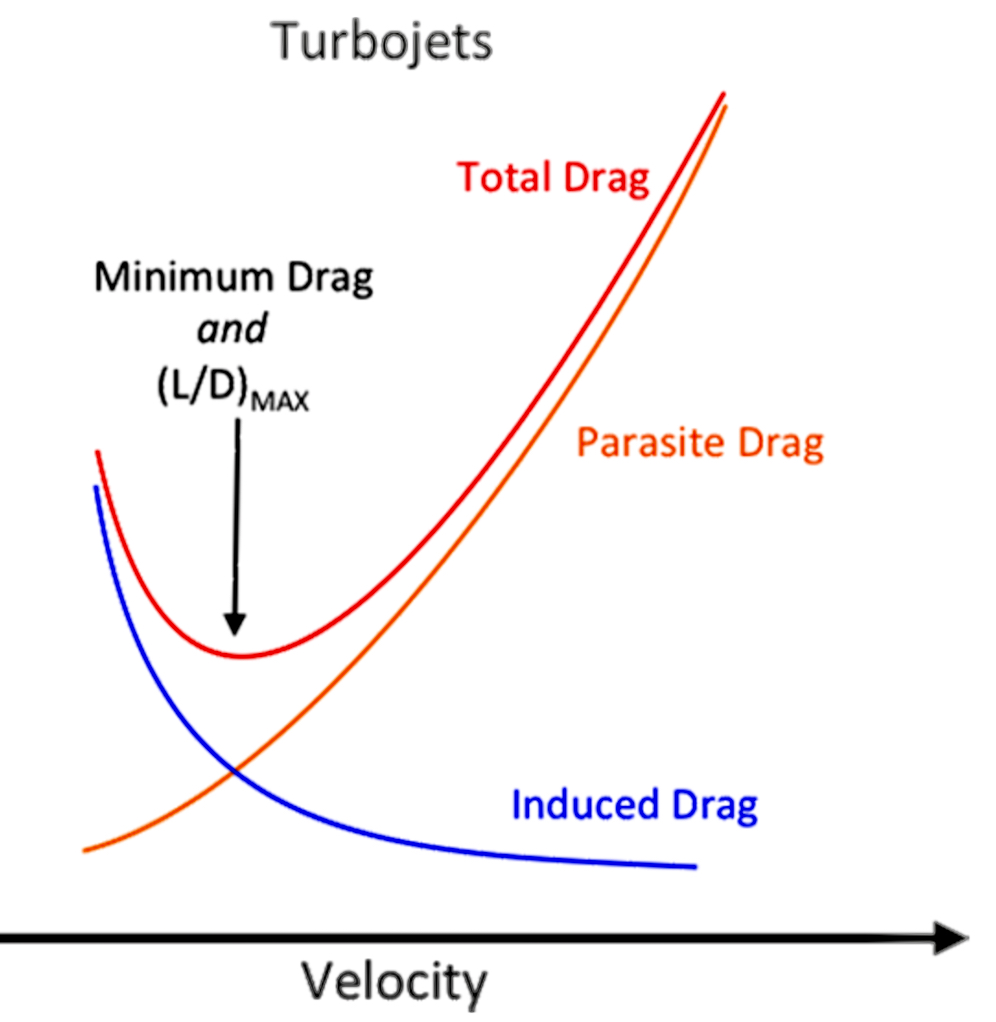 On the first picture, it shows that the minimum drag point is exactly the same as the maximum L/D ratio where it also supposes to be at The point as it shows on the second picture. However, according to the third picture, it doesn’t look like the minimum drag point is at the maximum L/D on the second picture. Why does this happen?

"Minimum drag" at 2deg in image 4.3 is just minimum Cd (coefficient not force). It is the most streamlined position and you will generate the least amount of drag here, for a given speed. You won't generate much lift though, if any. In fact, if you want to fly level (ie. at 1g) you will have to fly so fast that the drag will still become expensively large. Larger that if you were to fly at a more optimum angle of 5deg.

If Cl was constant over aoa, the best Cl/Cd would indeed occur at minimum Cd. ( a fixed quantity divided by the smallest ammount), alas Cl and Cd both increase with increasing aoa, reaching a best Cl/Cd ratio (in your example) at 5deg in image 4.7.

After that point, the Cd will increase a lot more than Cl, thus making the ratio worse.

You need to distinguish between coefficients and the forces.

Coefficients are dimensionless numbers which are used to compare flow phenomena at different speeds, scales or atmospheric conditions. The force coefficients are the forces normalised by a reference area (to remove size effects), speed squared divided by two (to remove speed effects) and air density (to remove atmospheric effects). Mathematically speaking: $$c_X = \frac{X}{\rho\cdot\frac{v^2}{2}\cdot S_{ref}}$$ with $X$ being the force, $\rho$ being density, $v$ being air speed and $S_{ref}$ the reference area.

The lowest drag coefficient is at rather a low lift coefficient. In order to create enough lift to carry its own weight, the aircraft has to fly rather fast there. This high dynamic pressure at this polar point means that the total drag force is higher than at a polar point slightly above it.

At the point of best L/D the ratio between both forces reaches a minimum, so actually the lowest drag for a given lift is at this point.

Only if you disregard lift (say, in a vertical dive where the goal is to reach the highest speed) will the point of the lowest drag coefficient also be the point of lowest drag (at the same dynamic pressure). To generalize: The minimum drag point shifts between the maximum L/D polar point and the minimum $c_D$ polar point with the cosine of the flight path angle. Between 90° and 270° flight path angle (inverted flight) it shifts between the minimum $c_D$ point and the minimum L/D polar point (where lift is negative).

On the first picture, it shows that the minimum drag point is exactly the same as the maximum L/D ratio

This makes sense, at least in the context of linear constant-altitude flight, because Lift must equal Weight and therefore is constant, so if we maximize L/D, we also must minimize Drag. (Also, if we're maximizing L/D, we're simultaneously maximizing Cl/Cd.)

But since airspeed is not fixed as angle-of-attack varies, it does not follow that by minimizing Drag, we are also minimizing Cd-- and that is the key to solving your quandry.

Not the answer you're looking for? Browse other questions tagged aircraft-design aerodynamics aircraft-physics lift drag or ask your own question.

17
Why would maximum fly-time (endurance) not coincide with max L/D operating point?
2
How can the zero-lift drag coefficient (parasitic drag) be calculated?
2
What is the wing span in aspect ratio's calculation?
1
How does wing aspect ratio influence lift and drag?
11
Aerodynamic advantage of blunt noses and WHY (subsonic)
3
Is (L/D)max achieved at a specific speed or AOA?
2
Blunt noses subsonic drag - why a complete ellipse?
1
Could drag in a turn be twice the drag of that encountered in straight and level flight?
1
Explained intuitively, why does aspect ratio affect induced drag?
3
Why is the CG assumed to be between the CP and the tail?