How does the head-up display on a spitfire work?

It turns out that the Spitfire from World War 2 had a head up display. Does anybody know how it worked exactly?

All I could find was this picture, but no explanation: 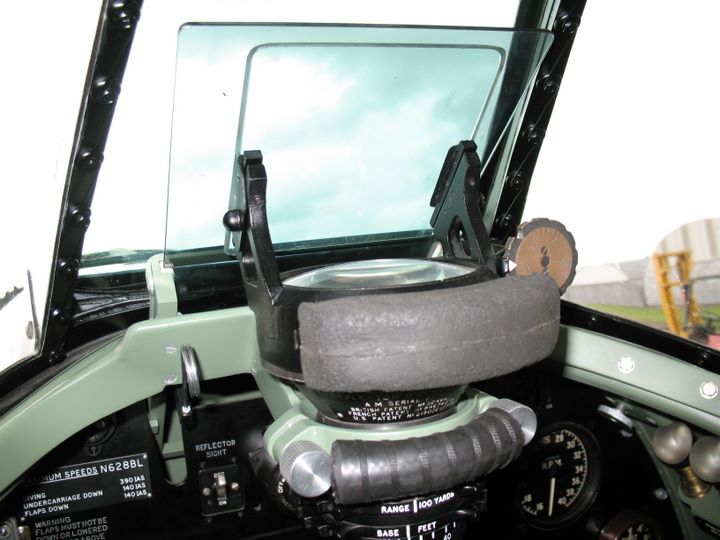 The source does not explain what it does.

Seeing as it is projected, it would only be of use if it were dynamic, that's why I'm asking.

How could they have something like that back in the day?

Edit: Not a duplicate, not all sights were gyro sights.

It's not a head-up display, it's a reflector gunsight. (Follow that link to learn how they work.) It just displays a fixed reticle to aim the cannon, not any flight instrumentation.

Some (but not all) Spitfires had a gyroscopic system to compute target leading and move the position of the reticle appropriately, based on the speed of the aircraft; I suspect that your photo is of this equipment, and that's what the range adjustment visible at the bottom is. More about that can be found at How did the gyro gunsights of WW2 get the range and lead of a target?

Seeing as it is projected, it would only be of use, if it would be dynamic, that's why I'm asking.

That's not actually true. A "static" reflector gunsight is hugely advantageous over a collimator sight (i.e. a tube that you look through) or iron sights, because the crosshairs still appear in the correct place when you move your head. Early aircraft machine guns used collimator sights, but you have to hold your eye right up to the sight to see through it. This often resulted in injuries if the aircraft jerked at the wrong time. Iron sights were subsequently popular, but you still need to line up with the sights correctly, which is time you don't want to spend in a dogfight. With a reflector gunsight, the image of the crosshairs moves as you move your head, so you only have to glance in the correct direction to line up the shot. That's why they're also popular on small arms nowadays.

Not the answer you're looking for? Browse other questions tagged military flight-instruments wwii or ask your own question.

19
How did the gyro gunsights of WW2 get the range and lead of a target?

22
How does IFF work?
20
How does the weather radar work?
4
How does a true airspeed indicator work?
14
How do mixed-bag-of-hardware military coalitions handle communications, IFF, et. al. interoperability?
19
How did the gyro gunsights of WW2 get the range and lead of a target?
10
How is Spitfire landing gear powered?
6
How does airspace work with the navy?
9
What are the correct procedures for military aircraft interception over international waters?
8
How did War Emergency Power work?
0
How does the heading selector on the ADF work?