Do intermeshing rotor helicopters have a swasplate? If no, then how do cyclic and collective controls work?

Looking at the Kaman K-Max and H-43 Huskie, it looks like they rely entirely on rotor flaps. How are they controlled?

What's missing from the picture is the hydraulic actuators that move the swash plate. The K-max and all other Kaman helicopters have cyclic and collective control via servo-tabs behind the trailing edge of the blades. These can be deflected manually. The servo tabs are visible on this picture: 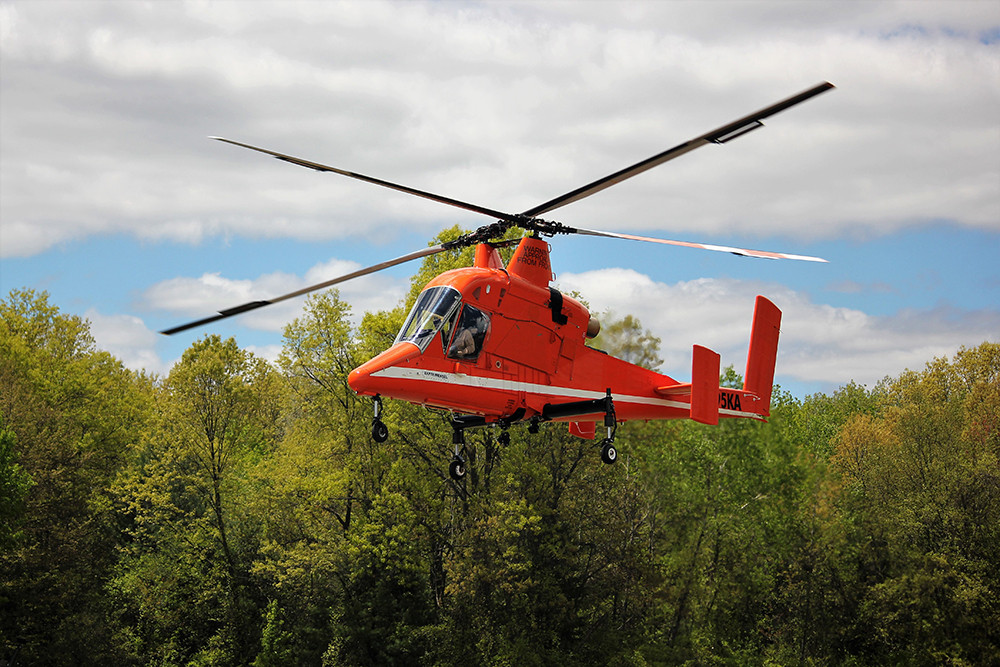 Further info from this site, which also shows a cutaway drawing revealing the thin control rods inside the rotor hub fairing:

The servo flap is a small airfoil located at about 75 percent span of the rotor blade, situated on the trailing edge of each rotor blade. These flaps are controlled by the pilot through push-pull control rods and their function is similar to that of an elevator on fixed wing airplanes. Moving the trailing edge of the flap upward moves the leading edge of the main rotor blade up. This increases the rotor pitch or the lift in very much the same manner as the elevator, on a fixed wing aircraft, changes the angle of attack on the wing. Thus the helicopter pilot can cause the angle of attack of the flap to increase or decrease in pitch, causing the helicopter to alternately dive or climb.

15
Do helicopters have trim? How does it work?
8
How are helicopter cyclic and collective jacks connected?
7
How does the Eurocopter Blue Edge and Blue Pulse rotor blade design work?
10
It is possible to feel a difference between helicopters with clockwise direction rotor and counterclockwise rotor?
4
Where do flaps and elevators get input from?
12
How do the Kaman K-225 rotor “planes” work?
4
On coaxial helicopters, how exactly does the yaw mechanism work?
2
How do a helicopter's cyclic and collective transfer commands to the swash plate?
0
Why do intermeshing helicopters use asymmetric airfoils?
18
How do “tip jet” helicopters cancel the torque effect of the main rotor?