Do modern airliners have oxygen sensors in the cabin?

I know that airliners have pressure sensors to check the cabin pressure, and thus check if we can breathe (and get enough O2) inside it so we don't get hypoxia. But that got me thinking:

The air conditioning system on board airliners is an open system: it scoops up air from the atmosphere, compresses it, expels it through the cabin vents, and then outflows it through discharge valves. In modern airliners there is a certain amount of re-circulation: the expelled air was of such good quality that it seemed a waste to just dump it in the atmosphere. 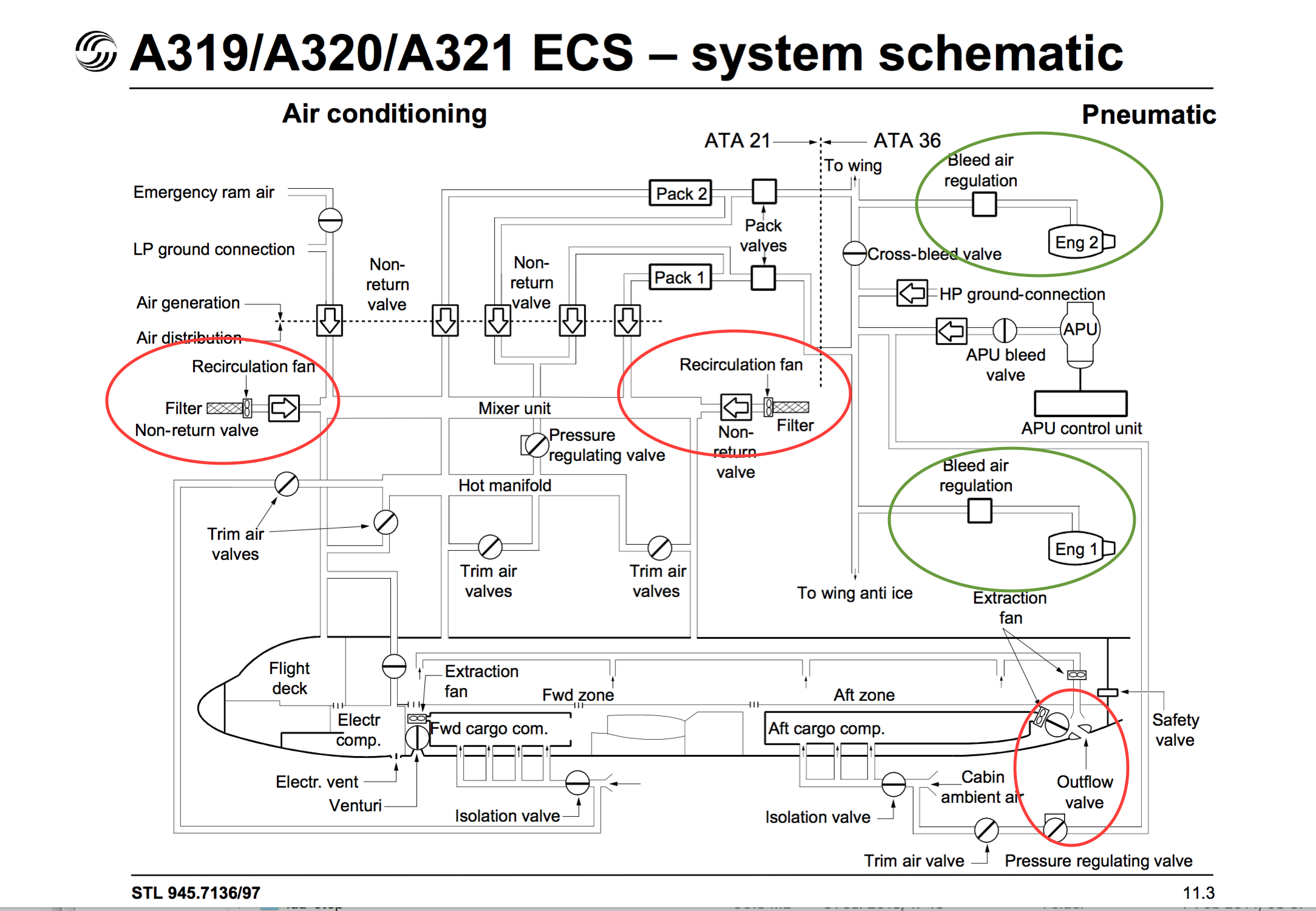 In the A320 family of airliners:

The whole cabin air volume is refreshed every 2 - 3 minutes, as also referenced in this answer: with such a frequent refresh rate, it would be pretty safe to assume that there will always be roughly the percentage of oxygen in the cabin as there is in the outside atmosphere (see below for the actual percentage!) . People have climbed to the summit of Mount Everest without the help of oxygen masks, and that summit is about at cruising altitude of an airliner. AFAIK, the aircon system does not have oxygen sensors, but it does have temperature and pressure sensors which are of more immediate concern.

Low concentration toxic gases are much more dangerous than a drop in oxygen concentration. In fact, the human body makes use of this: when holding your breath, the urge of breathing fresh air again after a while comes from the increase in CO$_2$ in the body, not from any decrease in oxygen. So CO$_2$ detectors on board of aircraft would make sense, as would detectors for the very lethal carbon monoxide. These are available, even in the form of a key hanger for GA pilots (not including any links due to them being adverts).

There have been reports of dizziness and fainting on board of airliners, and investigations into these. A sample of various flights did not reveal a particularly high carbon dioxide content:

With additional measurement reports pending, I found in-flight cabin air quality measurements of oxygen to be relatively stable, ranging from 11.2% to 12.5%.

As indicated at CO2 HEALTH EFFECTS, occupants are unlikely to be affected or to notice CO2 levels under 2% or 20,000 ppm - a far higher number than in-flight aircraft cabin carbon dioxide levels.

Notice that the oxygen contents on board is a bit over half of that of the outside air - the cause of dizzy passengers? Reports of dizziness do keep appearing, and nothing beats direct detection of noxious gases by a sensor. Problem is, there are so many of them. Oxygen, carbon monoxide and carbon dioxide sensors would be good candidates for inclusion into the aircon systems.

On your second part of the question

Is there any situation (emergency or not) in which some other gas could pressurize the cabin and lower the O2 percentage inside it?

Yes, in air conditioning systems that use bleed air there definitely is, an engine malfunction can for instance inject gases from burning oil into the cabin air, a problem that was reported a few times for the BAE 146. From this report:

The British Aerospace BAe 146 was the aircraft type most commonly involved in fumes/smoke events when taking into account flying activity. The Airbus A380, Boeing 767, Embraer EMB-120 and E-190 were among other aircraft types that also had a higher than average rate of fumes/smoke occurrences over the period.

While it would not significantly affect the O₂ percentage one thing that must be tabulated on a cargo aircraft is the amount of dry ice loaded. Dry ice is very common in packaging to keep perishable shipments cool during transport. Since dry ice sublimates into gaseous CO₂ as it warms there is a limit to how much can be loaded into an aircraft. If there is too much there's a possibility that the pilots could be overcome by gas trapped inside the plane. It's a rather insidious threat because you can't smell it so you would only realize something was wrong when you started feeling physiological effects.

An O₂ sensor would not help since pilots would be overcome long before it made any detectable difference in O₂ levels. AFAIK there are no sensors for CO₂ either. The amount of dry ice loaded is carefully tabulated and pilots who fly cargo containing dry ice are aware of the possible hazard and how to recognize symptoms of CO₂ poisoning.

The system would be kind of superfluous, since the ambient environment around the airplane, and the cabin itself, is filled with air. The air in the atmosphere is a mixture of approximately 78% nitrogen and 19% oxygen by volume, so the known quantity of oxygen, and the partial pressure of oxygen, would be known, or relatively easy to calculate, if you knew what the cabin pressure itself was. As such there is no reason to put in an oxygen sensor within the cabin of an airliner.

Not the answer you're looking for? Browse other questions tagged airliner sensors oxygen or ask your own question.

38
Would failure to put on an oxygen mask during loss of cabin pressure result in death?
13
How does my Casio watch know the altitude in flight?
15
How do big planes like 737 manage fresh air for passengers during flight?
4
What are the advantages of Chemical Oxygen Generation over Gaseous Canisters on board of aircrafts?
8
How can an airline flight crew handle an in-flight oxygen system fire?
2
Is it possible for crew oxygen to exacerbate a flight deck fire?
5
Is the F-16 capable of taking off during a nerve gas attack?
8
Do airliners have any cockpit indication of open doors?