At what distance from magnetic north do pilots start referencing true north for heading?

The Earth's magnetic poles are constantly shifting, resulting in a significant distance between the true and magnetic poles. This means that while using them as references for heading at lower latitudes makes sense, using them as such while flying in polar regions causes often unacceptable inaccuracy.

In a simulator, I noticed that many modern airliners have a toggle to switch between referencing true and magnetic north as appropriate; but at what distance from a pole would this toggle be activated? 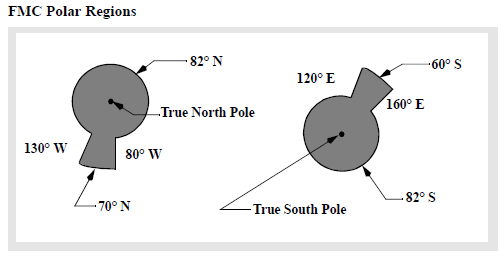 Not the answer you're looking for? Browse other questions tagged navigation magnetic-compass or ask your own question.

13
How do I convert true heading to magnetic heading or the other way around?
13
What vertical flight profile could be expected from an aircraft if the pilots were incapacitated?
11
How can aircraft determine true north for inertial navigation systems?
7
Does True Course, Magnetic Heading, or Magnetic Course determine cruise altitude?
4
Is this the correct sequence of steps to convert from true course to compass heading?
1
What was the normal flight path for a passenger aircraft from New York to Miami in 1955?
0
When I use a plotter to identify a direction from a VOR, what heading or course is it exactly?
4
How do you realign a directional gyro in an area of magnetic unreliability?
4
Do large cities contain enough iron to significantly affect an aircraft's magnetic compass?