Would it be possible to build a “rocket” using a series of ducted fans?

I'm wondering if it would be possible to build ducted fan "rocket".

My idea is to construct the duct from 18650 batteries, and to have a series of contra rotating fans along its length.

I can 3d print new blades to have a steeper angles as the air-flow/speed increases.

This is the fan I'm looking at.

A 90mm fan will let you make a ring of 16 batteries around the curcumference and it would be 6 batteries tall as it's a 6s motor.

Is this feasable/will it work? what kind of thrust would I get?

Here is a quick render I made: 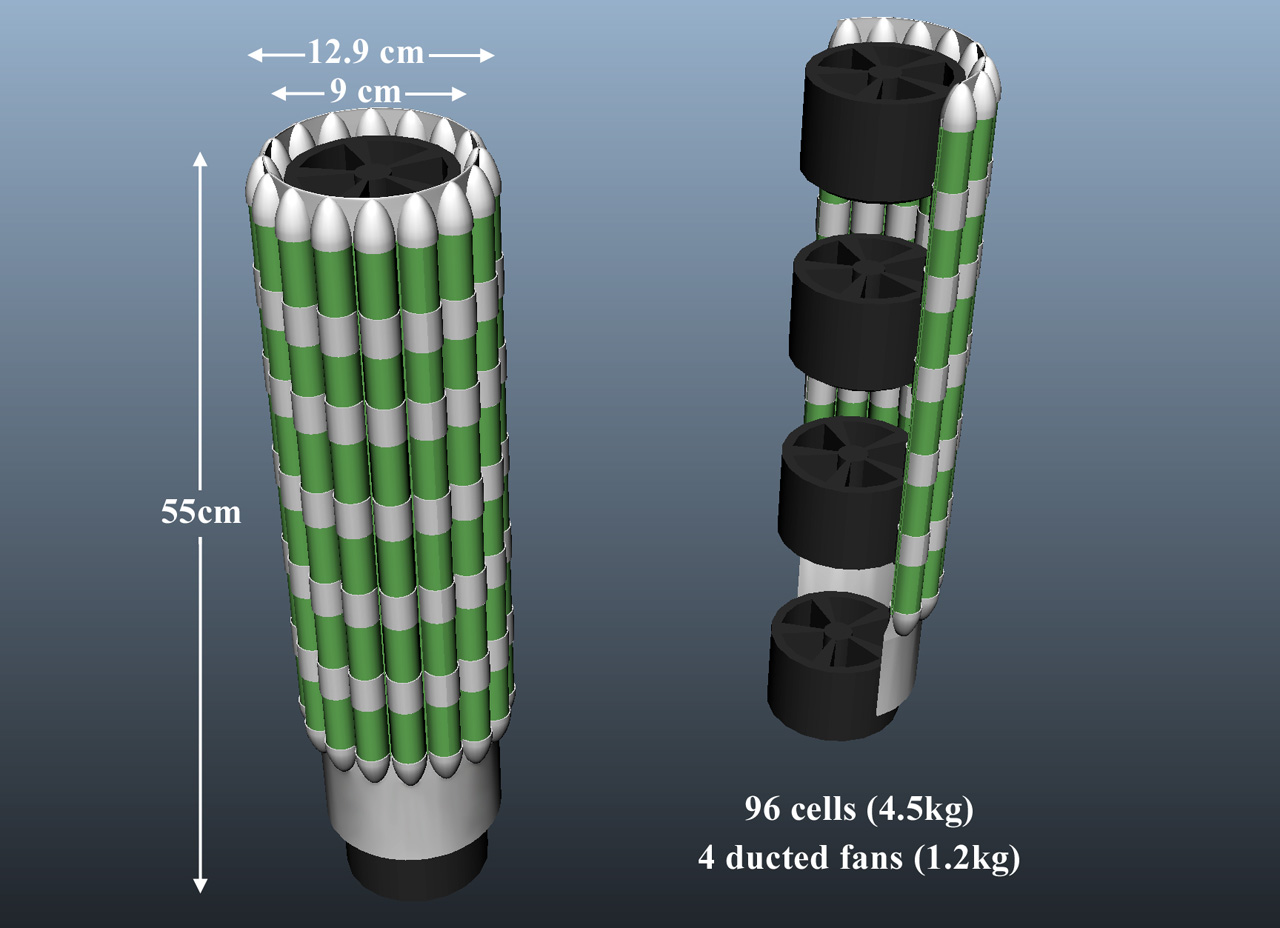 From the link you provided:

Assuming that 16 * 6/4 = 24 18650 cells would be able to deliver full electrical power for the fan, the issue would be indeed be the local angle of attack of the fan blades.

Thrust at full power is listed at 3.3 kg = 32 N. This would be at standstill/hovering conditions at sea level, since measuring at that level provides the highest thrust level for advertisements. Diameter is 0.09m. Net thrust T =

Impulse thrust considerations usually draw a contracting propeller wake for inducted propellers. Ducted fans work a bit differently and we can take the average velocity behind the fan for further Order Of Magnituding. Below figure is from this research paper, and shows the considerations for ducted fan flow; it contains some methods for more detailed computations. 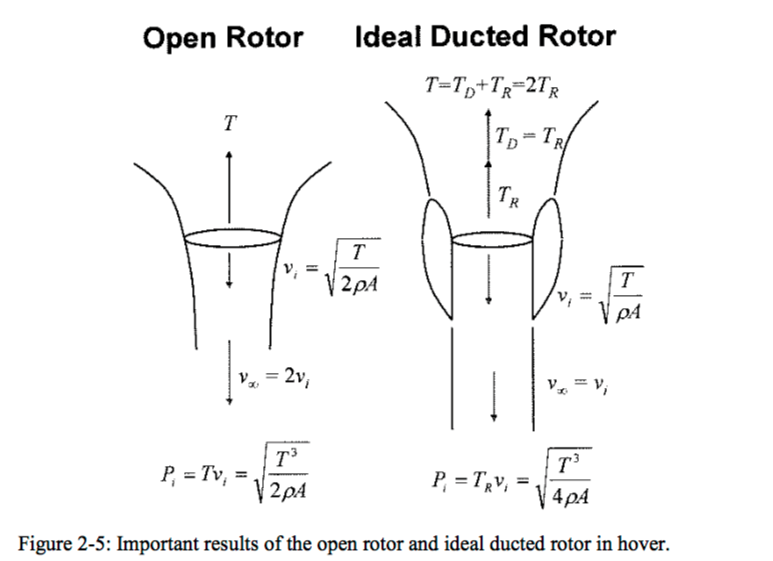 Note that the above is valid for the hover. As soon as the "rocket" picks up speed, the local angle of attack of the fan blades will reduce and therefore thrust will reduce. So one would have to optimise time of thrust (time of amps delivered) with weight, momentary speed, and expected end speed, then average the blade angles out for the speed function.

Note that opening the hull in between the fans allows for extra air to be drawn in, increasing the mass flow. The paper cited above has results for a setup like that as well - if the increased mass flow relates in lower entry velocity, this might be worth considering.

Not the answer you're looking for? Browse other questions tagged aerodynamics propeller avionics rocket or ask your own question.

2
Would a 767-300 be considered FANS-1 capable without SATCOM?
6
Do ducted fans eliminate induced drag?
12
Are ducted fans more efficient?
11
Why don't drones use ducted fans?
5
Are there any ducted propeller or fans without a shaft in the centre?
5
Do any propellers/propfans use stator vanes? Why is this not a commonplace feature?
3
Do ducted fans have a future in forward flight aircraft? Can they be made more efficient than open rotors?
3
Would “Mad” Mike Hughes' steam-powered rocket have been certified airworthy by the FAA?