Is inverted flight possible under these conditions? [duplicate]

My understanding of flight is that the primary aspect is the angle of deflection, and the purposes of the shape of the wing is to maximise efficiency. Could a commercial airliner with asymmetric aerofoil sustain inverted flight by keeping its nose up, or something similar?

For the purposes of the question, ignore issues with the fuel or engine, and assume that the wing shape is fixed and not specifically built to accommodate inverted flight, including not having flaps or anything in the aileron department.

Yes, based purely on the wing shape an airliner could fly upside down and maintain a straight inverted flight. The lift of the wing is a function of the vertical angle of the airflow, the angle of attack. 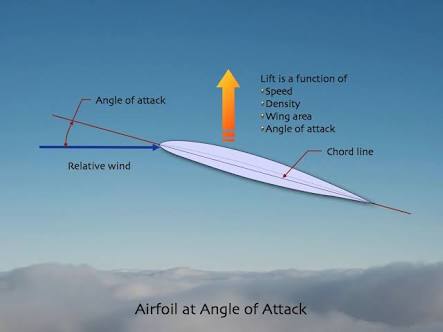 The picture shows an airfoil pointed upwards, but the same forces apply when the wing nose point downwards. Then turn the picture upside down, and you have lift pointing upwards again.

The situation is valid for an asymmetric airfoil as well, the only difference being that it provides lift at AoA zero. Zero lift is provided at a slight negative angle of attack, so the aircraft nose will be further up when inverted, still below the stall angle though.

The only case I could find of an airliner flying inverted for any period of time was Alaska Air 261. The jackscrew that set the incidence on the horizontal stabilizer stripped out due to shoddy maintenance, putting the stabilizer in a severe nose down position that elevator and trim input couldn't correct. For a minute or two, the pilots did manage to hold the plane inverted in an attempt to counteract the broken stabilizer, but the plane ended up crashing into the sea due to the inability of the pilots to regain full control.

So the answer would be a qualified 'maybe', as it is unknown how much of a contributing factor the inverted flight was to the final descent.

Not the answer you're looking for? Browse other questions tagged aerodynamics lift airfoil inverted-flight or ask your own question.

14
Is it possible to fly a large aircraft inverted?

14
Is it possible to fly a large aircraft inverted?
20
Do any flight simulators go completely inverted?
9
Are aircraft capable of sustained inverted flight at constant altitude?
7
What is the best design for a small flying wing with special flight envelope?
3
How can I find the optimum chord wing length for this wing?
4
How do planes respond aerodynamically when bringing them into inverted flight by rolling?
2
In general, how do aircraft handle differently in inverted flight versus in upright flight?
1
Why do oblique-wing aircraft suffer from significant aerodynamic cross-coupling?