How do tugs push back the Antonov 225?

How do tugs push back aircraft with 2 nose gears such as the Antonov 225? 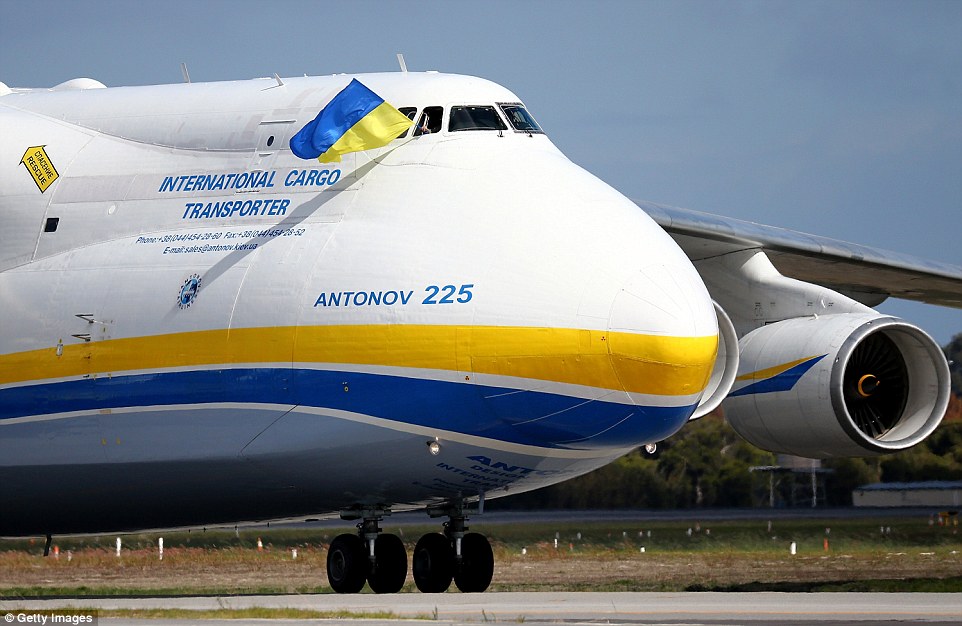 Quite simple ― use a (special) towbar! Aircraft with such unique front wheels (like the Antonov An-225 Mriya and Lockheed C-5 Galaxy) carry their own towbar around, which is then attached to the tugs for movement.

For example, here is the Galaxy's towbar: 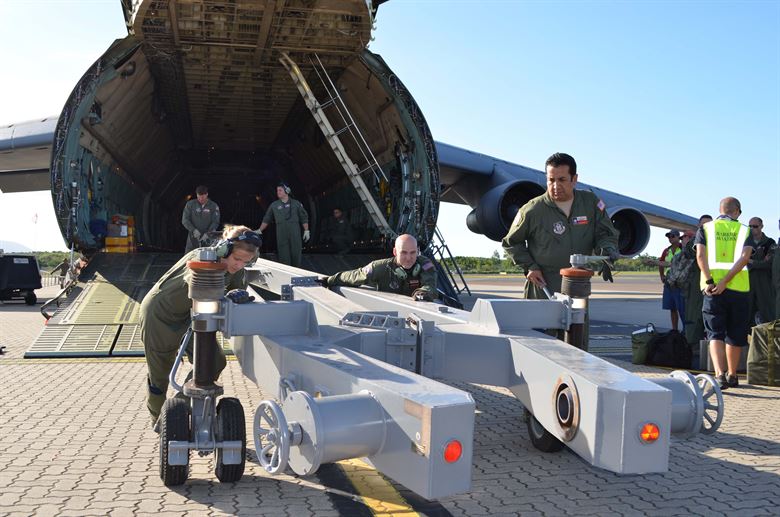 And here's that of Mriya: 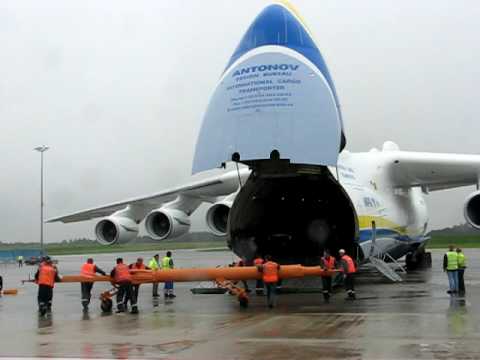 AN-225 towbar being removed from aircraft; screen grab from this youtube video.

And here's a Galaxy with a towbar: 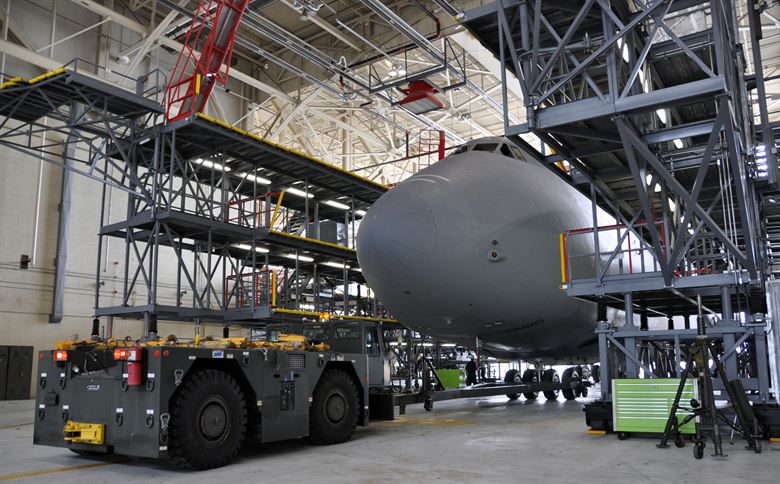 Troops from the 439th Maintenance Squadron prepare to tow a C-5 Galaxy into Westover's Regional Isochronal dock, May 22, 2013, to test the newly-constructed mobile tail enclosure. Crews broke ground April 1, 2012, for the $5 million MTE, is a moveable structure on rails that will protect maintenance troops from harsh New England weather. The MTE is the largest structure of its kind in the Air Force. (U.S. Air Force photo/SrA Kelly Galloway)

This video shows Mriya's towbar in use.

It is a half hour operation at the best. That's why these aircraft are usually parked away from other aircraft as they take longer to get moving.

The aircraft will usually carry its own towbar. Unlike scheduled flights where it makes sense to have your towbars positioned at the airports you operate to, for the type of flying the AN-225 does (unscheduled) it is not practical as these things cost a fair bit of money.

On the Antonov, a tow-bar is usually carried in the fwd-most position of the cargo hold. It is offloaded and the push commenced. Once the aircraft is positioned on the taxiway to the point where it can commence movement under its own engine power, the towbar is disconnected and the nose-cargo door is opened. The aircraft then 'kneels' on its nose-gear and the ramp lowered. The towbar is then wheeled on board and lashed down. The ramp is raised, the nose-gear resume the normal position and the cargo door closed.

A lot of airlines which operate an uncommon a/c type or operate to remote areas will usually have a towbar on board. But since it is such a hassle to pushback and then reload the towbar they will usually request a 'power-in/power-out' stand which works better for all involved. Air Koryo (North Korea) usually carries a towbar in the hold of their IL-62. I've also handled the Luftwaffe A310 which had a towbar in the aft hold. This was a particular pain as the tow-bar had to be lashed by the load-master.. so it was pushed back onto the taxiway, the pax steps and belt-loader positioned, towbar loaded and lashed by the Luftwaffe Loadmaster who then boarded the aircraft after which the steps and belt loaded removed. I suspect this was more to ensure that nobody stole the tow-bar!

Not the answer you're looking for? Browse other questions tagged ground-operations taxiing antonov-225 or ask your own question.