How does the nitrogen generation system in a Boeing 777 work?

How does the nitrogen generation system in a B777 work and how does it differ from that used in a B787? Any diagrams will be appreciated.

As RAC points out, "nitrogen-generation system" is somewhat of a misnomer. All the system does is remove oxygen from the ambient air and blow the rest into the center fuel tank; there is no chemically "new" nitrogen created. The 777 architecture is basically the same as the schematic that mike provides; in fact, all bleed-air aircraft use pretty much the same system. For example, here is an Airbus schematic: 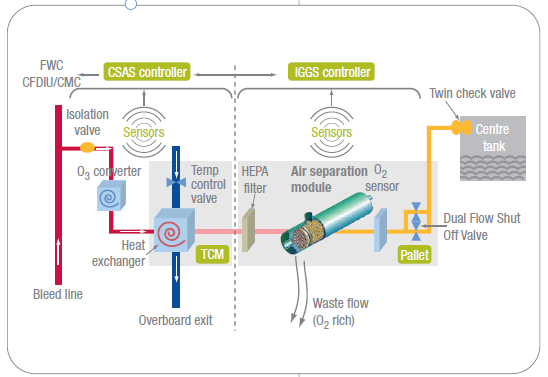 Parker has a breakdown of the major components. Summarizing it and filling in some gaps, we have:

The 787 is a no-bleed airplane, which means that instead there is an electric-driven compressor to supply the NGS rather than bleed air. This setup requires a slightly different heat-exchanging architecture, but the overall function and operation of the primary system components are similar. 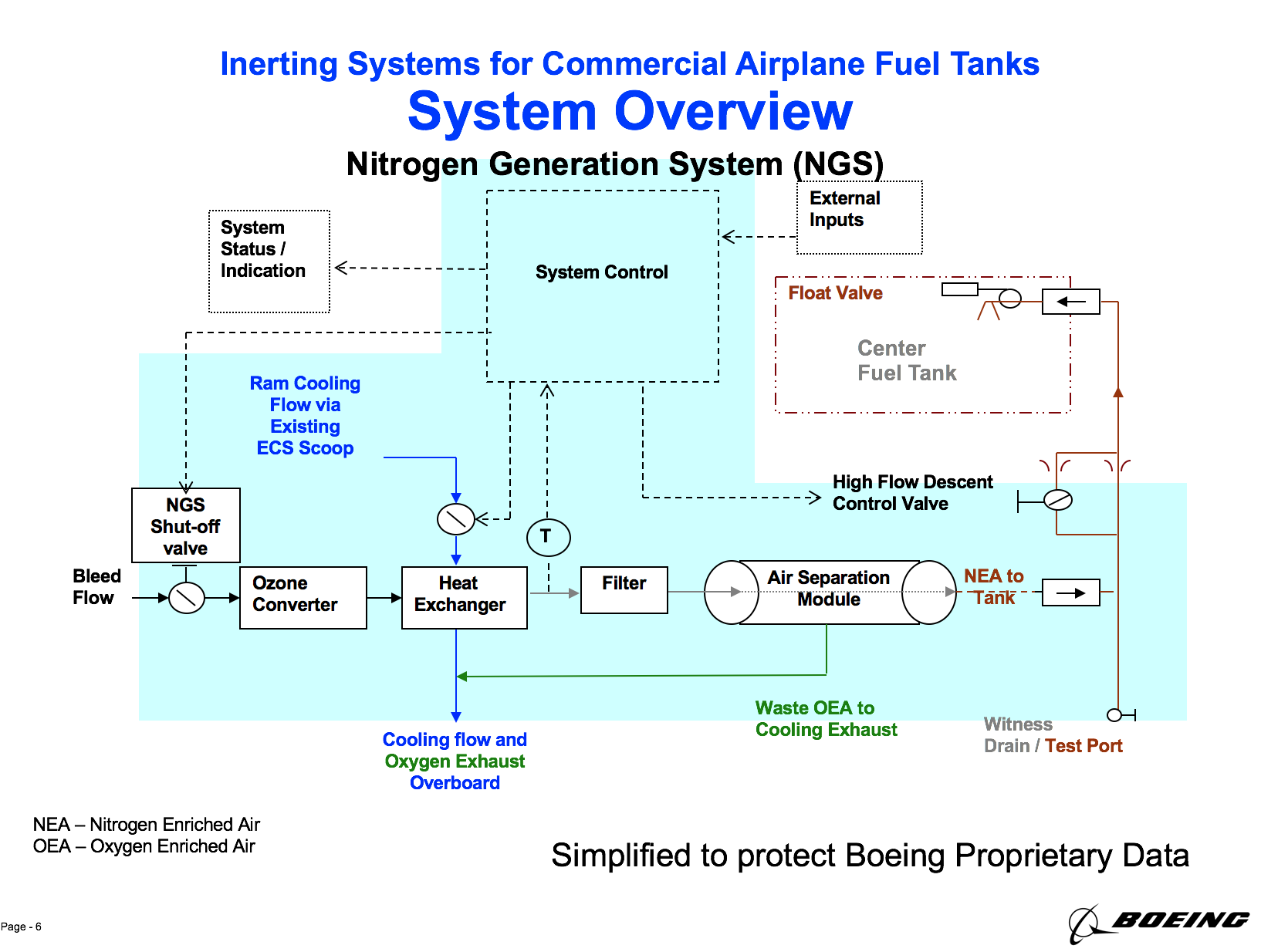 On the 787, air from the Cargo Heat system is passed through a catalytic convertor (like your car), which takes out some of the oxygen. The reduced-oxygen/enriched-nitrogen is then fed to the fuel tanks like a vent system.

Not the answer you're looking for? Browse other questions tagged aircraft-design aircraft-systems boeing-777 boeing-787 or ask your own question.

17
How does the Guardian counter-MANPADS system work?
5
How far can Boeing 777-200LR fly?
6
How does terrain alert system work?
25
Where can I find Boeing 777 safety records?
8
How do tyre pressure sensors in aircraft work?
16
What is an "all-electric APU"?
15
Why does the Boeing 777X have a flight deck similar to the 787 and not to the previous 777?
3
What protections and feedback does the fly-by-wire of the Boeing 777/787 provide?