Do passengers notice if the aircraft is struck by lightning?

I recently saw a video from Valk Aviation (actual scene) of a KLM B777-300 struck by lightning on departure. It happened a few days ago. 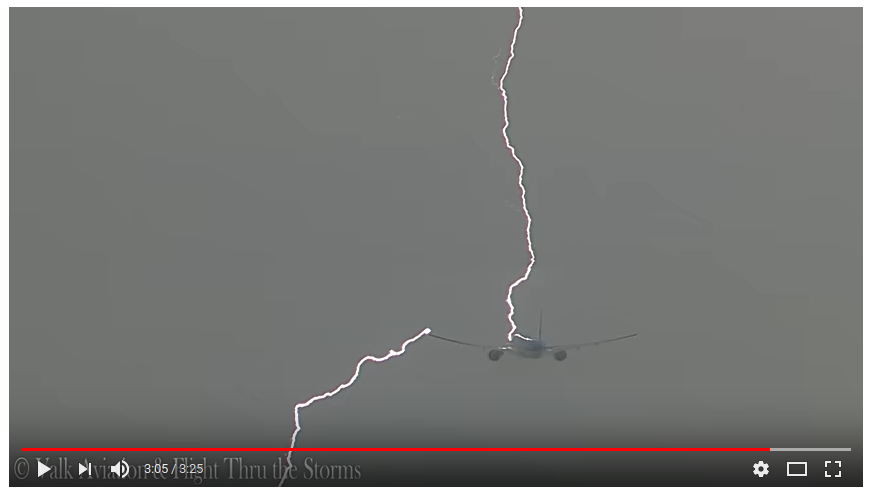 I know this looks more frightening than it really is and the aircraft usually isn't harmed. There are numerous posts here covering this.

But I wonder what a passenger would notice when the aircraft gets hit? Is there some kind of BANG or something? Do the lights flicker, for example?

Terrys answer implies you cannot tell for sure so I guess you won't notice at all. Is that true?

In my experience: Yes, the passengers notice, at least for some lightning strikes.

I was flying from San Francisco to Chicago, this was sometime in the 90s. There was a big snowstorm coming in to Chicago, and all you could see out the windows was snow illuminated by the landing lights. There was the usual murmur of conversations going on in the cabin, and all of a sudden there was an almighty BANG and the cabin went completely silent - everybody had stopped talking and was probably holding their breath. Several seconds later (seemed like a long time) the captain came on the PA and said

Nothing to worry about folks, we were just hit by lightning. We will be on the ground in Chicago shortly.

I am 100% certain that every single passenger on that flight "noticed".

Yes, lightning is extremely loud, and it makes a snap like a gun shot. The sound is so loud, it can damage a person's hearing. Also, if the window shade is open there will be a bright flash.

Not the answer you're looking for? Browse other questions tagged weather lightning or ask your own question.

33
What happens when an airplane gets struck by lightning?