What effect do slats have on descent rate?

During descent, assuming the same speed and idle thrust, is the rate of descent greater in a clean configuration or with slats?

If the slats would increase L/D, they would not be retracted in cruise.

TomMcW is right, any high lift device increases drag when compared to a polar point that is within the regular operating envelope of the clean wing. How much so can be answered when looking at old wind tunnel data published by Sighardt Hörner in his classic "Fluid Dynamic Drag": 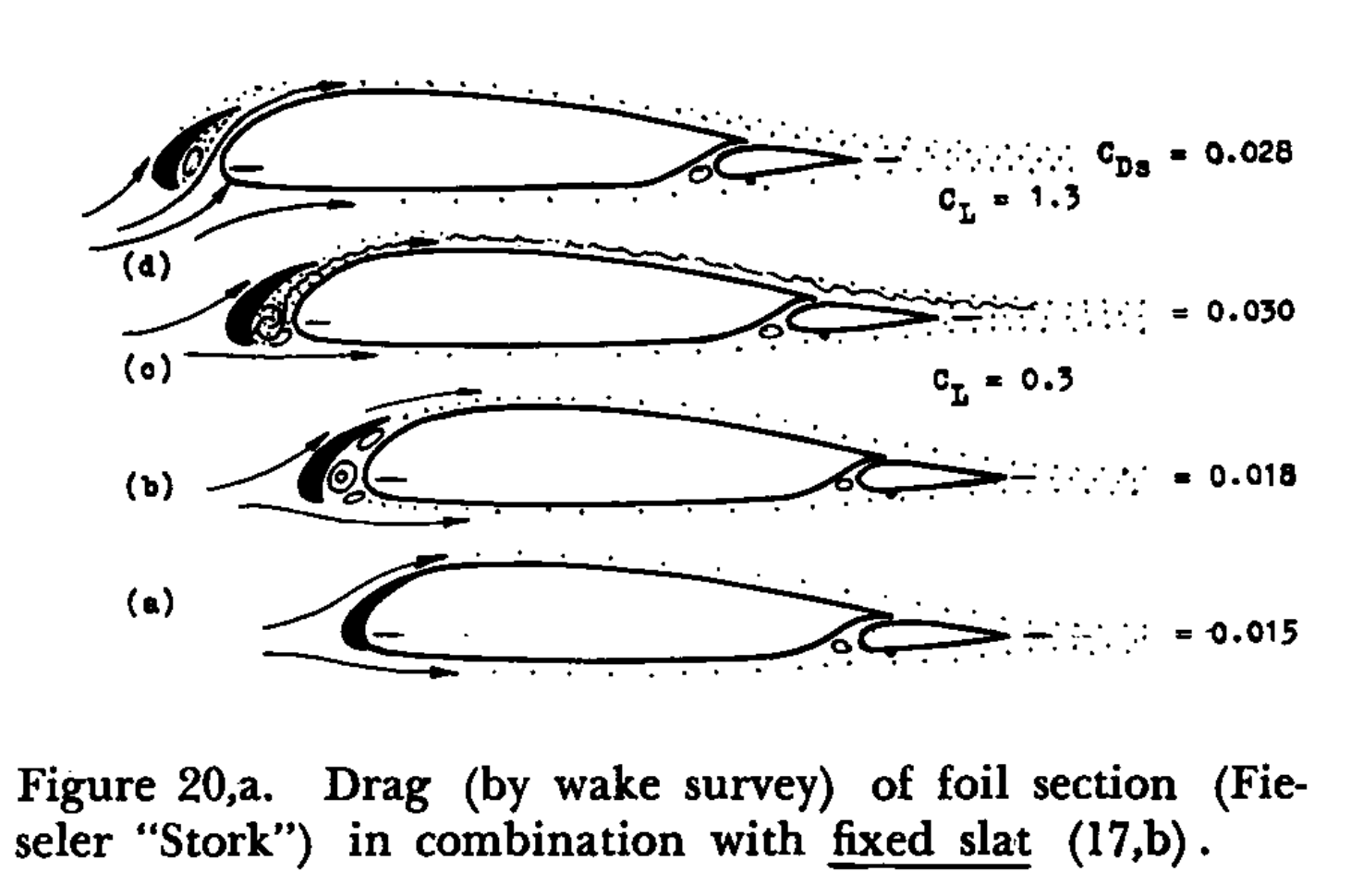 Figure 6-20 from Fluid Dynamic Drag comparing different versions of the Fieseler Fi-156 "Storch" slat. Although it is not explicitly stated (and the original report in the Jahrbuch der deutschen Luftfahrt-Forschung of 1940 is not available online), it must be assumed that the lift coefficients of (a), (b) and (c) are similar. After all, Mr Hörner worked at Fieseler in Kassel and contributed to the aerodynamic design of the Fi-156, so he should have been intimately familiar with this airfoil.

If thrust and speed are not changed, deploying slats will increase sink speed. If I further assume that this descent is done at optimum L/D (zero-lift drag equals induced drag), then a doubling of the zero-lift drag of the wing will increase total drag by maybe 17%, details depending on the share the wing has in overall drag (I assume for the figure above that this share is ⅓).

Not the answer you're looking for? Browse other questions tagged descent slats or ask your own question.

5
For a large commercial plane on landing, does the L/D ratio increase, decrease, or not change much?

18
What is the normal descent rate for airliners?
6
What is the relation between aircraft descent rate and speed?
3
Is the separation distance between two aircraft approaching an airport the same under CDA and Non-CDA scenario?
4
What is the maths behind the descent rate calculation?
5
What would be the effect of skinning over the gap in fixed leading-edge slats?
27
Why didn't the Concorde have flaps or slats?
4
What is the impact of thermal Anti-Ice on descent performance?
16
Why does an airliner have a shallow descent when heavier, opposite to gliders with ballast?
0
What rate of descent would kill you?