Why do helicopters not roll over when flying forwards? 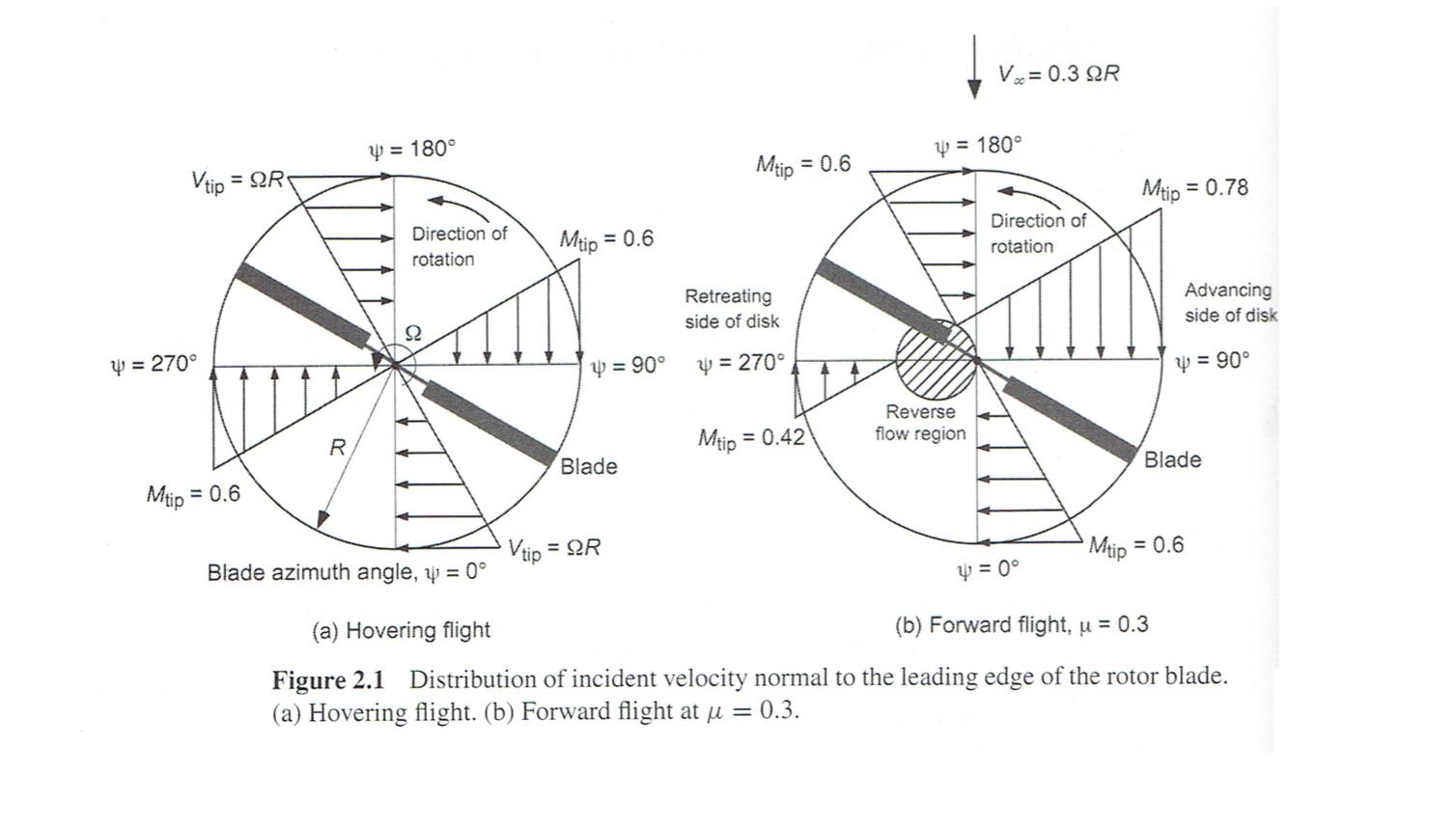 Juan de la Cierva's first autogiro did roll over, twice, and he then applied the principle of blade flapping, a stroke of genius. Flapping is created by allowing the blade to move up and down. Depending on rotor head design this is done in different ways:

The lift stays equal at both sides because of blade flapping. If the blades can freely travel up- and downwards, the forward going blade indeed experiences more lift, but as an effect of this starts to travel upwards and reduces its angle of attack. The rearward going blade experiences the reverse, less lift makes the blade descend and increases angle of attack. The lift distribution with and without flapping is depicted in this figure from Prouty, Helicopter Performance, Stability and Control: 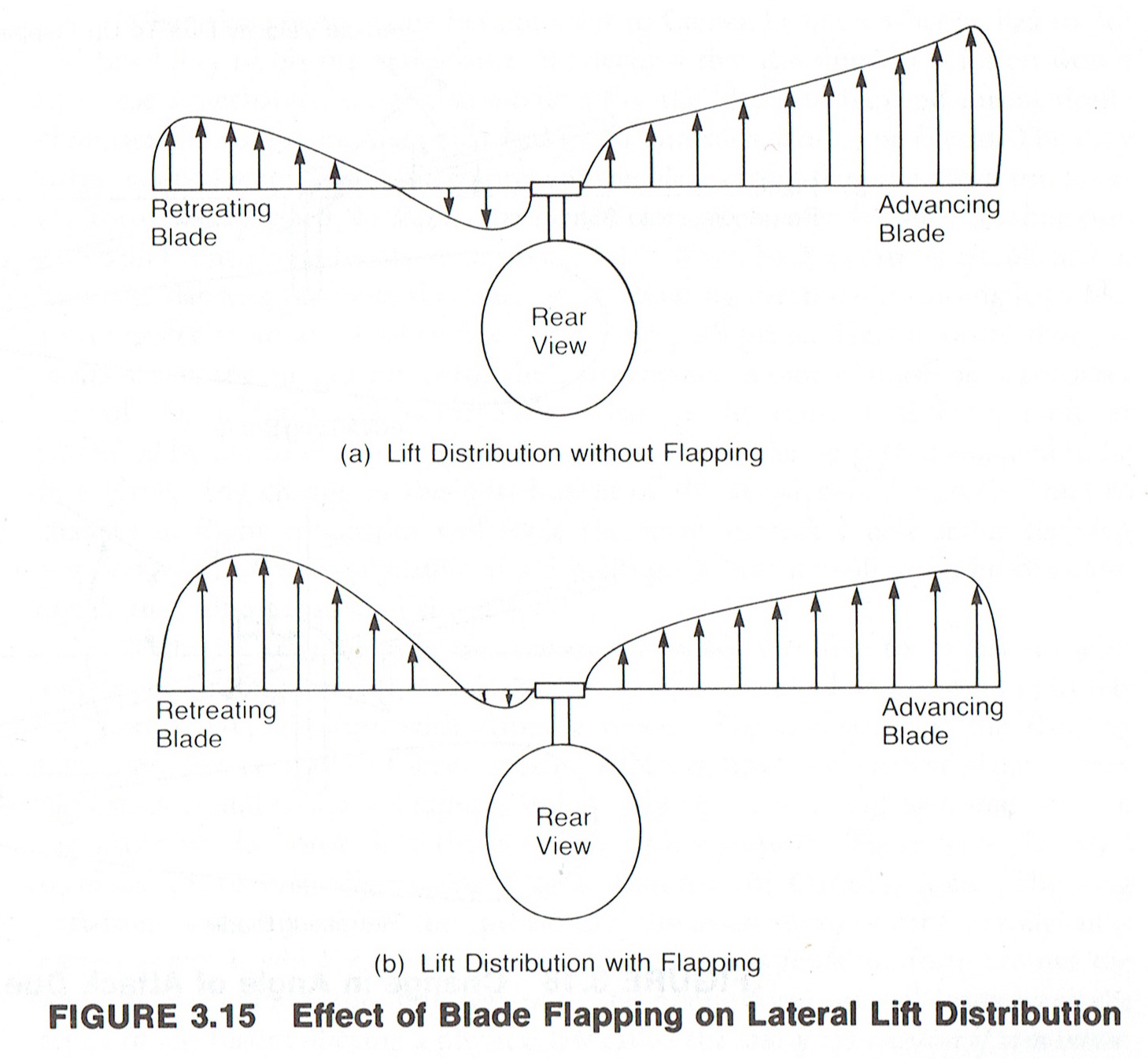 The local angle of attack distribution of an example helicopter travelling at 115 kts looks like this: 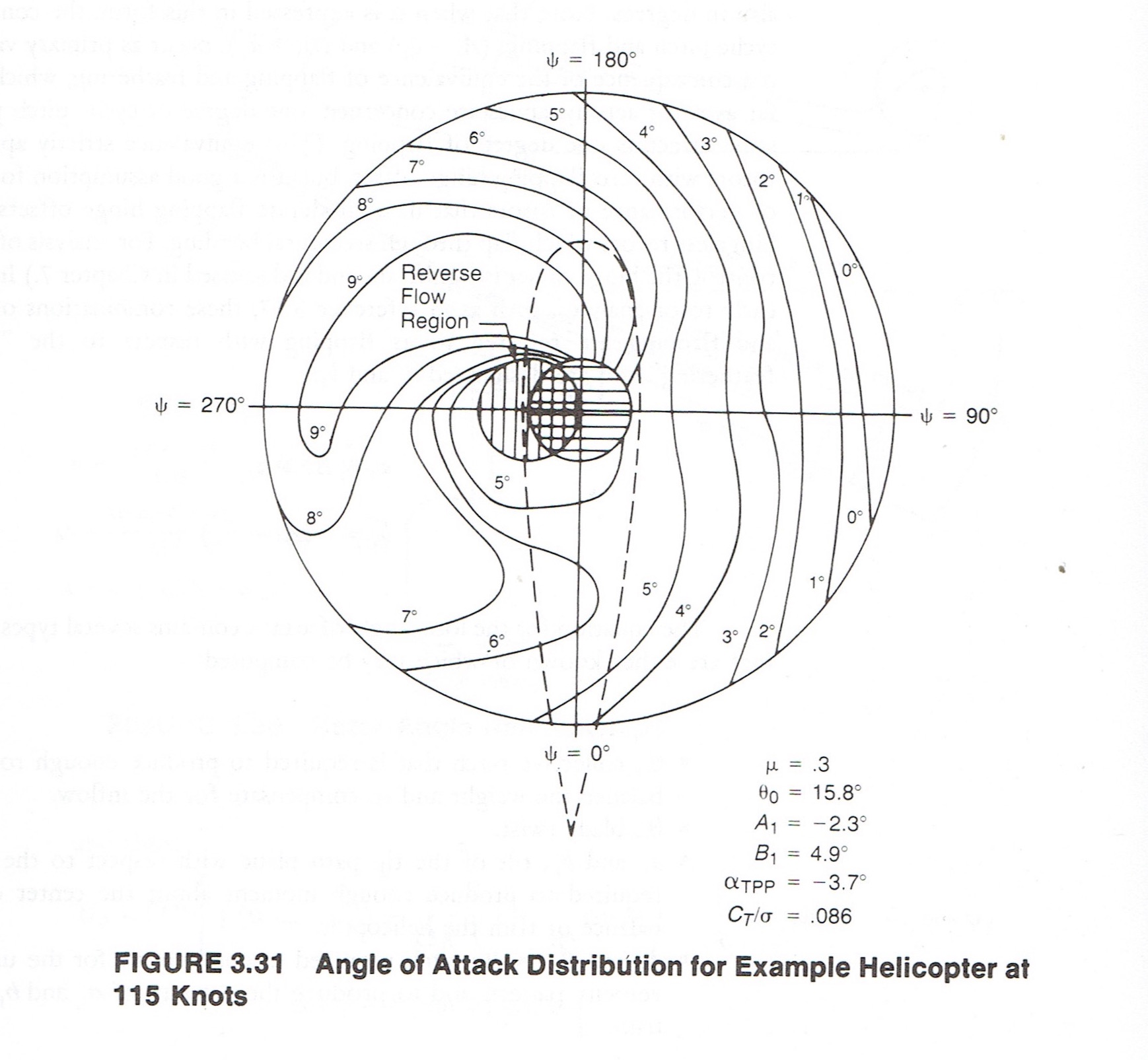 The rearward going blade has a local AoA of 9°, not very far from stall. Increasing airspeed will at one point result in retreating blade stall, with associated loss of lift and increase of drag, and then the helicopter will start to roll over.

Notice that the reverse flow region is not really a big problem in lift creation:

Gyroscopic precession is the (very counter-intuitive) physics phenomenon wherein torque applied to an object with a lot of angular momentum (from the main rotor in this case) actually causes rotation of that object roughly 90° degrees later in that rotation's direction.

Thus, the increased lift on the advancing blade actually results in a pitch-up action, rather than a roll-left, like you might expect.

This even caught Igor Sikorsky off guard during flight testing of Sikorsky's first helicopter:

The design team was not familiar with the fact that a spinning rotor had gyroscopic properties (precession) which required an input 90 degrees in rotation before it became effective. The VS-300 therefore rolled left when the cyclic stick was pushed forward. The initial pilots, Igor Sikorsky and Serge Gluhareff, had no idea whether the control problems were caused by the helicopter design or pilot technique.

copters.com describes the phenomenon in more detail, and Smarter Every Day has a fantastic video explaining it as well.

Not the answer you're looking for? Browse other questions tagged aerodynamics helicopter lift or ask your own question.

73
Do helicopters use more fuel when hovering?
15
Can a helicopter stall?
1
Could a helicopter perform a forward inversion (front flip)?

9
How do helicopters handle P-Factor?
18
In helicopters, why not have electric motors controlling blade pitch?
33
Why don't helicopters always takeoff from a hover out of ground-effect?
73
Do helicopters use more fuel when hovering?
3
Why are helicopters less efficient than planes?
4
On a constant speed propeller, how is blade pitch related to airspeed and efficiency?
9
Why is ground effect greater over smooth hard surfaces?
3
How does gross weight affect helicopter autorotation?
5
Why do helicopters not flip when using cyclic pitch control to move?
7
Why do smaller RC helicopters have visible twist in their rotors, and slightly bigger ones do not?