Why did Boeing remove the engine chevrons on the 777-X? 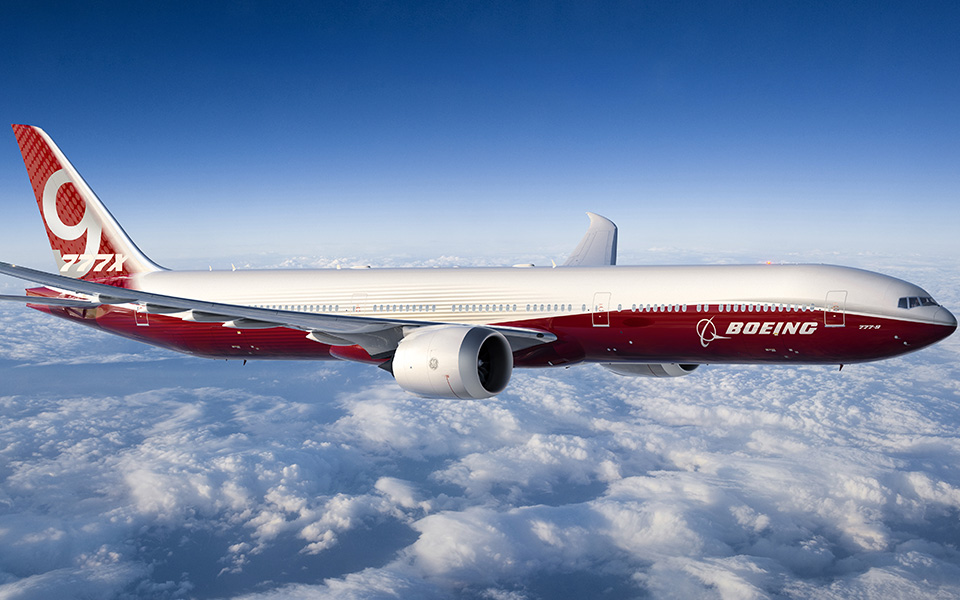 From the most recent renderings on Boeing's site, it looks like the engine chevrons found on the 787, 747-8 and 737-Max have been removed from the 777-X. Is there a good reason for this?

The 777X is still in development and it will be powered by the General Electric GE9X (also still in development). The current talk is that GE is working on a proprietary method (has been for 20 years) that will make the chevrons obsolete. Namely the use of an oxide-oxide ceramic matrix composite, which they have unveiled already (October 2013) for the smaller Passport 20 engine.

It's a new material that can withstand very high temperatures, make the elaborate cooling methods a thing of the past, and bring back the mixer seen on old jets (since it can withstand the hotter exhaust of the new engines). 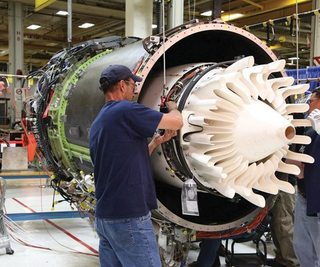 The oxide-oxide CMC material replaces what would have been graphite-epoxy components in the Passport 20 – namely, the four-piece panel enclosing the engine core and a nine-piece component called a mixer, says Judd Tressler, director of Bombardier programmes for GE.

Mixing produces a more uniform less turbulent stream, turbulent stream is a lost thrust. Mixer aside, using the CMC in the turbine and combustor will save on wasted bleed air and provide better combustion respectively, both save on fuel (noise) for same thrust. With the noise level brought down, there is no need for the drag-adding chevrons.

Likewise, GE is also looking to expand the use of oxide-oxide CMCs to other commercial turbofan engines – possibly including the GE9X, in similar regions of the engine as the Passport.

Not the answer you're looking for? Browse other questions tagged engine-design boeing-777 or ask your own question.

19
Why do certain aircraft's landing gear tilt up?
26
What is the purpose of the small fins on top of the wing surface of Boeing aircraft?
7
How long is the training to get a Boeing 777 rating if one has a 737-200 rating?
3
Why didn't Boeing make the Sky Interior for the Boeing 777?
4
Engine options for the 777-300ER: GE90-110B1 or -115B?
15
Why does the Boeing 777X have a flight deck similar to the 787 and not to the previous 777?
5
Why will the 777X be tested for crosswind handling with wingtips raised?
1
Does ELMS inhibit cabin pressure alarms on the 777, and would the MEC Override Vent be stuck open following an electrical failure?
3
What protections and feedback does the fly-by-wire of the Boeing 777/787 provide?
4
Why are jet engine fan blades painted?