How dangerous would it be to start a jet engine with coins inside?

With the multiple stories in the news of people throwing coins into a jet engine for good luck, I couldn't help but wonder how dangerous it would be if the act went unnoticed and the crew started up the engine with the coins inside. Would the engine be damaged? Would the damage be noticed before the plane throttled up for takeoff or left the ground? I'm sure the answer is, to some extent, "it depends", but what's a worst case?

As you say "it depends". Modern jet engine front turbines are designed to reject foreign object debris outside the core, which is where the damage would really matter. Jets suck up hard foreign object debris like pebbles often enough and it will ding things a but but hardly cause catastrophic damage. I'm sure coin throwing has gone unnoticed, and it made no difference in the end.

Really, it's not a big risk for the most part, modern high-bypass turbofans have a large bypass duct, when coins are thrown into an engine which is not running they will drop to the bottom of the bypass duct and get blown harmlessly out the back when it's started. However, there's just enough risk that a coin could find its way into the compressors and cause enough damage to need expensive repairs, and that is why they will take the airplane out of service.

Of course it depends on the coin, if you threw this bad boy in it would be a different story: 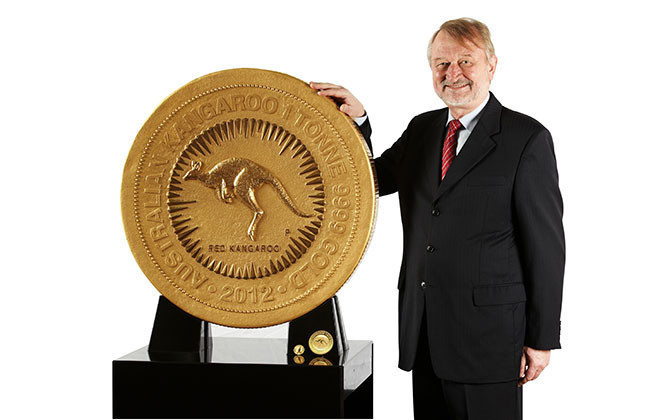 Not the answer you're looking for? Browse other questions tagged jet-engine engine-failure or ask your own question.

12
How do you start a jet engine if the start valve is stuck closed?
15
Would in flight engine failure of the passenger jet be reported?
11
What would happen if put a jet engine behind another jet engine?
2
Is there an alternative (more robust) operating law/setting for jet-engines? After one engine failed?
2
Can a jet cruise with asymmetric thrust?
9
How is bleed air used to start a jet engine?
5
Triple engine failure; which would you choose to keep left?
1
How dangerous would it be to take off at night with no ATC, no runway lighting system and have a single engine working?
2
What drives N1 during a jet engine start?