What simulation software do airlines use?

What simulation software do airlines use for training purposes? Do they use software like P3D, FSX, X-Plane, or FlightGear? Or is it a custom? What about aircraft? Do they source them from groups like PMDG or is this also custom?

X-Plane offers a "Professional Level" which is mostly about licensing. However X-Plane also has an FAA certified version that if paired with proper controls is legal for certain training/instructional hours. You can find more info on the FAA's approved simulators here and here. The flight school I trained at had a certified sim from the 80's that was pretty miserable by todays standards. It was certified and had no screen, I would say it was "custom built" FWIW.

Many airlines may turn back to the manufacturer for recurrent training. Both Boeing and Airbus run facilities with full motion simulators. I would think they built the software in-house but I don't have any hard evidence on that. As the OEM builder they have access to genuine interior parts to build the sims.

For smaller aircraft places like SIMCOM offer training in full motion sims but do not list their software of choice. SIMCOM uses actual aircraft interiors (most likely from defunct airframes) for their sims.

If your really adventurous you can build a full cockpit sim yourself.

Computer games try to model the aircraft based on generalized aerodynamic and physical principles and at best "feel". FAA and EASA certified full flight simulators are built with a data package purchased from the airframer, which uses their developmental models coupled with actual flight test data.

On top of that, full flight simulators do not simulate much of the hardware. Things like FMS, display computers, autopilot, and even fly-by-wire computers, are traditionally done with actual flight hardware that are fed with data from the simulator. This ensures the highest levels of fidelity. In newer systems, if they don't run the hardware, they obtain the original code from the vendors and run it in a software simulator (a process called re-hosting).

Obviously none of the enthusiast programs can do this. A single full flight simulator can cost up to $20 Million, so their resources are far better than what enthusiast software program can do. For full-size jets, there are essentially two companies in the world who do this, CAE and L-3 CTS (formerly Thales).

Here's a (somewhat older) article detailing the custom software architecture these simulators use.

Yes the PC software that OP mentions can be used for professional flight training - if it demonstrates to the authorities that it matches aircraft data, and that is where the distinction lies. It has to be FAA/EASA qualified, where EASA has stricter rules on low level devices.

The distinction between computer games and flight simulators has been blurring in the last decade. What's the difference anyway, on a PC we see an out-the-window view, a 6-DoF model of an aeroplane react to our inputs, hear sounds, can see indicators move...walks like a duck, quacks like a duck, must be a duck, right?

Not necessarily. The main difference is the verification. A computer program sold to the general public does not have to prove to anybody that the model behaves like the real aeroplane, just manage feedback from users. A simulation device used for professional training, does have to demonstrate fidelity: the FAA and EASA want you to objectively prove how realistic the device is. So whatever software you use (and it can be X-plane or FlightGear) must demonstrate that it matches objective aircraft measurements.

Building flight simulators used to be akin to black magic. 30 years ago, building a Level D simulator was an almost impossible feat of engineering, a brilliant effort to reproduce all failures modes that pilots are trained for handling, running on multiple Super Fast processors in a Unix environment. Super Fast meaning about 286-type performance, with zero MB memory. The Level D fully justified a high price. 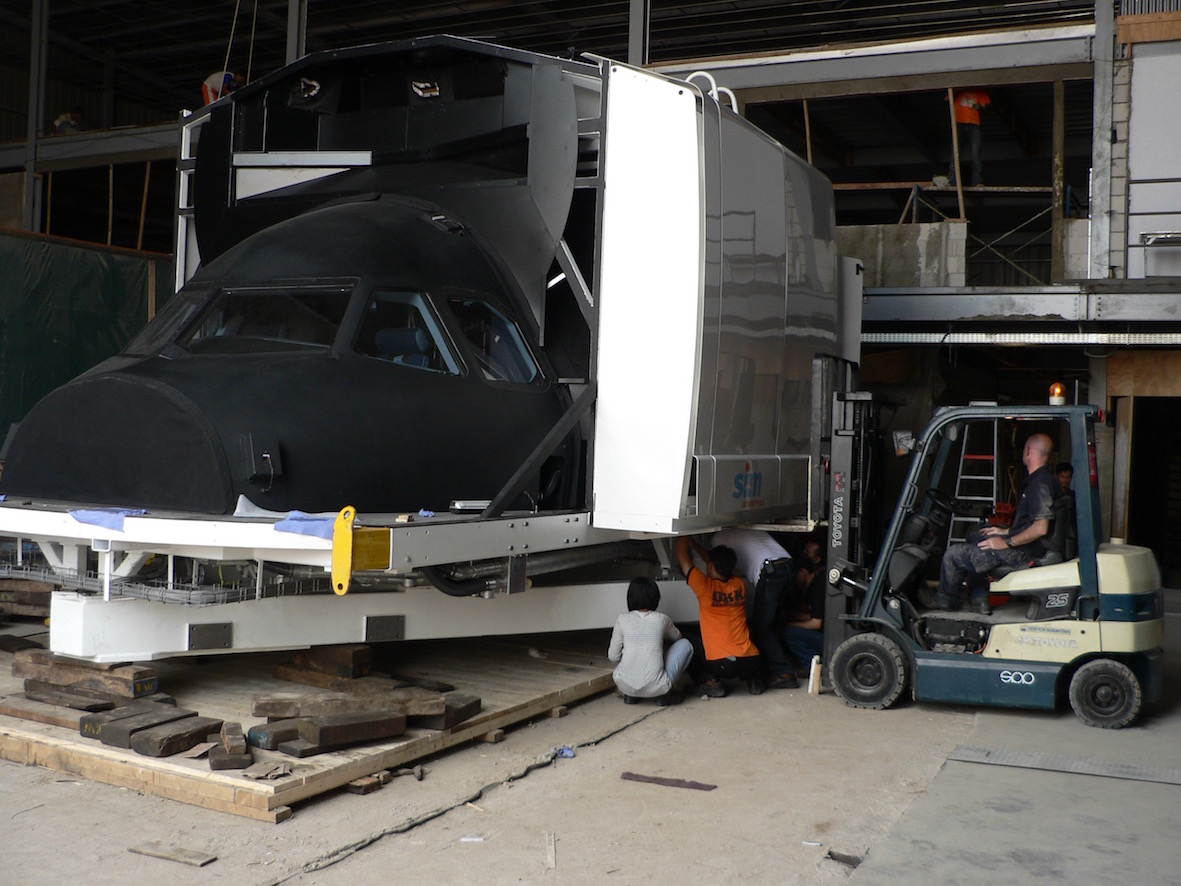 Not anymore. Yes the hardware is not cheap, but with today's sales prices less than half the price of a Level D simulator. Robotics and fast processors have made the hardware cost pretty reasonable nowadays, and there have been market disruptors (disclaimer: I used to sell their devices). Nowadays the main cost of a Level D simulator is in the license price that needs to be paid to the aircraft manufacturers for use of their data.

Whose software is running on the devices? 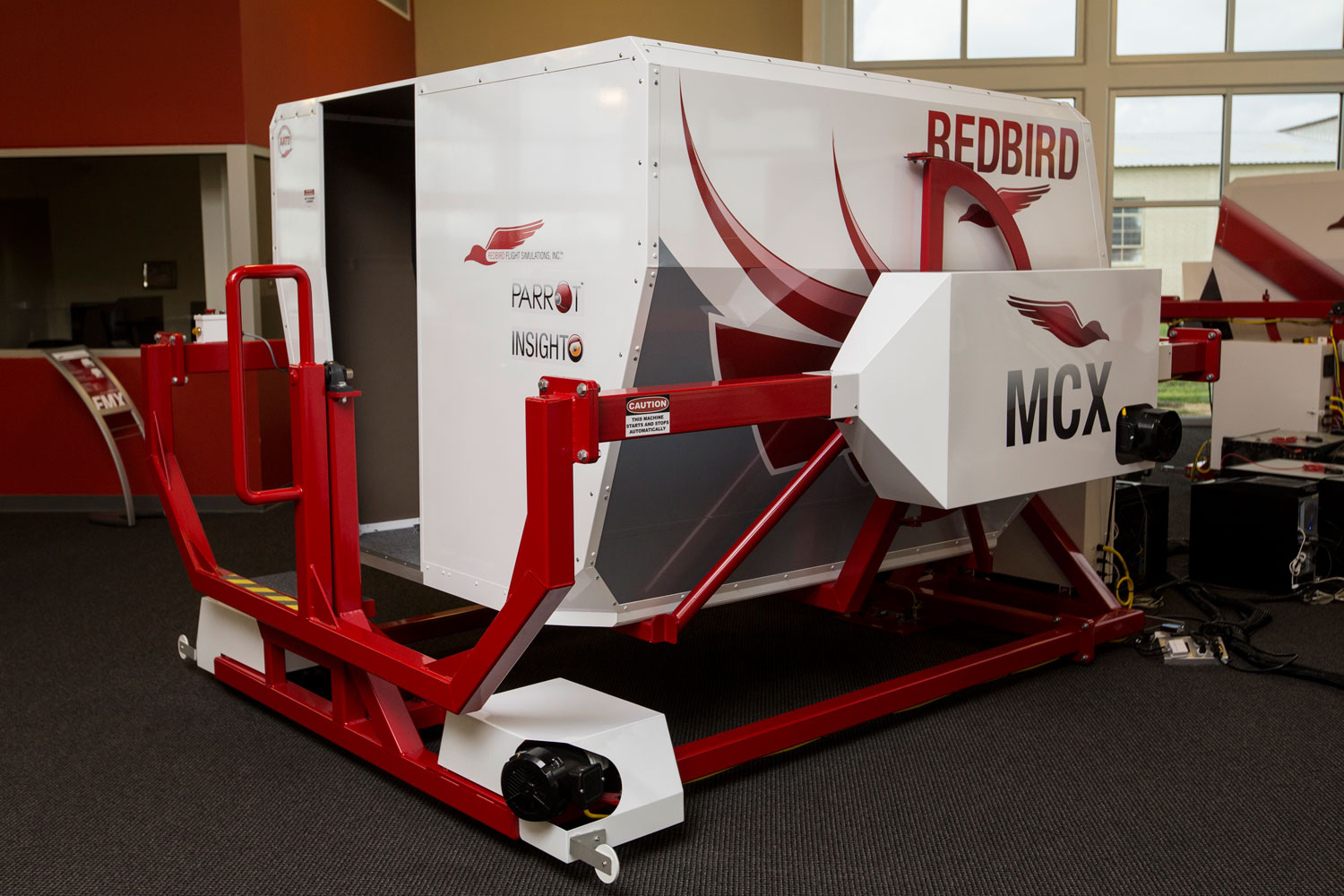 There are new kids on the block as well, a company like RedBird is taking a blank slate approach. A GA type cockpit inside. This type of simulator is FAA approved, for a lower standard than the Letter Devices, of which mostly Level D is now delivered.

The PC software that OP mentions can be used for flight training, and make very good practising tools for standard operations: power up the aircraft, start all systems, start the engines, learn how to trim, how to operate the radio, how to communicate etc. FLightSim, X-Plane, FlightGear etc are all very useful tools, much more so than the old fashioned way. 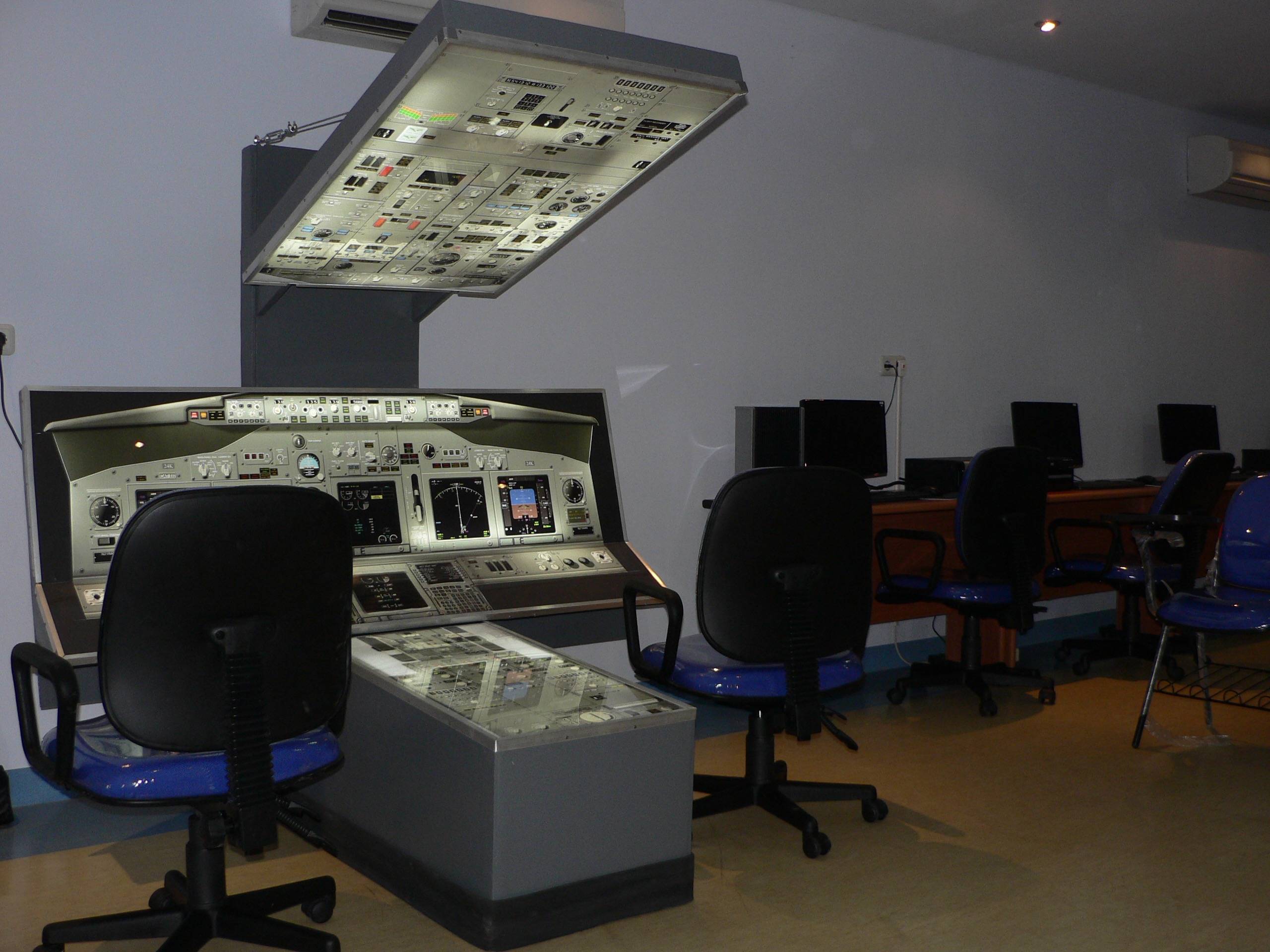 Airliners train their pilots using flight training devices (simulators) to keep them current with their licenses.

"Simulators" range from single PC applications for procedural training to Full Flight Simulators, those that have a realistic cockpit, and that even moves, vibrates and generates the required realistic ambiance (sounds, visuals) to make you feel you are really flying.

The full flight simulators, if certified to Level D, meet strict criteria for simulating a flight condition. From taxi to emergencies and landing in various weather and aircraft conditions. Because of this realism and high fidelity, a flight hour in the simulator is logged into the pilots logbook just like a real flight.

Therefore the simulators that are used for pilot training have complex hardware and software that are developed especially for the particular aircraft they represent.

Here are two links to companies that work in this field:

I worked on D class simulators in Australia and all the software we used was built in house specifically for the task.

For lower fidelity simulations we used a mix of X-plane for aerodynamics and visuals, VBS for the simulation environment and other in house software for instrumentation and other components.

The reason we couldn't use game software like X-plane for D class simulations is because their physics and visual simulations were not up to FAA standard, for example, reflections off of waves in water, flight model oddities in wind conditions and various other environmental shortcuts that are 'good enough' for games but not for simulation purposes.

For the D level simulations, our calculation software had to run at 1000Hz to be as responsive as possible to pilot and environment actions, which (as far as i know) game engines do not support.

If you want some more information here's the public documentation for a couple which use custom software for simulation and display. The documents are a bit basic but they get the general idea across.

Commercial carriers use hardware simulators, not software. Each carrier has one or more training facilities. For example, American Airlines has one in Fort Worth and one in Charlotte. Pilots have to learn a wide range of different skills which are not only how to fly particular planes but how to deal with specific types of dangerous situations and ancillary needs such as learning how to perform CPR.

Simulators are generally provided by the aircraft manufacturer and come in two basic types: systems simulators and full-motion simulators. A systems simulator has no visuals, just controls. The pilot learns how to push buttons and perform procedures in the right sequence. The full-motion simulator is a large box on hydraulic mounts that has a visual screens and can tilt in any direction. It is used for training maneuvers.

Not the answer you're looking for? Browse other questions tagged airline-operations flight-training airlines flight-simulator or ask your own question.

188
Can Microsoft Flight Simulator help me learn to fly (or make me a better pilot)?
46
How close is X-Plane experience to real flying?
3
What are the differences between PC and professional simulators?

36
Why do some airlines operate fleets so diversified?
4
Do real aircraft have something close to the GPS/NAV modes in FSX?
2
How useful are simulators in pilot training?
13
How do airlines manage routes when respective aircraft undergo B,C or D checks?
7
What hardware and software is needed to put together a basic flight simulator?
14
Why have none of the US /UK/Japanese airlines ordered the Irkut MC-21 yet?
0
How to calculate altitude in a flight simulation?
8
What are accurate flight simulation models called? Is there a standard model?
8
What is the lifespan of a level D simulator?
1
Is there a standard button layout on a side-stick for software-based flight simulators that matches what would find in real life?