Why are the outboard Krueger Flaps retracted before the others on the B747?

In this video, I noticed that the outboard Krueger Flaps on this Boeing 747 were retracted while the middle and inner sets remained extended (refer to 3:22 - 3:30 in the video). My questions are:

Please note that I have already reviewed the below Aviation SE questions (and their answers):

But I haven't found anything related to how flaps (leading- or trailing-edge) might be extended or retracted in a staggered fashion like this.

The flap selection handle detents and resulting device positions are:

At least one carrier, TWA, but maybe others, ordered aircraft with additional setting. I seem to remember 15° and 40°, but the above was the 'standard'.

Why the staggered retraction?

On takeoff, it's all about changing the wing from a low-speed wind to a high-speed wing. Normal takeoff flap setting for the -100/200 was 10°. I think it's 20° for the -400 but I never flew them. As you retract the flaps (both leading and trailing edge), the minimum safe airspeed increases approximately 20 knots for each decrease in flap extension. That gave you a safe bank angle of 15°. Add 10 more knots and you could, as I remember, bank 30°.

So, in the video the airplane is accelerating, and flaps are being retracted in stages as it reaches the minimum safe airspeed for that stage.

I'm not knowledgeable enough to authoritatively explain why, if you want to change part of a swept wing to a lower-lift wing while leaving part of it as a higher-lift wing, you need to make the change to lower-lift from outboard to inboard, but I do know, at least I think, that you must avoid the possibility of the outboard wing stalling while the inboard is still flying. You need to retain outboard aileron control as long as possible. Thus, retract the outboard leading edge devices before the inboard devices.

Does each leading-edge flap configuration have its own unique setting on the pilot's flap-control lever?

On approach, are the leading-edge flaps extended in a reverse staggered order?

Yes. On approach you're slowing, and you must not slow below the minimum safe speed for your flap setting. Those speeds will be lower than the respective takeoff speeds because you're lighter. I just looked up the fuel for a -400 that I have on my weight and balance web page, and it shows 359415 max fuel. Thus it's not unreasonable that you might be as much as 340000 lbs lighter than at takeoff and the minimum safe airspeed for a given flap setting could conceivably be in the range of 40 to 50 knots slower than at takeoff.

Flaps, Krueger flaps, and slats are all ways of modifying the wing's airfoil to effectively increase its camber. 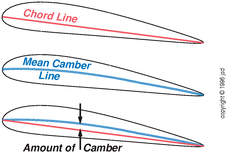 Stalling happens when the air-flow separates. That is, rather than continuing to flow along the surface of the wing, it starts to simply flow away from the wing. It typically happens at high angles of attack. 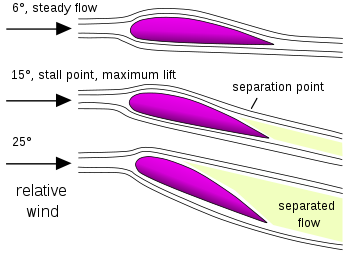 When the wing's camber is increased, it's effectively operating at a higher angle of attack, even without moving the rest of the plane to a nose-up attitude.

Washout helps prevent this, but twisting the wing decreases the wing's efficiency all the time, even though most of the time there's no real chance of stalling, so you're losing a lot of efficiency in return for safety you only need a little bit of the time.

Deploying flaps/slats primarily toward the root of the wing increases the camber and effective angle of attack at the root of the wing without affecting the camber/angle of attack at the tip. When the aircraft is cruising, the flaps/slats are retracted, so the wing can fly (reasonably) optimally. Tip stalls are dangerous enough that in most cases, you'll still have a little washout, but substantially less than you'd need if your also had flaps and/or slats operating at the tips of the wings.

Off the the top of my head.. not all parts of the wing generate the same amount of lift and the staggering could be a way of balancing .. equalizing the forces on the wing.

I believe the area nearer the wing tips have a higher lift to drag ration (ie high lift.. low drag) and will generate lift earlier than the rest of the wing. As a result, the requirement for flaps is reduced at a much lower airspeed compared to the thicker (higher drag) part of the wing.

Not the answer you're looking for? Browse other questions tagged aircraft-design flaps boeing-747 slats or ask your own question.

18
If flaps are used on takeoff, when should they be retracted?
10
Is it possible to takeoff without flaps extended?
11
What are the benefits of using Krueger Flaps?
4
Is the A320 family allowed to take off with the flaps retracted?

15
Why are flaps retracted when an aircraft is parked on ground?
18
If flaps are used on takeoff, when should they be retracted?
11
What are the benefits of using Krueger Flaps?
29
Why didn't the Concorde have flaps or slats?
4
What is this unusual leading edge flap on a B737-200?
6
Why does the A320’s maximum allowable aileron deflection decrease, rather than increase, when the flaps are extended?
0
Why does the DHC-6 pitch down when the flaps are retracted, rather than up?
11
Why are Krueger flaps called flaps and not slats?
18
Why is the DC-9-80 (“MD-80”) prohibited from taking off with a flap setting between 13 and 15 degrees?
3
Are overwing exits still useable if the flaps can’t be lowered?