What are these engine inlet devices used for?

While looking at the Boeing Chinook CH-47 for this question, I noticed the screens in front of the engines, and found similar devices in other photos:

A recurrent question here is about protecting turbine engines against bird/FOD ingestion. It seems that a screen can be used, at least at low speed.

The first photo shows the engine air intake screen. Its basically a screen to prevent FOD ingestion, as you noted. From CH-47 Theory of Operations:

An engine inlet screen which maximizes foreign object damage (FOD) is installed on each engine. The reduction in engine power available with screens installed is negligible. The engine inlet screens have bypass panels. These two panels are on the aft end of each screen. Quick release fasteners attach the panels to the screens. They are removed if the ambient temperature is 4°C or below and there is visible moisture

It is an All Weather Screen (AWS) intended primarily to prevent ingestion of large items that would cause foreign object damage to the compressor blades. 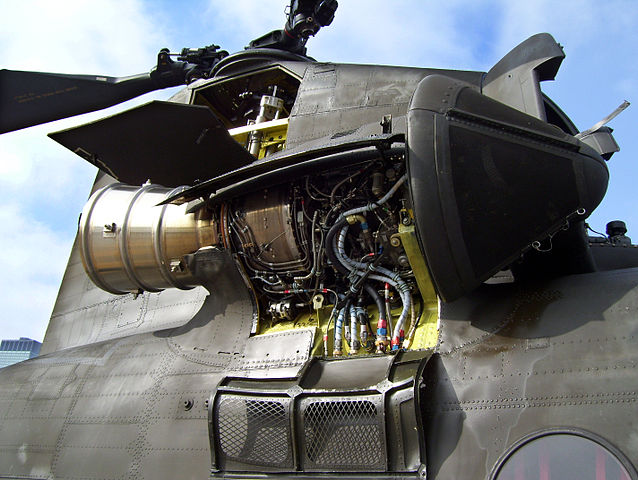 The second photo shows the Engine Air Particle Separator(EAPS) unit, which in this case is the Pall PUREair System 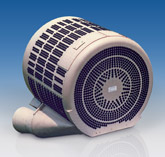 The EAPS is there primarily to protect against ingestion of sand and dust, which, according to Why an Engine Air Particle Separator (EAPS)? can cause multiple problems like,

As the article notes,

A CH-47 in the desert with only the AWS could achieve only 12 landings before both engines were changed. With EAPS, it did 13 landings with no change in horsepower. in another desert test CH-47 engines with AWS deteriorated to an unacceptable level in only 30 hours. With EAPS, there was no degradation.

In case of desert environments, EAPS is a must if you want your engine to survive any more than double digit hours. This particular type of EAPS belongs to the Vortex tube separators and uses a vortex generator to separate the sand and dust from air.

Contaminated air entering the ... air cleaner tube assembly is given a swirling motion induced by the vortex generator. This swirling motion causes the heavier dirt particle and water droplets to be thrown radially outward by centrifugal force toward the wall of the tube. 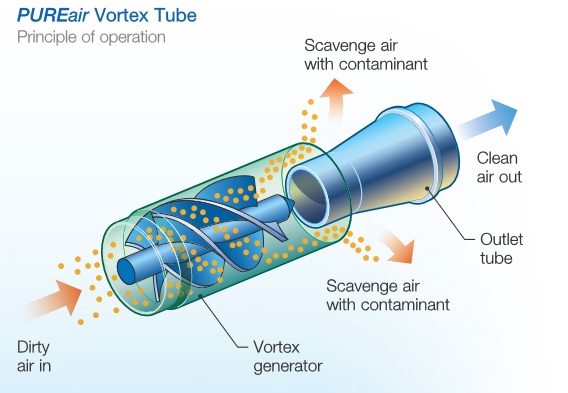 Not the answer you're looking for? Browse other questions tagged military turbine bird-strike ch-47 or ask your own question.

32
Would it be viable to install a screen in front of jet intakes to prevent them from sucking in birds?
14
What are these sensors on the Night Stalkers' Chinook MH-47G?
8
How do intake deflectors work?

11
Can a convergent nozzle be used for a supersonic jet engine?
10
What are MTRs used for?
16
What are the differences between the CH-46 and the CH-47?
16
What precautions are taken to avoid bird strikes?
14
What are these sensors on the Night Stalkers' Chinook MH-47G?
13
What engine are these fan blades from?
6
Why aren’t diesel piston engines used on aircraft like the Saab 340 or L-410?
1
What procedures are used for midair refueling without air supremacy?
11
What are these accelerating flare countermeasures called?
1
What maintenance actions are required after a bird strike?