How would a helicopter deal with auto rotation when it transports a hanging payload? 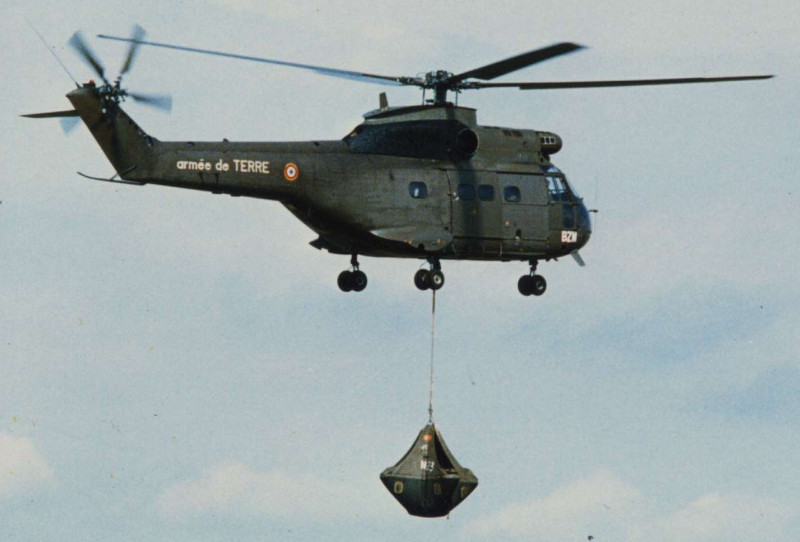 Any help would be greatly appreciated. If you can give me something to read and learn further for myself, that would also be great.

In theory, with that load, the rotor revs will be higher during the descent, and releasing the load just before flaring will give the pilot more rotor energy to control the aircraft with the collective in the last stage of the landing.

But it would be more prudent, in my opinion, to release the load as soon as possible. After all, in any dead stick landing, the lighter the aircraft, the better...

From the Operator's Manual of UH-1D/H, which are single engine helicopters:

When engine failure occurs during cruise flight, proceed as follows:

For civil helicopters in the USA, external load operations are covered by 14 CFR part 133, which defines several classes of external loads and the operating rules for certification. In order to be certified the helicopter operator must provide a Rotorcraft-Load Combination Flight Manual (RLCFM).

An example of an RLCFM is found here, it does not contain any special procedures for autorotation upon engine failure. References to Long Line Operations in an R44 for agricultural activities are found here.

Autorotation upon engine failure and carrying an external load are high workload situations with a higher than normal inherent danger. Combining the two is not a good idea: FAA AC 133-1B specifies that the emergency release mechanism of the external load must be demonstrated before certification.

Generally last minute configuration changes have adverse outcomes as the aircraft configuration creates instability which impacts judgement and the ability to perform maneuvers, such as auto rotation.

With sling loads there are added complications which include:

I have not been specifically trained for sling loads, but I believe that the decision will first be influenced by altitude, then payload weight, then type of payload and release mechanism (if any), etc.

For your project, you might try to get some Army training materials, and I would search the journals and magazines for articles. The company "doctrine" will change depending upon the business, the region and the regulatory agencies involved.

Not the answer you're looking for? Browse other questions tagged helicopter auto-rotation payload or ask your own question.