When were airbrakes used for the first time in aviation?

I would like to have some information about the history of airbrakes. 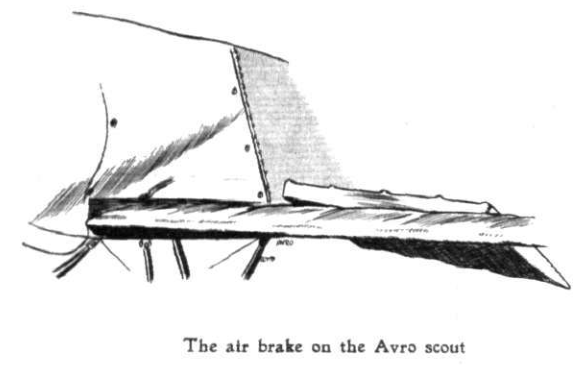 I'll answer the title question, as the complete history is too broad. That would be the Avro Scout (model 511) of c. 1914. Only one was built. Yes, that suspiciously looks like flaps. Back then +100 years ago that invention was called an air brake, flaps are air brakes after all.

Most unusually for its time, the inboard lower wing featured landing flaps air brakes, so the 511 landed at a sedate 35 mph (56 km/h). 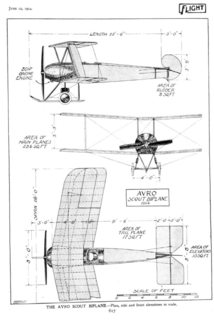 Not the answer you're looking for? Browse other questions tagged aerodynamics aviation-history airbrakes or ask your own question.

4
Do major passenger airline jets have airbrakes/speedbrakes?
25
Why is New York-London used in time measurement for aircraft?
10
When were flares first used as IR countermeasures, and by whom?
5
When was trim on airplanes used for the first time?
7
What prevents aircraft with a tailcone APU from using tail-mounted airbrakes?
5
When, exactly, were the DC-8’s airbrakes removed?
7
When were checkerboard fiducial markers first used in aircraft development?
5
What are the differences between top and bottom mounted airbrakes?
5
When were commercial pilots first allowed to use glasses?