Is it practical to integrate turbofan or ramjet engines into an airliner wing?

The de Havilland Comet had turbojet engines integrated into its wings, such that its nacelles were mostly flush with the wings like so: 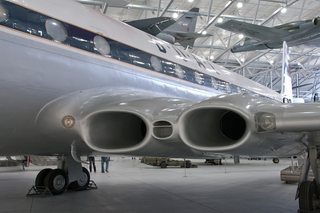 I recognize that turbofan engines are significantly larger in diameter than most turbojets, making the Comet's arrangement impractical for most modern airliners, but would it still be possible to integrate the engine nacelle with, say, the bottom of a wing while maintaining good aerodynamic characteristics on the wing? Would ramjet engines, owing to their lower profile, be more practical to integrate into a wing than turbofans?

The first turbofan, the Rolls-Royce Conway, had a bypass ratio of only 0.25 in order have a small enough diameter for placement in wing roots. It was initially planned for the V bombers and planned civilian derivatives of them. So yes, it is practical to place a turbofan engine in the wing, but comes at a cost:

Next, now your leading edge is occupied by an intake and cannot use any of the possible leading edge devices to increase lift at low speed for take-off or landing. The same goes for the trailing edge. The consequence is:

Larger wings weigh more and produce more drag in cruise. The last reason might be the most important: In operation, a podded engine is much easier to service and to repair than a buried one. The lower maintenance cost was the main driver for podded engines in the later members of the first generation of airliners (Boeing 707, DC-8, Convair 880).

There are fewer designs with ramjet engines, many of which never took to the air. Here, placement in the wing plane was mostly chosen to avoid thrust-related pitch moment changes. However, a ramjet is best used at high speed, and then you need to keep wing thickness down in order to reduce wave drag. Therefore, the engine placement cannot really be called buried anymore, but is closer to the buried than the podded variety.

The best example is the Lockheed D-21 drone pictured below (source). Since the aircraft is practically a ramjet with wings, the engine dominates the appearance. 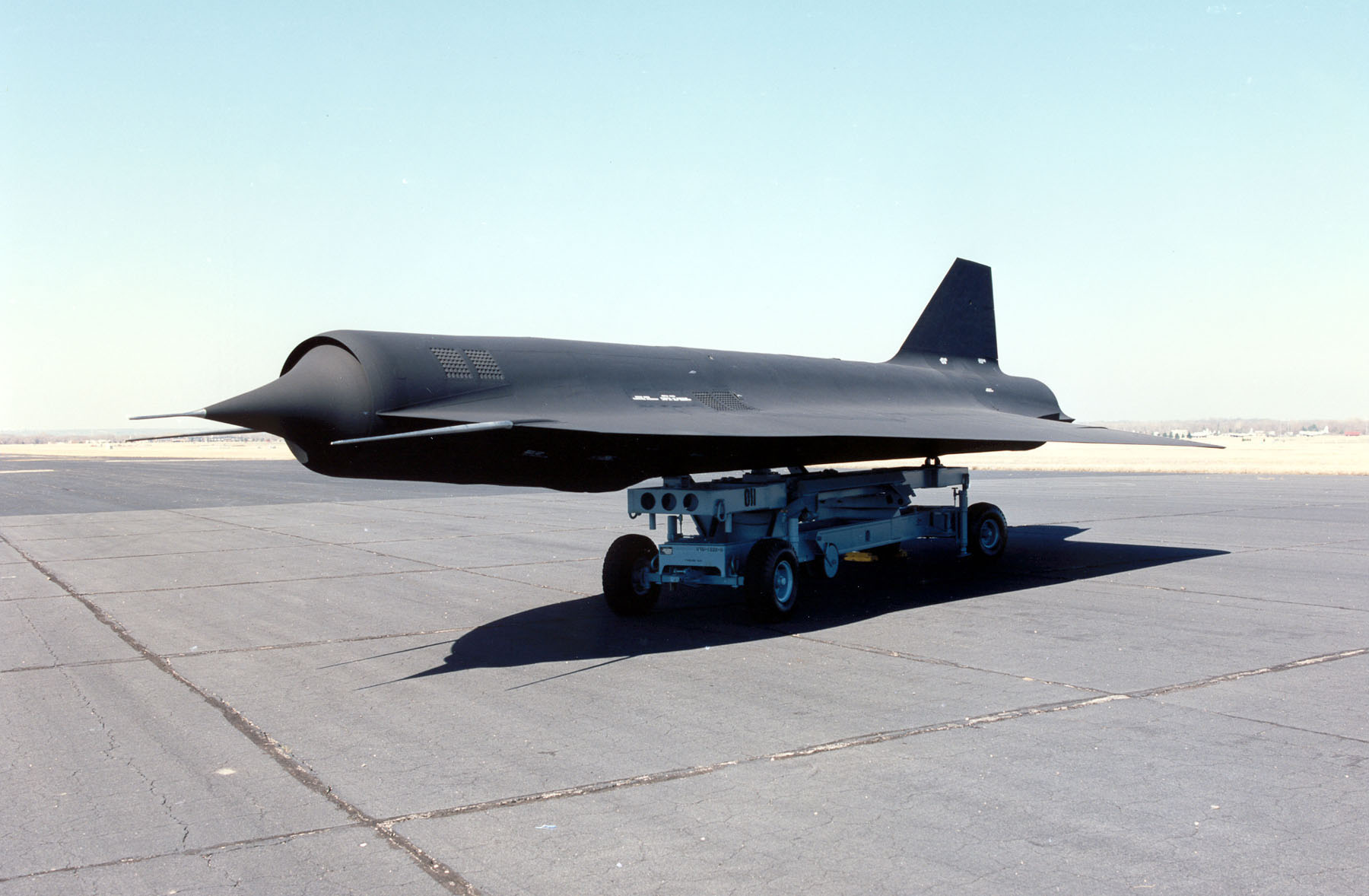 Due to the high thrust needed for supersonic flight, supersonic aircraft keep their engines close to the wing and designs with podded engines like the Convair B-58 or the Myasishchyev M-50 were the exception. Stealth aircraft want to hide the hot exhaust and often use an overwing exhaust location which makes their engine placement also a buried one. You might argue that the engine of the Lockheed RQ-3 pictured below (source) is actually in the fuselage, but being a flying wing it does not have one: 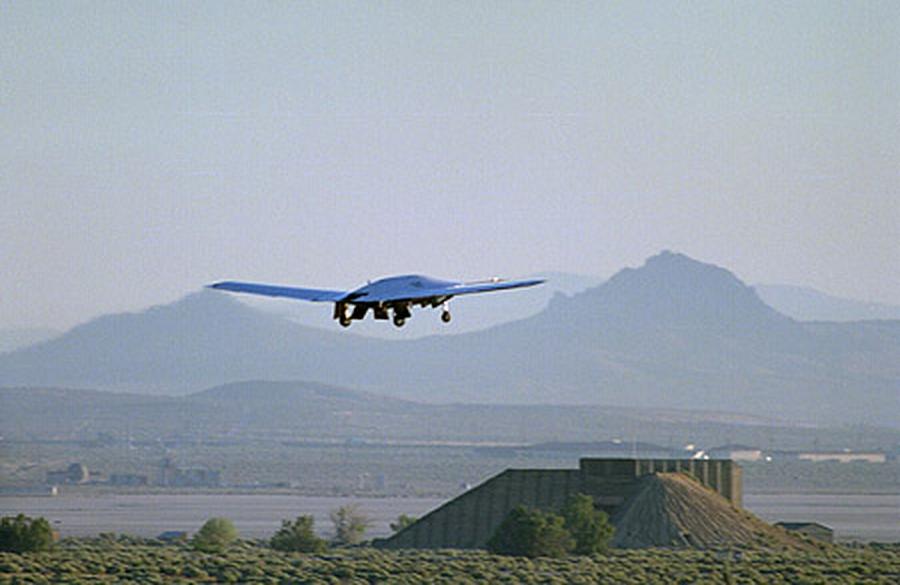 The RQ-3 and similar designs like the Northrop B-2 clearly show that a turbofan engine location inside the wing is very practical indeed.

The book Synthesis of Subsonic Airplane design by E. Torenbeek contains some sections on jet engine placement. According to the writer, buried engine installation was favoured by British designers and podded engines by American designers. 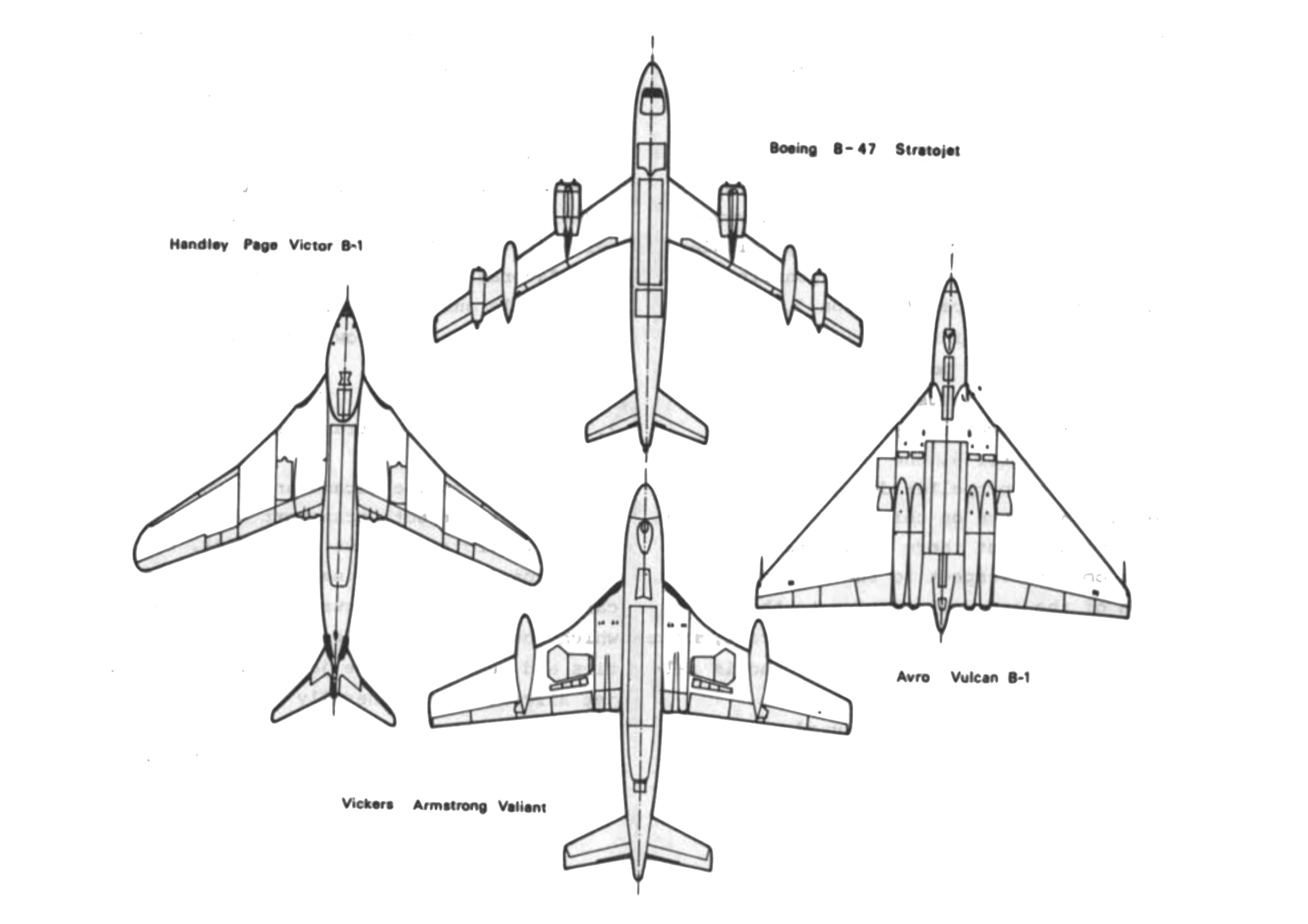 Figure 2-12 depicts four bomber planforms, one American and three British. The wing area of the British designs are quite large to provide the space for the engine mounting compared to the wing of the B-47, while span is identical. The book then mentions some of the advantages of wing root mounted engines:

a. The extra draq resulting from the buried engine installation is only a few percent as against about 15% of the total drag in the case of a configuration similar to the B-47. Incidentally, the current generation of turbofans show a value of about 8 to 10%.

b. As a result of the low wing loading and low value of $C_L$ in cruising flight, maneuvering is possible without compressibility problems such as buffeting.

d. As a result of the low wing loading, the low- speed performance will be better.

e. The relatively low aspect ratio wing box structure will lead to greater stiffness and aeroelasticity will be less of a problem.

Many of these arguments are only valid up to a point, and in particular the progress in engine technoloqy towards high bypass ratio engines, together with the development of more efficient high- lift devices in 1950-1970, has settled the case in favor of high wing loadings and pod-mounted engines .

So wing root mounted engines have less drag, however wing pod mounted engines provide bending relief of the wing which saves on structural weight. When mounted in pods in front of the leading edge, they provide torsion relief for aeroelastic effects such as flutter. Less drag was the only direct advantage of having no engine pods, all other advantages cited are due to using wings with low aspect ratio/span loading.

Engines buried within the fuselage can only be used when the payload has a relative1y small volume and enough space is available for the engine and its inlet and exhaust ducts and for the wing center section. Generally speaking, this will only be the case with small private aircraft and trainers, as far as civil aviation is concerned. The relatively large diameter of modern high bypass engines virtually pro- hibits the installation of engines buried in the wing roots, as in the Hawker Siddeley Comet and Tupolev 104.

So turbofans are most impractical to install in the wing root, pods underneath are really practical maintenance-wise. Perhaps ramjets, but how does the aircraft get to the speed where ramjets can operate?

According to Joe Sutter in his book on designing and implementing the 747, placing the engines in pods under the wing had two advantages:

The engines were much easier to service.

In the event of a major engine failure, less damage is done to the wing.

In recent years, the sheer size of the larger turbofans used in commercial aircraft preclude their being mounted within the wing.

There have been two catastrophic failures of engines on Airbus A380's in recent years, in that a good deal of the engine disintegrated. Both aircraft remained flyable and were landed without further damage, so that part of the design has definitely been proven.

Not the answer you're looking for? Browse other questions tagged aircraft-design jet-engine wing nacelle or ask your own question.

11
Why did the CL-400 Suntan have engines on the ends of its wings?
2
If engines are closer to the wing (or in the wing) does it increase efficiency

33
Why do we never see high-bypass turbofan engines sharing the same nacelle on large airliners and similar aircraft?
11
What could cause GE and Rolls-Royce turbofan engines to sound different?
3
What is CVG in turbofan engines?
12
Can we eliminate the center tank of large passenger planes?
8
Why do turbofan engines not have a contrarotating second fan?
5
What fraction of air intake becomes bleed air in airliner engines?
7
Why aren't there any single turbofan airliner?
12
Why wasn't the 737 MAX's landing gear lengthened enough to mount the engines under the wings, rather than in front of them?
0
Would an airliner fly more efficiently on a fatter wing at a low altitude?