Can an airliner land safely using only propulsion control?

In this amazing story ,after losing all hydraulic power of the aircraft , Captain Al Haynes guided the plane to the Sioux city, crashed but saved 185 of the 296 lives (United Airlines Flight 232-Sioux City, 1989). After this incident, NASA started to work on PCA systems. 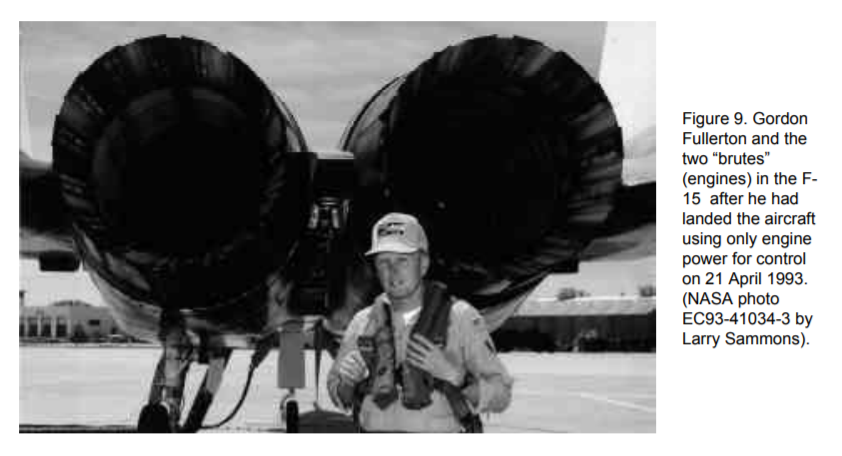 Gordon Fullerton landed an F-15, using only engine power. How did the F-15 land while the airliner crashed? Since an airliner and a fighter jet have different engine positions honestly it would make more sense to me if the airliner made it to the ground but fighter couldn't because it has relatively greater distance between engines, so better capability of yawing and as a result of having a shorter wingspan a fighter needs to fly faster to stay airborne. I understand the weight difference, i understand the possibility of adverse weather conditions during 232 flight, but i still don't get how a fighter is more capable than an airliner.

Some airliners have in fact landed more or less successfully using only engine power for control. The 2003 DHL attempted shootdown incident is an example.

A major difference between United 232 and Fullerton's landings you cite is that Fullerton was working for NASA testing a system designed specifically for the purpose of assisting pilots in controlling an aircraft with power alone. United 232 had no such system. See https://www.nasa.gov/centers/armstrong/news/FactSheets/FS-041-DFRC.html

Not the answer you're looking for? Browse other questions tagged airliner landing jet fighter propulsion or ask your own question.

5
Can pilots land an aircraft with only the use of throttles?

29
Can a fighter jet land on a modified airliner?
16
How can the Pipistrel Apis land safely?
5
Can a plane land safely if it loses power during approach?
9
How much snow can cover a runway while still allowing commercial airliners to land safely?
6
How does a jet fighter with water-skis land safely?
5
Can an aircraft be stalled at low altitude and safely land on water?
1
How to land using horizon?
4
Can motorjets be a viable means of propulsion?
0
Can thrust be produced only using the forward speed of a nozzle?