Spinning wing heat dispersion dynamics for Mach 24 and beyond?

Could a spinning disk dropped from orbit survive speeds faster than conventional aircraft in our atmosphere? Does the rate of spin matter when dispersing heat? Does a spinning disk create stability from tumbling at hypersonic speeds?

Some hypersonic planes don't appear to have a blunt edge at the nose. I want to say a blunt edge is design either not to melt off and/or help slow the vehicle. I am on the fence if a blunt edge would be needed for a disk that glides in? 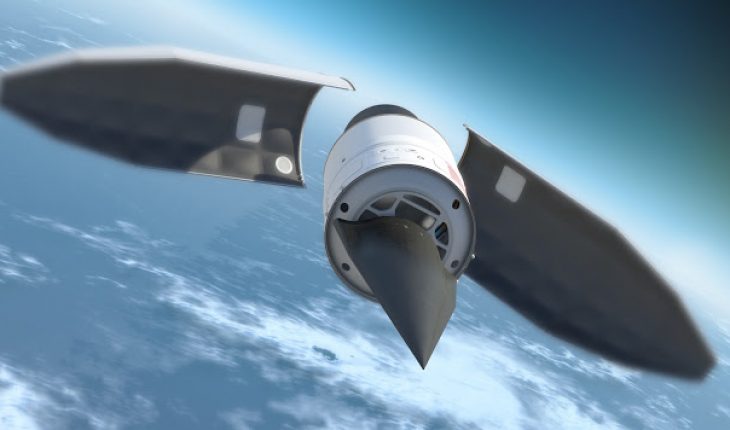 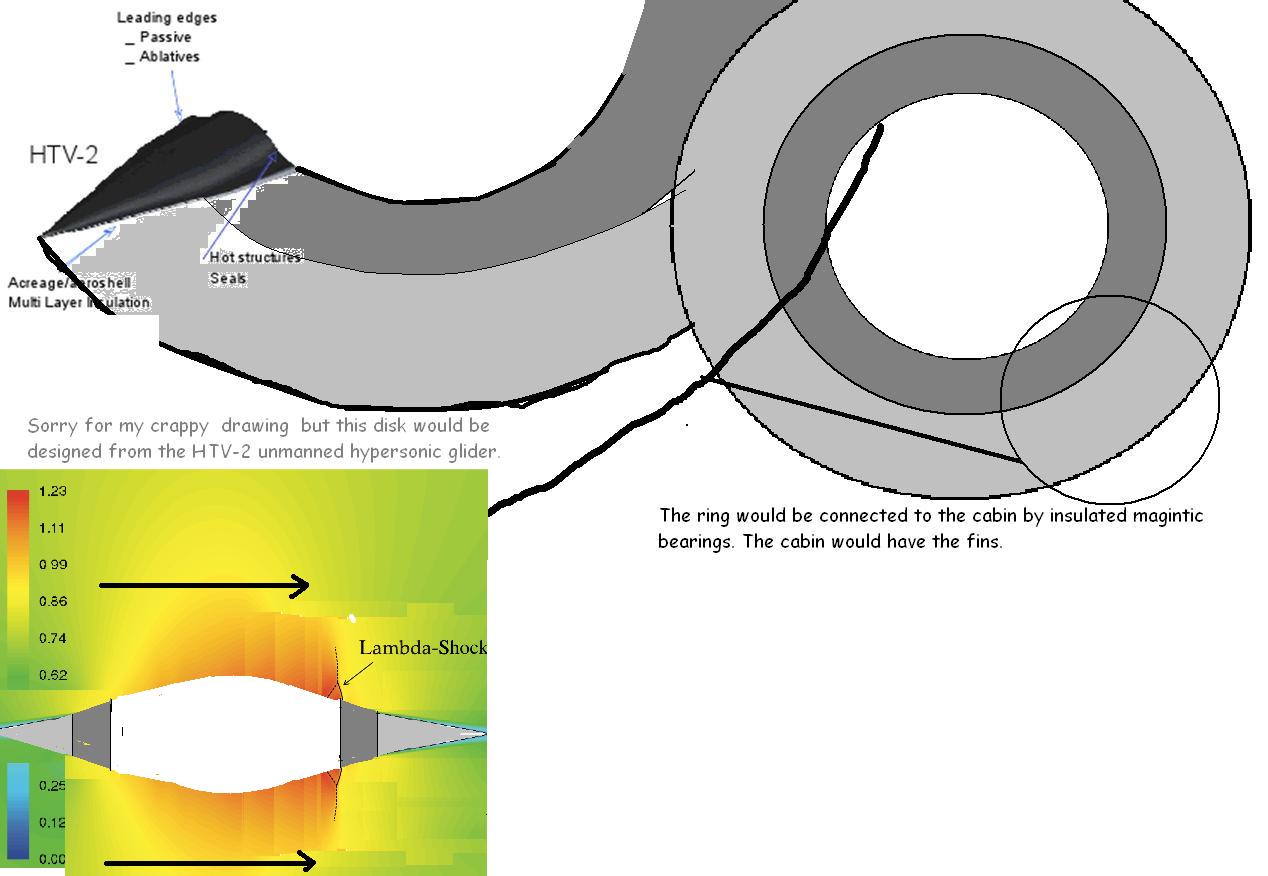 This is a picture of the experimental HTV-2 sub-orbital hypersonic re-entry glider with a sharp profile but in the form of a disk to disperse heat away from the edge for a higher top speed. Could this wing profile be adapted to a disk?

Actually, a slower, rotisserie like roll could be considered. But the Apollo missions solved re-entry from outer space (25,000 miles per hour), as compared with orbital re-entry (18,000 mph), and even slower sub-orbital speeds by shifting the weight in the capsule to actually glide through the atmosphere, keeping its re-entry angle at an acceptable level. Without this innovation not only would the capsule be subject to higher temperatures, the G forces on the human occupants would also be much higher. (This "gliding" was further improved on the Space Shuttle). Orbiting Mercury astronauts did not have it as easy.

Also, re-entering blunt end first creates a large shock wave in front of the capsule, keeping the highest temperatures away from it. The rounded bottom also contributes to stability. This is Keep It Simple and Stupid (KISS) at its finest. Something to think about today.

This is the heat distribution during reentry for the Orion capsule: 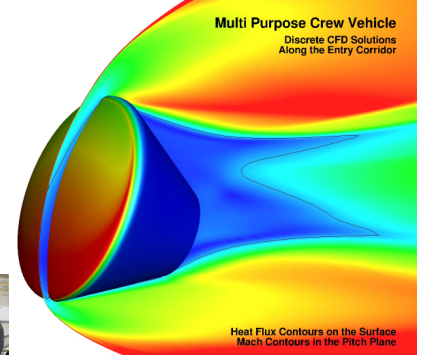 So the leading edge is hotter than the trailing edge, even for very large angles of attack (almost perpendicular).

The cost to do this is high, though: you have to either spin the entire disk (unpleasant for the crew) or spin the outer shell relative to the innards (complex). Controlling the vehicle becomes more difficult. You can't deploy parachutes while the craft is spinning.

it probably would not help with heat dispersion, for the following reason. The rate at which we could conveniently spin the disc (~several thousand RPM- assuming there are no people inside it!) yields a rim speed which is extremely slow compared to the speed with which the disc would be re-entering the atmosphere. so from the standpoint of the very rapidly evolving gas dynamics & heat transfer mechanisms taking place between the hypersonic shock wave in front of the disc and the body of the disc itself during re-entry, it is as if the disc were essentially not rotating.

Apparently, the world records for flying discs (depending on which source you believe) are 144 km/hour and 152.9 km/hour. Achieving supersonic speeds would be quite the improvement above either of these records.

62
What are the advantages of a Spinning Wing (Magnus Effect) and why haven't any been commercially produced?
2
How to calculate aileron deflection for achieving similar roll dynamics at thin and dense air?
9
If no low-speed compromises were made, what would an ideal Mach-3 wing look like?
5
Is there currently any heat shielding and paint for speeds of up to Mach 6?
5
Angle of attack difference between outer wing and inner wing during a descending turn and climbing turn
4
How to calculate the variation of Z force with elevator deflection (Zδe) in Nelson for pitching dynamics?
0
Procedure for simulating nonlinear flight dynamics
2
Could a wing be designed to exploit both normal flying and ground effect?
0
Formula for comparing drag on planes flying at different speeds at different altitudes. Ex: Mach .80 at 40,000 ft, vs Mach 5 at 100,000 ft