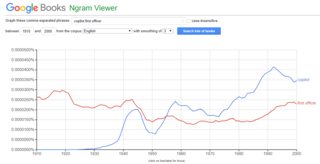 22
When does a flight require a copilot?
12
Has there even been a case of pilot incapacitation due to food poisoning?
8
What are the roles of the co-pilot in commercial aviation?
5
Can two captains fly an airliner?
6
What is a Second Officer?
5
What are common airline crew titles and positions?

33
What can airline pilots do if they are no longer in the position to fly, career-wise?
5
Should people flying UAVs be called "Operators" or "Pilots"?
15
What is the origin of the term "pax"?
15
Are "Tally-ho" and "no joy" acceptable ATC terms for civil operations?
4
What is a "natural flight loop"?
22
What exactly do "captain", "pilot", "co-pilot" and "first officer" mean?
3
Why is it appropriate to announce ‘stable’ on final approach?
4
Is there a proper term to use when you're referring to the total number of people on an aircraft, including both the passengers and crew/pilots?