How are large cargo aircraft loaded at airports?

Passenger aircraft are accessed at gates, or using buses. While they are parked waiting for passengers to board, the area they use is billed by the airport.

I was wondering what is the procedure for loading large cargo aircraft, whose payload must be moved slowly, using relatively complex equipment, and fastened to the airframe carefully. 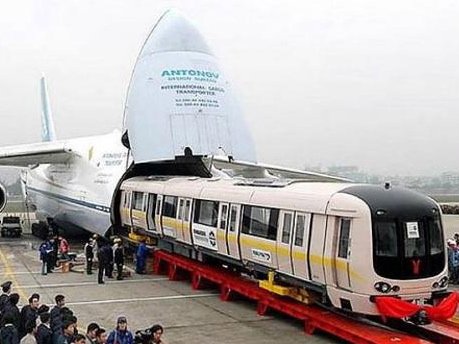 This takes time and if the area used is also billed, the cost could also climb a lot.

They will be loaded/unloaded on the ramp somewhere,

In the case of a facility like the one UPS owns in Louisville KY. they will have a large amount of ramp space in and around the facility which is on the field. 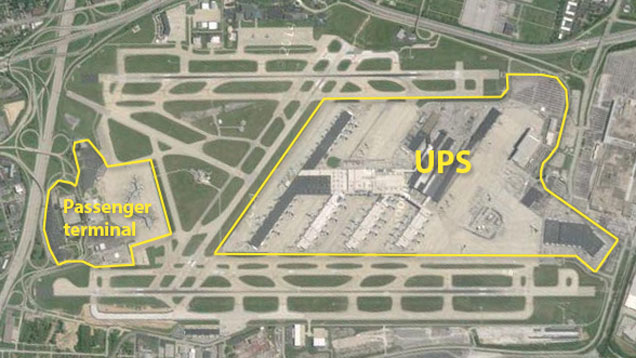 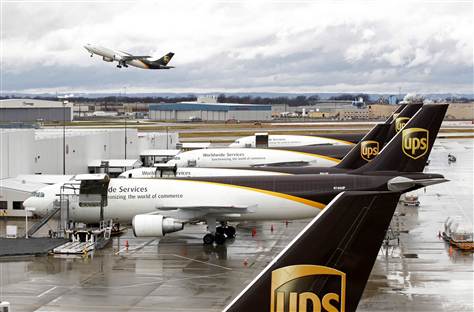 Keep in mind that some cargo will go on passenger planes and may be loaded at the gate. Along with everything else. In this case the cargo will be accepted and sorted (most likely at one of the above example buildings) and then towed over to the aircraft.

Airport fees here in the states are often charged by weight so the fees to the field will be judged on that. The fees for the cargo operations will most likely depend on what you need done such as loading/unloading, storage, customs, refrigeration, live stock services etc. I dont see any explicit prices listed but here is another one of JFK's cargo handlers CAS, I would assume you could contact them if you wanted some pricing on a given transaction.

I would not think the reinforcement is any different than anywhere else, a fully loaded aircraft be it cargo or people is the same weight.

Not the answer you're looking for? Browse other questions tagged airport cargo or ask your own question.

14
Why are landing fees at large airports based on weight?
31
What are the steep ramps often erected at large airports?
5
Is there a special ULD to be loaded at the main cargo door?
9
How is heavy cargo secured in military cargo carriers?
2
Are cargo aircraft ever ferried empty?
20
Are there any privately owned large commercial airports?
24
Why do cargo airlines frequently choose passenger aircraft rather than aircraft designed specifically for cargo?