What was the takeoff run distance of a Fw 200 Condor bomber/transport?

The Fw 200 Condor was a large plane of Germany during WW2. It was used in recon and bomber roles against convoys. Wikipedia lists several specs including max takeoff weight of 24.5 tons and 4 engines producing 895 kW each.

But I could not find takeoff run distance, neither there nor in google. I would like to know how long of a runway was needed for it.

Unfortunately i could not find this information for the basic variants, but for the Fw200F an Focke Wulf document from 1943 states following 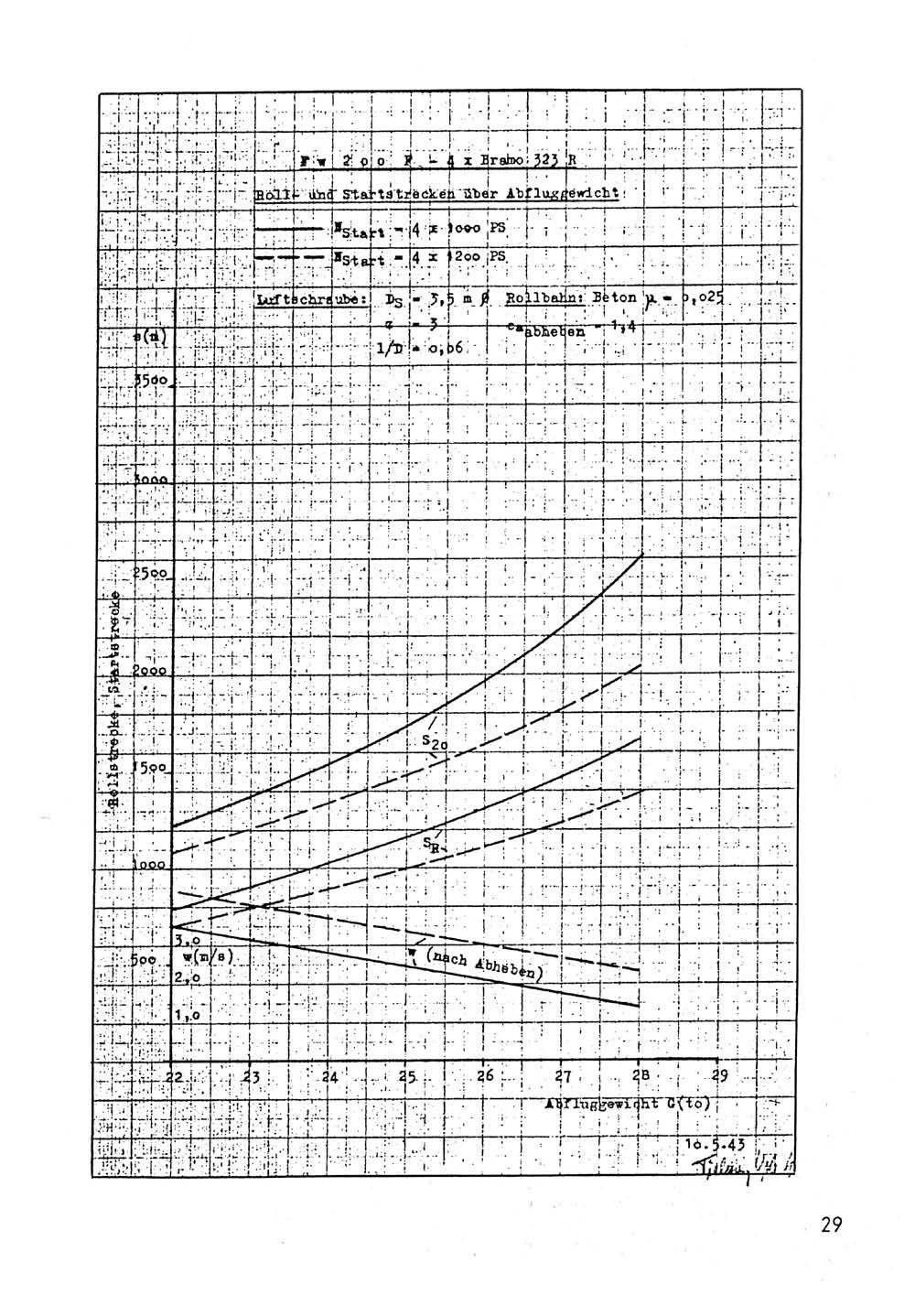 The Fw 200 isn't really too large (even back then). A couple hundred were built during a time were many thousands of other types were built. So it's not very popular to easily find information about it online (trust me, I tried). More popular planes from that era lack that bit of information online as well.

The why is interesting, before the jet age, all you needed was a 6,000-foot runway and you were good to go (performance calculations were still performed, but you know what I mean, aircraft didn't need much runway until the jet age).

Based on Wikipedia, an aircraft of comparable role, configuration, and era is the Douglas DC-4E (almost same size by the way, and 4 big 1,080 kW engines).

From this flightsafety.org report, we find the Douglas C-54 Skymaster (what became of the DC-4E via the DC-4) when loaded at 25.5 tonnes (the serendipity of the coincidence) needed 2,750 feet (839 m) of runway. That should apply more or less to the Fw 200.

Note: On a different day with less or more headwind, or a runway with a different slope, or any of the many variables, that number changes. Not to mention there were many Fw 200 variants.

If you need the figure for reasons other than curiosity, some sellers specialize in historic AFM's (aircraft flight manuals) where you will find all the performance information you need.

This should suffice unless a more specific answer comes along, which would need the variant and the exact runway specifications (elevation, slope, etc.), weather conditions, etc.

Not the answer you're looking for? Browse other questions tagged military aircraft-performance aviation-history or ask your own question.

5
What were the typical dimensions of a WW2 US bomber formation?
9
How effective was WWII bombers self defense anti-air armament?
0
How can I calculate takeoff distance in a generic way?
4
What is this British bomber?
3
Was a strategic bomber raid ever completely wiped out?
11
Why was the Vulcan bomber used for the Falklands raid?
1
What is (or was) the "international frequency"?
1
Is "takeoff distance" measured over the ground, or to a point in the air?
5
What was the most efficient cruising altitude of the Lancaster bomber?