Has there ever been a seaplane with inflatable airbags rather than traditional pontoons?

Traditional pontoons are big and cause a lot of drag. It would be nice to retract them like normal landing gear but they are just too big.

Has there ever been a seaplane with inflatable airbags instead? They way I imagine it is a lot like normal landing gear, with lowering struts from the wings or belly. But instead of wheels, it has a wound-up airbag that's unrolled and inflated.

I think this would save a lot of drag and weight, and I'm a little surprised that this apparently doesn't exist over the 114 years or so of airplane history. Is there something unfeasible about this concept? I suppose getting propeller clearance over the water is the biggest concern, but I would think slightly long legs on the landing gear would be sufficient and well worth it to save all that weight and drag from those big pontoons.

Edit: This is for the really small planes.

I would think the stresses would be fairly high and I dont know of any off the bat but there have been helicopters outfitted with them. 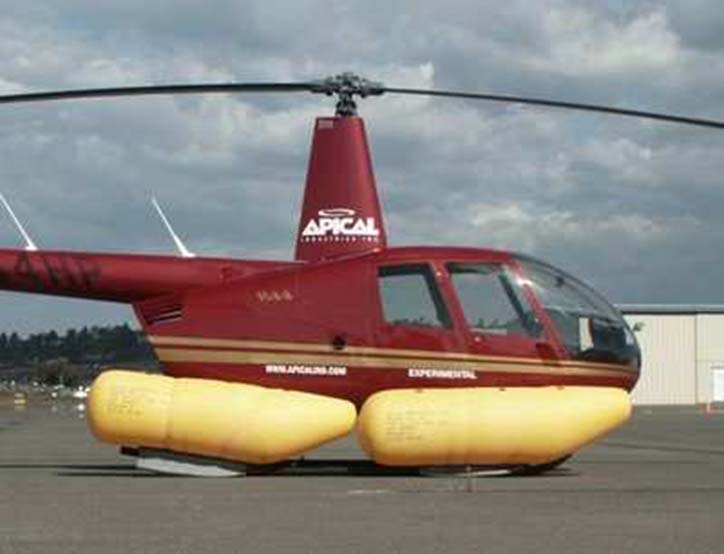 On the drag front, this is only really a problem for smaller sea planes (C172, Caravan etc.). On the large side of things when you want to reduce drag a belly land design is used like in a Grumman G-21 or even as far as the worlds largest airplane the Hughes H-4 Hercules.

The Goodyear Inflatoplane was used with a hydroskid so technically one can say that there has been at least one plane with inflatable floats. There also several ultralights that use soft floats, too.

There was an attempt made during the 1950s to build a sea-plane fighter jet with retractable water skis (the Convair F2Y Sea Dart). The basis for the idea was that supersonic fighters were bigger and heavier than all previous fighters, and the US Navy was worried that the carriers would be too short for safe takeoffs and landings.

With a seaplane there was no such worry; the aircraft could simply be lowered into the sea, turn into the wind and take off, and be hoisted back onto the carrier after it had landed.

The stresses on an inflatable float at take-off and landing would probably have been too high for the materials of the 1920s and 1930s, when seaplanes and flying boats were economically and militarily important. Another approach was invented by the Blackburn Aircraft Company in the UK: a retractable float.

Their B-20 experimental flying boat avoided having the deep hull that would have been necessary for propeller clearance by being able to lower its whole underside a few feet. This did actually work, and the aircraft's crash was due to an unrelated flutter problem. 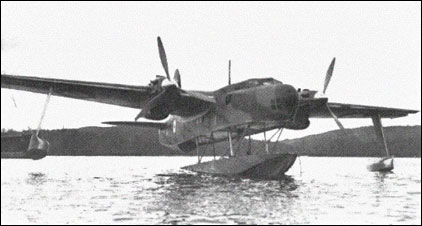 Bell did some experiments with a hovercraft setup on a Lake LA-4. If you do a Google image search for "Bell Aerosystems air cushion undercarriage", you'll see pictures of it, as well as a DHC Buffalo and a Soviet attempt. https://goo.gl/images/uVUFfA

Not the answer you're looking for? Browse other questions tagged aircraft-design aviation-history landing-gear seaplane or ask your own question.