What kind of cable is used to transmit signal from flight control computers to actuators?

I am a student and have been researching about ARINC 629 and AFDX. In b777 fly-by-wire system, what kind of cable is used to transmit analog signal from Actuator Control Electronic (ACE) to the respective electrically-controlled actuators? What kind of bus cables/connectors are used in ARINC 629? What about in AFDX? Does AFDX use fiber optics?

The ACEs [Actuator Control Electronics] and PFCs [Primary Flight Computer] communicate with each other, as well as with all other systems on the airplane, via triplex, bi-directional ARINC 629 Flight Controls data busses, referred to as L, C, and R. The connection from these electronic units to each of the data busses is via a stub cable and an ARINC 629 coupler. Each coupler may be removed and replaced without disturbing the integrity of the data bus itself.

Triple: The B777 has A629 buses that can be dual, triple (flight controls) or quadruple (engine controllers) for redundancy. A triple bus means the information is send on 3 buses in parallel, using 3 bus interfaces, like this: 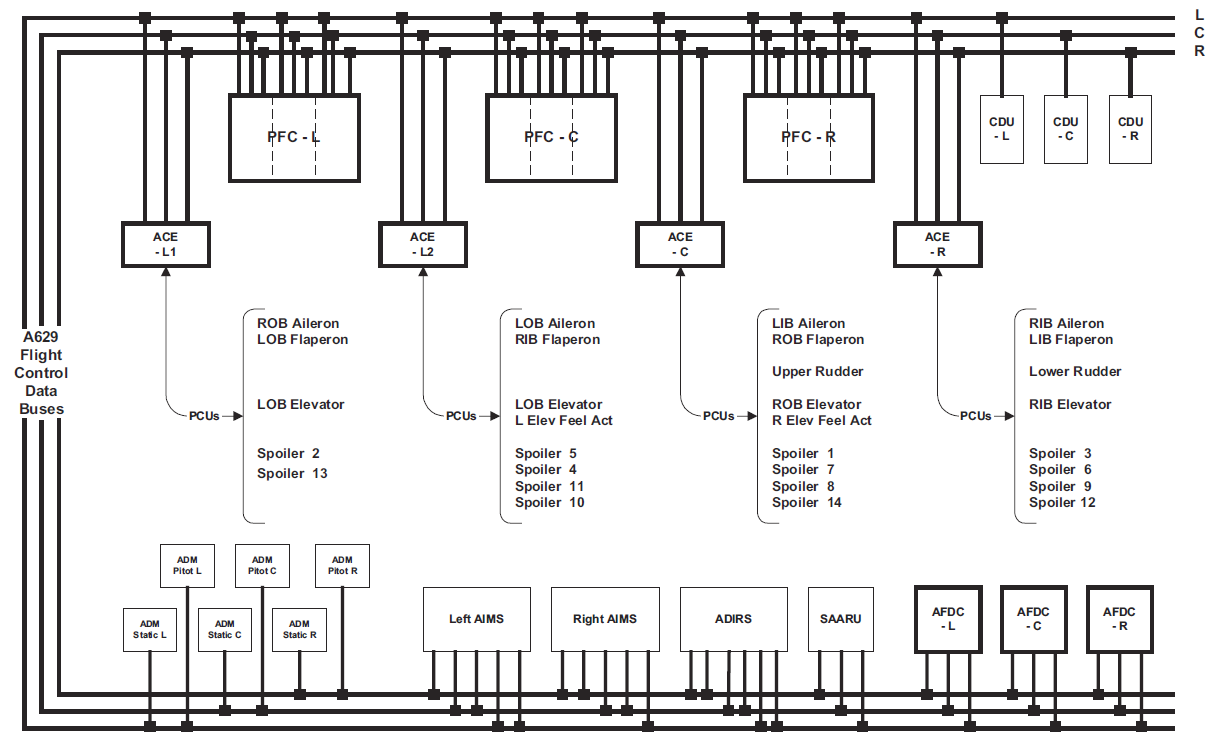 The primary flight controllers have three lanes allocated to different functions: command, monitor and standby. Each lane is connected to a different bus of the triplex.

A629 is in many points similar to thin Ethernet (e.g. 10Base2) but uses a twisted pair instead of coaxial cable for the physical layer:

Coupler: This is actually a transformer and data are transmitted by induction.

Data: Data on the bus are digital, coded with Manchester bi-phase.

Instead of a bus topology it uses a star topology. Switches are used to connect the different nodes. 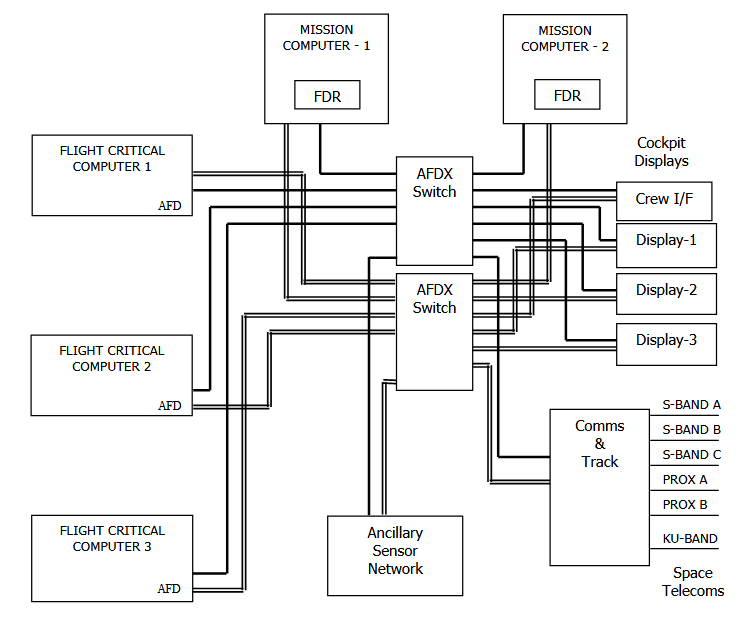 The particularities of the switched network:

AFDX also allows for virtual links, that is defining a point to point virtual circuit, to completely abstract the network layer.

Not the answer you're looking for? Browse other questions tagged aircraft-design wing flight-controls fly-by-wire afdx or ask your own question.