Can I model propellers used in electric aircraft the same way as I model RC quadcopter drones?

I am writing an article about mathematically modelling a flying car, using D'Alembert's principle. I need some information about the propellers ... When I worked with the mathematical model of a small RC quadcopter I found that many researchers consider the thrust of the propeller proportional with the square of its angular velocity and the same for the torque of the propeller. I am interested in something similar for the bigger propellers ... Is the assumption still holding? Can someone give some numerical values for the constants? The flying car (VTOL vehicle) I am modelling has six propellers, therefore I need less then 1000 N of thrust for each propeller. Therefore my first question is: Is it ok to say

$C_T$ depends on the configuration of the rotor: blade pitch, number of blades, blade chord etc. It can range from 0 to 0.01, without knowing more about the config of your rotor we can take the average at 0.005 the value 0.001, see update below. 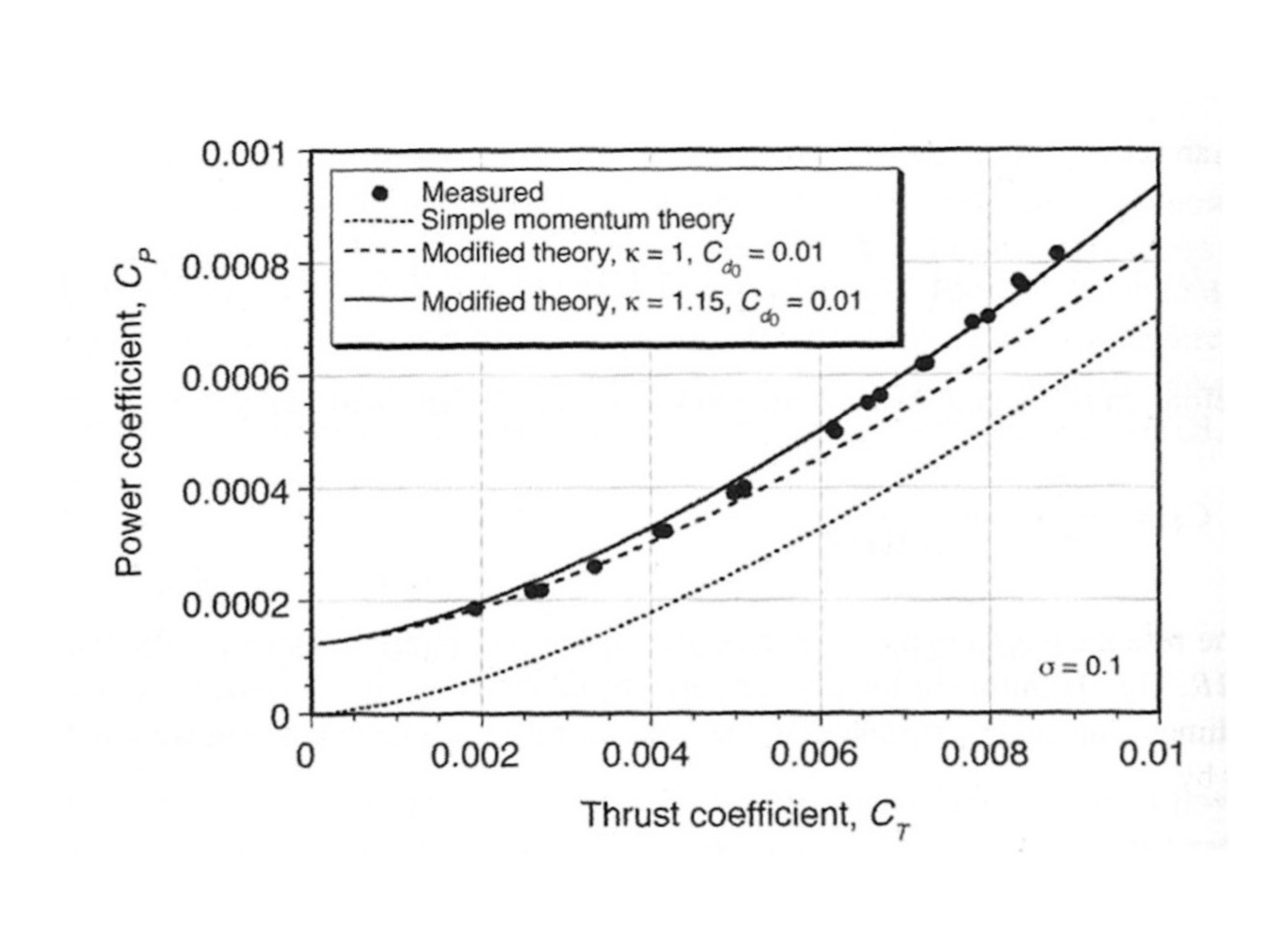 The above $C_T$ is valid for helicopter rotors. For quadcopters with their much smaller rotors, induced power losses, tip losses etc are much higher. This document gives a detailed discussion on $C_T$ of small rotors, although a direct comparison cannot be made since they use a different definition of $C_T$. With this in mind, and using the definition of $C_T$ as above, a better choice for $C_T$ would be 0.001, and the corresponding $C_Q$ is 0.00015.

15
Can an ultralight aircraft fly with a 18hp engine?
0
How to calculate altitude in a flight simulation?

27
Is there any equation to bind velocity, thrust and power?
23
What types of wood can be used for making propellers?
6
What is the incidence angle of a propeller in the terminology of the Wright Brothers and how did they obtain it?
8
Do quadcopter propellers break the sound barrier?
4
Why does this calculation show Gustave Whitehead's propellers were more than 100% efficient?
2
Where can I find info or techniques on calculating the influence of a duct on the thrust and efficiency of a propeller?
2
How can I calculate the relationship between propeller pitch and thrust?