In a turbofan, why are there no stators behind the fan?

Why are there no stators behind the fan? At least, I've never seen any turbofan design that has stators right behind it. (Here is the latest turbofan I've looked at, the CFM56. Cutaway part starts around 00:35.)

The purpose of stators is to redirect the airflow to be mostly axial. Without them, the air would be spiralling too much.

The fan is the biggest compressor so I would think stators are needed there more than any other place, but apparently that's wrong. I just do not know why it's wrong.

Edit: Yep, there are stators there after all. Just because they're not shown in a video doesn't mean they aren't there. Oh well.

Right behind the fan you can see the stators.

Here they are from behind. 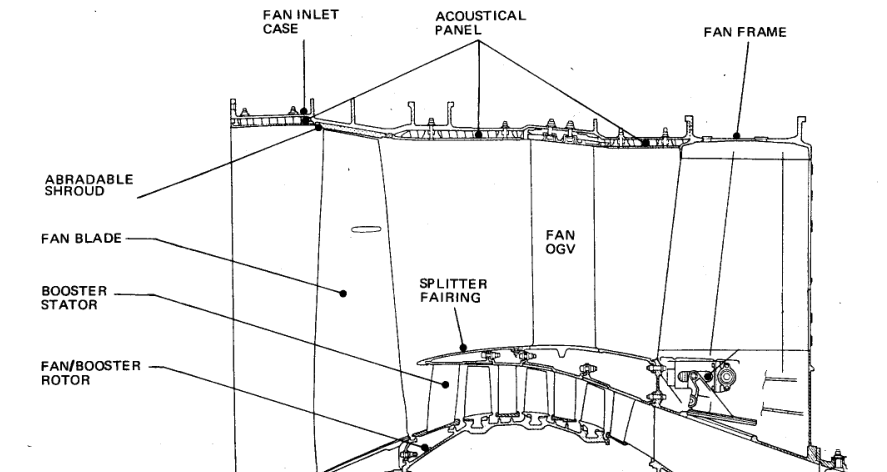 You can watch the fan removal here: CFM56 7B Fan Blade Removal

Below is the stator assembly for the GE90: 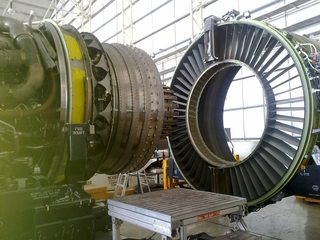 10
Why do many large turbofans have a gap (of turbine blades) between the LP turbine and HP turbine?
9
Why do turbofan engines not have a contrarotating second fan?
9
What is the function of the aft stator in CFM's open rotor engine design?
6
How do exhaust cones affect the performance of turbine engines?
5
Do any propellers/propfans use stator vanes? Why is this not a commonplace feature?

12
What drives and/or allows the move to higher-bypass turbofans on jetliners?
9
Why do turbofan engines not have a contrarotating second fan?
6
Why is a turbofan engine less efficient when air leaks over fan blade tips?
5
Do any propellers/propfans use stator vanes? Why is this not a commonplace feature?
2
What mechanism did the turbine reversers of early high-bypass turbofans use?
6
Why don't turbofan engines have shrouds affixed to the fan blades?
2
What is the most recent turbofan engine that used steel for its bypass fan blades?
4
Has there ever been a centrifugal turbine in an aircraft engine?
5
How come a turboprop can't reach speeds as high as a turbofan?